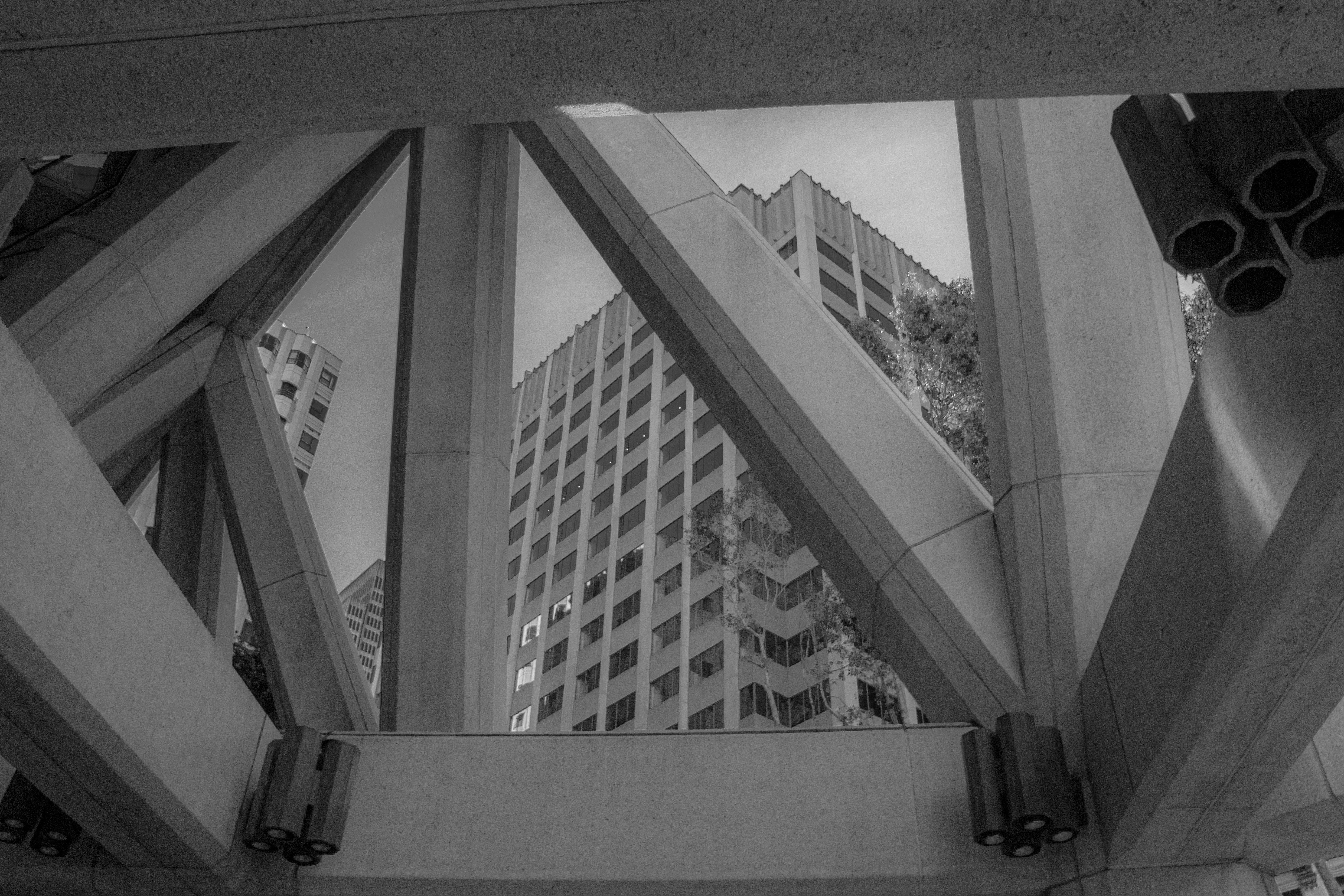 Anyone who’s visited San Francisco, since 1972 has seen the Transamerica Pyramid, one of The City’s most iconic structures.

I was in my teens when the building design was unveiled and quickly met with derision from the media and from public officials. It was criticized as something that would be more appropriate on the Las Vegas skyline than San Francisco’s.

The original plan called for the building to 1148 feet (350m) in height, effectively blocking views of the bay and skyline from Nob Hill, home to The City’s monied and exalted. In order to pacify the upper crust, the designers changed the height of the pyramid to its current 853 feet (260m).

I took a recent Sunday excursion to San Francisco’s Downtown to photograph this once detested structure. (On Sundays Downtown and the Financial District are nearly deserted).

From the building’s base and rising four stories, the pyramid features a web of beams that support the structure and also adds to the uniqueness of the building.

Peeking through the beams at a neighboring building

A view straight up.

Beginning at the 29th floor, two wings (or fins) rise to the top of the structure on opposite side of the pyramid. Besides adding to the distinctive design, these wings house elevators and stairways.

Below: Views from the ground at one of the “winged” sides of the pyramid. I used different black and white filters for different effects. If you use your imagination you wouldn’t know it’s a building.

I purposely kept the lens flare on this image.

Below is the color image of the above.

Fun pyramid facts.
The four-story base contains 16,000 cubic yards (12,000 m3) of concrete and over 300 miles (480 km) of steel rebar.
It has 3,678 windows.
The building’s foundation is 9 feet (2.7 m) thick, the result of a 3-day, 24-hour continuous concrete pour.
The building was designed with a myriad of seismic countermeasures in the event of an earthquake.
In 1989 when a magnitude 6.9 quake struck the Bay Area the top floor swayed for a minute from side to side by about one foot (30cm). Despite that terrifying ride the building sustained no structural damage.