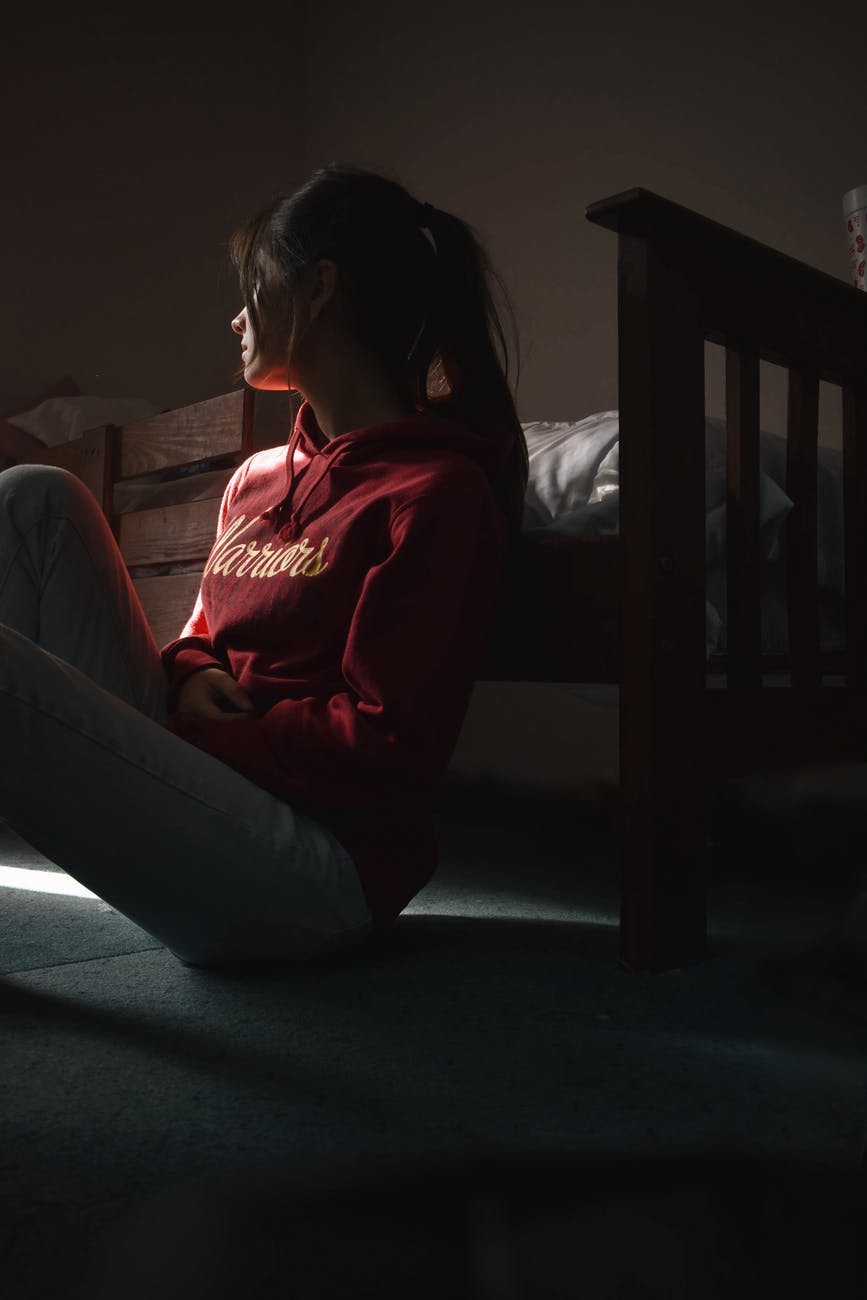 Monday morning in America. Not just any Monday morning in America. The day after Super Bowl Sunday, Monday. The annual Monday when a good portion of America is recovering from some variety of hangover. Hungover from a full season of football now ended, looking at months of withdrawal until the next season begins, and the sunken knowledge that golf, basketball, hockey and half a baseball season could never replace the cracking of plastic pads and occasional broken bones. Hungover from too many nachos or slices of pepperoni pizza. Most certainly hungover from far too many Margaritas chased with beer and a few Hennesseys as a little digestive.

There was no Super Bowl party here. No snack foods, no booze and no crowds of people. I barely watched any of the game. Cora of all people was the only one who watched from opening kickoff to the cascading confetti at game’s end. But there were plenty of Super Bowl parties.

How would I know this?

Sunday morning Cora asked me to stop at the store for some odds and ends.  She gave me that questioning look when I got home with no odds and not a scant end.
“No, I didn’t go to the store. No, wait, I take that back. I went to the store, peeked in and it was jam packed with people buying stuff for the Super Bowl parties that we’ve all been asked to not throw.”

How do I know they weren’t just buying for their own house?

Well, if so many people are going out and stocking up on giant economy sized jugs of vodka and tequila and cases of beer then America has another problem beyond COVID.

I know there were Super Bowl parties because the evening news showed those parties to the rebuking narration of indignant newscasters.

Let’s just be philosophical about it; we were overdue for a national super spreader event anyway. It’s been more than a month since New Years Eve. We’ve been far too lax in our bad behavior. If it wasn’t for Super Bowl Sunday we’d be going a full 2 ½ months of being moderately responsible. Remember the next opportunity for the lunacy of a super spreader event is until St. Patrick’s Day. Six weeks or so of sanity. How will we possibly manage?

Ironic, in a ghoulish sort of way that we decide to have a super spreader on the anniversary of the first known COVID death in the United States.

At some time during her 57 years I imagine she’d wanted to achieve fame in something or another. Through her mortality when her heart ruptured on February 6th 2020 she achieved immortality. Tissue samples analyzed months later revealed that her death was caused by COVID. This was not the moment of fame she would have been looking for. Patricia Dowd, remember her name. Might just as well remember her name because there’s no way that anyone can remember the names of the other 465,000. Most of them will be remembered only by the ones they left behind.

If I’m sounding a bit bitter it’s because I am. We’re closing in on the one year anniversary when things began to shut down; a year since we first hopped on this treadmill. And we know where treadmills lead to; N-O-W-H-E-R-E.

Monday morning. The Monday after Super Bowl notwithstanding it started like every morning; they all start the same. A peek out the window to see what I’m going to wear for the morning run (or on those days when it looks particularly miserable I stay in my ‘jammies, skip the run, feed the dog and go straight to coffee).

It was a gloomy Monday, though it could’ve been any day of the week. When you’re on the corona-calendar you lose track of the days. Dense fog shrouded the big hill behind the yard and the trees in their sparse winter garb looked ghostly in the mist. It would be a chilly morning but I decided to do the run anyway.

Halfway down the stairs, Jessica stopped me.
“The coffee maker isn’t working.”

No “good morning dad” or “did you sleep well,” just, “The coffee maker isn’t working.”

Reminded me of the bad old workday mornings when, before even settling into my chair, I’d be met by someone bearing a catastrophe that needed my immediate attention – stat!  “Skip your coffee and the bagels in the lunchroom, you need to find out why that container didn’t ship.”

On a Monday morning what could be more disastrous than the death of a coffee maker? Even running out of toilet paper is manageable; napkins, facial tissue, paper towels, that letter from the IRS. Even pages from a book might do.
“Hey dear, I’m in the can, could you please get me that book about the life and times of Ted Cruz?”
“Are you going to read it?”
“Oh fuck no. We’re out of toilet paper.”
“Oh! Okay, that makes sense.”

The coffee maker troubleshooting guide suggested running some vinegar through a coffee making cycle. I ended up with boiling vinegar gurgling in the water reservoir of a stopped up coffee maker. Maybe all it needed was a little castor oil.

My own diagnosis of the problem concluded that the poor thing died of overwork. Our Mr. Coffee was only two years old when it expired tragically. You might say it had never really achieved the status of Mister. It’s untimely passing came when it was still only, young Master Coffee. Another consequence of COVID; the household coffee maker that gets used all day, every day. Note to self, buy stock in Mister Coffee.

While the vinegar boiled in critically ill young Master Coffee I embarked on a depressing start to the day.

CNN reported the continuing spread of the variants and the troublesome questions: Will we get enough people vaccinated before the variants take hold and will the vaccines really work against the variants?

Will they work? The joy and hope of getting that first shot was being well, shot. Shot to shit.

I added my own question. How many more variants before we have to start over with new vaccines?

Here was another question. Do you all think that you (you being the medicos and the media) might stop proclaiming a “game changer” when two weeks down the line you’re going to start dowsing our candle of hope because you were jumping the gun about a game changer?

Just as we’ve been joyfully giving each other high fives (virtual of course) for the dramatic downturn in cases, CDC Director Dr. Rochelle Walensky warned, “this is the calm before the storm.”

Young Master Coffee never responded to the prescribed treatment of boiling vinegar in its gut and so I administered the last rights and tossed young Master Coffee’s still warm (from boiled vinegar) body in the garage.

An hour late, I took Lexi out for our run and right away the depression set in – hard. The sameness drained my spirits. The same start/finish, the same walkers, same runners, same dogs, same cyclists, same trees and bushes, same litter and dried up dog poop; same everything that we’ve been passing for months on end. A rigor mortised raccoon corpse added a touch of novelty. We’ll be passing the little beast, wearing it’s eternal death grin, for the next couple weeks until animal control comes by.

Same woman in the blue sweatshirt who looks at Lexi and always comments, “What a beautiful dog.”
One day I stopped to ask her if she wanted to greet Lexi. They got along famously. Lexi made someone’s day that day.

Same Filipina cyclist with blonde hair cascading from under her cycling helmet.

Same maskless guy who looks 12 ½ months pregnant, asking, with a guffaw, how I’m doing. His companion is always masked. He wears his like it’s a cloth chin strap.

Same couple – well I assume they’re a couple. He’s always about 20 paces in front of her. As Lexi and I pass she always says in a cheery voice, “Hey baby.” I assume that she’s addressing Lexi…..but one never knows

Most of the time they’re masked, the walkers, cyclists, joggers and dog walkers (though I’ve yet to see a masked dog). If you want to try and read a mood you look to the eyes. If they’re wearing sunglasses – well – they’re faceless.

I shortened the run from five miles to two.

As I completed my run, past the same apartment building, I wondered a few things.

I wondered about that old definition of insanity; “doing the same thing over and over again and expecting different results.”

Remember our treadmill? We close down – wait for case numbers to decrease – open back up – get complacent – have a super spreader – watch the case numbers increase – close down again. This has literally been the one year pattern. Seems insane to me.

I wondered if humankind is going through it’s Darwinian moment. Are we like the dinosaurs struggling to free ourselves from the drag of a tar pit of our own making?

Is the end game going to be survival of the fittest?

It seems that way sometimes; that our treadmill is taking us to our own uniquely human validation of Darwin’s theory. Maybe that’s going to be the way of things. We’ll just continue the year long pattern of shifting back and forth between mild discipline and outright complacency and let nature and coronavirus take their course.

Later that morning Cora and I bought a new coffee maker, hopefully with a stouter constitution than young Master Coffee.

Before the week’s out, young Master Coffee will be unceremoniously laid to rest in the landfill with household trash, other worn out appliances and former mob members who got rubbed out for dropping a dime on a made guy.

Virus or not, life is often a treadmill; the routine of the workday, the work week, looking forward to Friday, the weekend and then starting it all up again. We’ve always been able to break up the routine with dinner out, a movie, an afternoon at the museum and, every now and then, a vacation.

We’re on a different treadmill; a more restrictive one, one with fewer opportunities to jump off, to physically, mentally and emotionally refresh. It’s hard, it’s exhausting and it’s depressing. Depression is part and parcel with our treadmill. Our treadmill tempo is in constant flux. We plod, we step lightly, we run. Disappointment and contentment; despondency and cheer; hopelessness and hopefulness.

There is a bright side to this. I didn’t expire after having vinegar boiled in my belly.

Thank you for sticking with me to the end of an admittedly depressing piece. It’s Tuesday. I’m doing the editing and clean-up. As depressing as yesterday was, today is a breezy, light day on the COVID treadmill. My bike is repaired and ready to ride. A brand new camera arrived today. Moods are up in the house. The hangover is over, for a while anyway. I considered trashing this piece but in the end, the purpose here is to tell my own COVID story and most of that story has to do with moods.

18 thoughts on “The COVID CHRONICLES: TREADMILL”