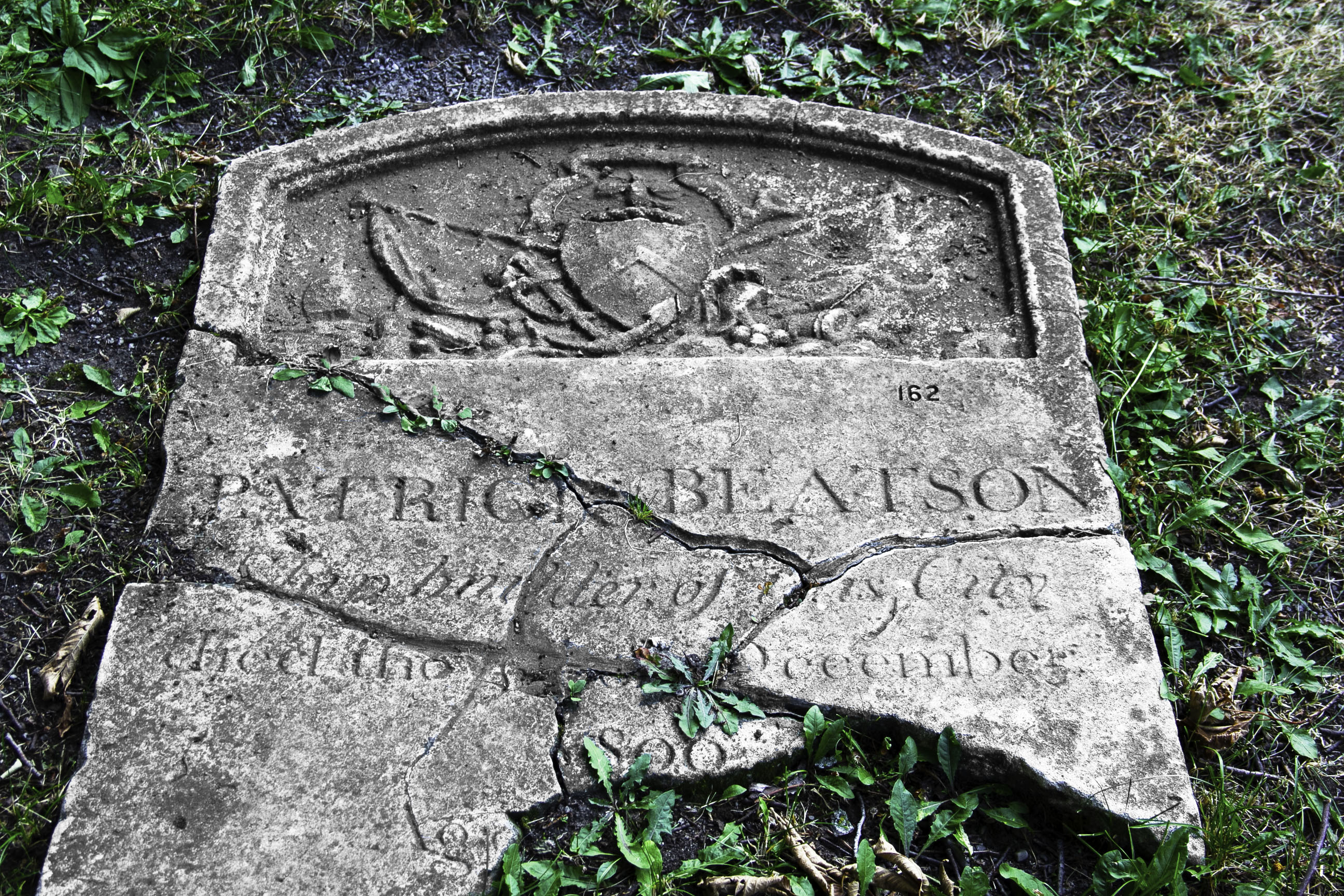 It’s October, the month of Halloween and the start of the more solemn Day of the Dead. As a tribute to those holidays I will be posting The Cities of the Dead, stories and photos of various cemeteries. A former co-worker once reacted in shock when I told her that I’d visited a cemetery in New Orleans. Macabre, she thought. Old cemeteries are fascinating. They tell stories of people and their times.

Rue St. Jean was our evening hangout during our stay in Quebec City. St. Jean is a lively, eclectic mixture of restaurants, shops; boutiques, bars, churches and history. You can do some shopping, have a quick drink at Bar Le Sacrilège where the seats are church pews; dine at one of St.Jean’s many restaurants; people watch while enjoying some gelato and then close out the night listening to some live music at Fou-Bar. The next morning you can ask forgiveness for your sins at Notre-Dame de Québec Cathedral-Basilica. It’s all there. And in the midst of all the lively goings on is a cemetery – a fascinating old historic graveyard.

During the early 19th century, Quebec City was one of the most important ports in North America for immigration from Great Britain.  By the mid-nineteenth century nearly half of Quebec City’s population was English speaking. In need of a cemetery to serve the Anglican and Protestant community, St Matthew’s was opened for it’s grim business in 1771. The oldest cemetery in Quebec City, St. Matthew’s is the eternal home for some of Canada’s earliest settlers.

Looming over the cemetery is St. Matthew’s Church which had it’s beginnings in the early 19th century when an Anglican priest celebrated mass for parishioners in the gravedigger’s house. Later renovations that included arched windows and a dome officially turned the old home into a chapel. The chapel was destroyed by fire in 1845. A new chapel was erected in 1849 with a capacity of 500. Between 1870 and 1882, architect William T. Thomas designed changes that transformed the chapel into the church that now presides over the graveyard.

During the 20th century the city’s Anglican population began to dwindle and in 1979 the city was asked to take charge of both the cemetery and the church. With their acquisition the church was turned into a library and the graveyard was designated a city park.

The park is a hangout for locals who meet and chat on stone benches under the many ancient trees. Dogs chase balls on the patches of grass, weaving around the many old tombstones that still remain.

I paid the park an early morning visit with my camera and then again with Cora one evening just before heading to dinner.

Above, aglow in the evening light, St. Matthew’s church is framed by a pair of old trees in the former cemetery, now park. In the two photos below, old grave markers flank old St. Matthew’s.

There are 314 gravestones in St. Matthew’s Cemetery representing 580 souls. The cemetery is the final home for some 6,000 to 10,000 people. However, given the limited space available people were buried in layers. So many residents yet so few gravestones. Why? Most of those buried in the cemetery (or their next of kin) would not have been able to afford a monument.

As with any cemetery the markers tell stories of life, death and the occupations of Old Quebec’s residents. Many of the markers are the victims of time and weather; broken, cracked, tilting and inscriptions worn.

The trio beneath the trees. Lt. Gilbert, Henrietta Hargrove and an unknown.

Above, three old tombstones share space with the gnarled roots of a tree. Below; cemeteries are prime subjects for editing, in this case a monochrome of the three tombstones.

Below, are detailed views of the markers in the center and right of the photo above.

Lieutenant Gilbert of the Royal Regiment of Artillery died 178 years ago this month of October at the young age of 18.

The dates of Henrietta Hargrove’s birth and death have been wiped clean from her gravestone.  What we can glean is that she was the wife of a quartermaster and the mother of four small children. Her marker is now embraced by the roots of an old tree.

Above and below, the marker of husband and wife Colin and Margaret Forsyth. Margaret passed in 1828, leaving Colin a widower for 12 years.

Above, one memorial in particular stood out from all of the others in St. Matthew’s Cemetery. Encircled by flowers and bright green plants it is much larger and more conspicuous than it’s neighbors. It sits like a centerpiece in the park. In contrast, below, this worn gravestone sits in the solitude of a tree shrouded corner.

Below, lies the marker of 18 year old Midshipman John E. Haig who drowned while serving aboard the HMS Vindictive.  John Haig was an officer in training. His shipmates placed a plaque in his honor in Quebec’s Anglican Cathedral of the Holy Trinity. As a sad footnote Midshipman Haig was survived by his widowed mother. In the same cemetery are the graves of other young men who died from drowning.  Near young Haig’s marker are those of Richard Beard, drowned at the age of 27 trying to help a stranger and James Ross who drowned at the age of 20.

Two views of the gravesite of George Cundy Johns, above as shot and below with some color editing and monochrome background.  Mr. Johns passed in 1859 and was remembered by his fellow ship masters.

Two views of a broken gravestone. Above as shot. Below, edited.

A Scottish officer and his family

Below is the gravestone of James Green, a Lieutenant Colonel with the 26th Cameronians, a Scottish infantry regiment of the British Army. During Lt. Col. Green’s tenure his regiment was likely doing garrison duty Canada. Green may also have seen service in Egypt and may have fought in the Napoleonic Wars.

Green lived to the ripe age of 85. He was survived by his wife Maria who died ten years later at the age of 84. Unfortunately both James and Maria had to see to the burial of their son James and James’ wife Elizabeth. The photo below was edited from the original. The gravestone is done in monochrome with swatches of original color and colored debris on the stone itself while the surrounding ground is shown in the original color.

Patrick Beatson was a shipbuilder. According to the book Historic tales of Old Quebec written by George Gale and published in 1920, Beatson oversaw the construction of a full rigged, 117 foot, 363 ton ship that was christened the Neptune. The ship was christened in 1797, 3 years before Beatson’s death. The photo below is edited with to show a monochrome gravestone.

The bistro and the graveyard.

Rue St. Jean is a festive, bustling street and a cemetery in the midst of all the gaiety is something of an incongruity made all the more apparent when I came across the view below. A solitary, centuries old gravestone sitting a few feet from al fresco diners at Le Veau d’Or.  The photos are, as originally shot and, in order to highlight the irony of the scene two shots with the graveyard portion in monochrome.

One has to wonder if a 19th century spirit lurks nearby listening in on the conversations of diners enjoying the bistro’s Italian cuisine.