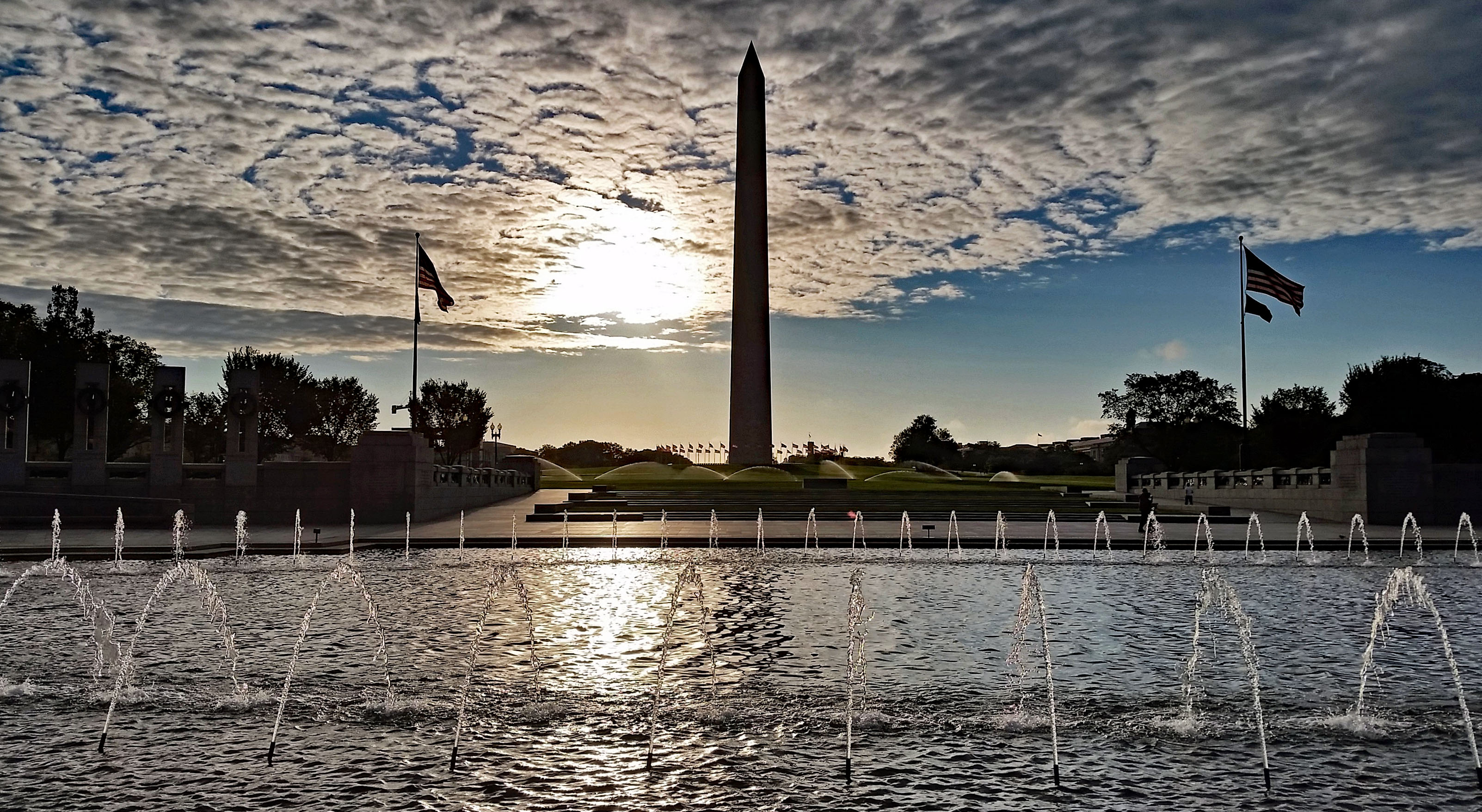 I’m the family morning person. When everyone else is just waking up, I’ve gone out for a run, I’ve showered and I’m sipping my morning coffee “Oh, you’re finally up.” It’s the same when we’re on vacation and it turns out to be a nice little symbiotic arrangement. Cora likes to sleep in and have a leisurely breakfast while I’m out running.  I get back just about when Cora is ready for the day’s activities so I just take a quick shower and usually blow off breakfast. Yeah I know, the most important meal….whatever.

I love the morning vacation runs. They’re a chance to get out while the air is cool and clean and before crowds clog the streets and paths and any sights I want to take in. There’s no pressure to crank out quick miles or cover a specific distance. These runs are minimal workout; veer off course when something looks intriguing around the bend or pause to take in something that’s pleasing.

In the late summer of 2014 we were staying at the Willard Hotel in Washington D.C., a historic nineteenth century hotel that’s located a short 1/2 mile from The White House and just under a mile from the National Mall, that long green park that houses America’s treasured monuments and flanked on each side by the stately Smithsonian Museums.

Six in the morning and I was out the door when my phone rang.  Really? It was my co-worker who was house sitting, calling to tell me that there’d been a significant earthquake in nearby Napa. There was no damage to the house and she was just calling to let me know before I heard about it on the news. Okay now I was awake for sure.

This run was supposed to be a little sightseeing run through the mall with no particular plan in mind.  There was no intention of making this into a photo outing. My plan quickly took a turn when the sun started to appear, lighting the clouds and the monuments in dazzling morning radiance. Sun and light aren’t indulgent. They don’t show up and then dally for your convenience. How nice would it be to impose on nature to hold that moment please; the perfect lighting while you fetch your equipment and set up. It was either going to be take pictures with my phone or skip the opportunities completely.

Located on a 2 acre parcel of The Mall, the Vietnam Veterans Memorial is comprised of a statue of three weary looking soldiers called “The Three Servicemen” and The Wall, which lists the names of the 58,272 men and women who died serving in Vietnam.

On a typical day the memorial is filled with people; they’re looking for a specific name on the wall, a friend, family member or loved one who perished. They might be there to leave a memento or a bouquet; or quietly and pensively contemplate the somber beauty. It isn’t a political moment. It isn’t a judgemental moment. It’s a place of reflection, both physical and spiritual.

I arrived at the memorial and found myself alone with the statue, the wall and the morning sun being filtered through the trees.

The men appear to be gazing into a distant light. Hope? Relief?

Washington Monument reflected in The Wall

In an era of universal polemics and political unrest – with no thought of glory, with no fanfare or public notice – 265,000 women volunteered to go where they were needed, to do what was needed. The era was known as Vietnam, and these young women, most in their 20s, risked their lives to care for our country’s wounded and dying. Their humanity and compassion equalled their lifesaving and comforting skills.

The statue is a representation of three women tending to a wounded soldier.

Desperately waiting for the helicopter

Washington D.C. can be sunny in the morning, rainy in the afternoon or just throw you a mix throughout the day. This particular morning was a typical mixture of sun and clouds.

Above and below: The Washington Monument under dramatic clouds as seen from the World War II Memorial.

There’s a story behind the final photo. I’d paused by the side of the pool on the far eastern end when I looked into the pool and saw the reflection of the clouds and the monument. From either the side of the pool or the east end the effect wouldn’t have been nearly as spectacular as catching the reflection of the monument and the clouds from the west looking east. Morning light is fleeting, and realizing that I could lose the moment in seconds I sprinted the third of a mile to the west end of the pool.  Caught my breath and caught the image.

This is one of my favorite photos. I have two regrets. I had to resort to my phone and Cora wasn’t there to share that spectacular D.C morning.