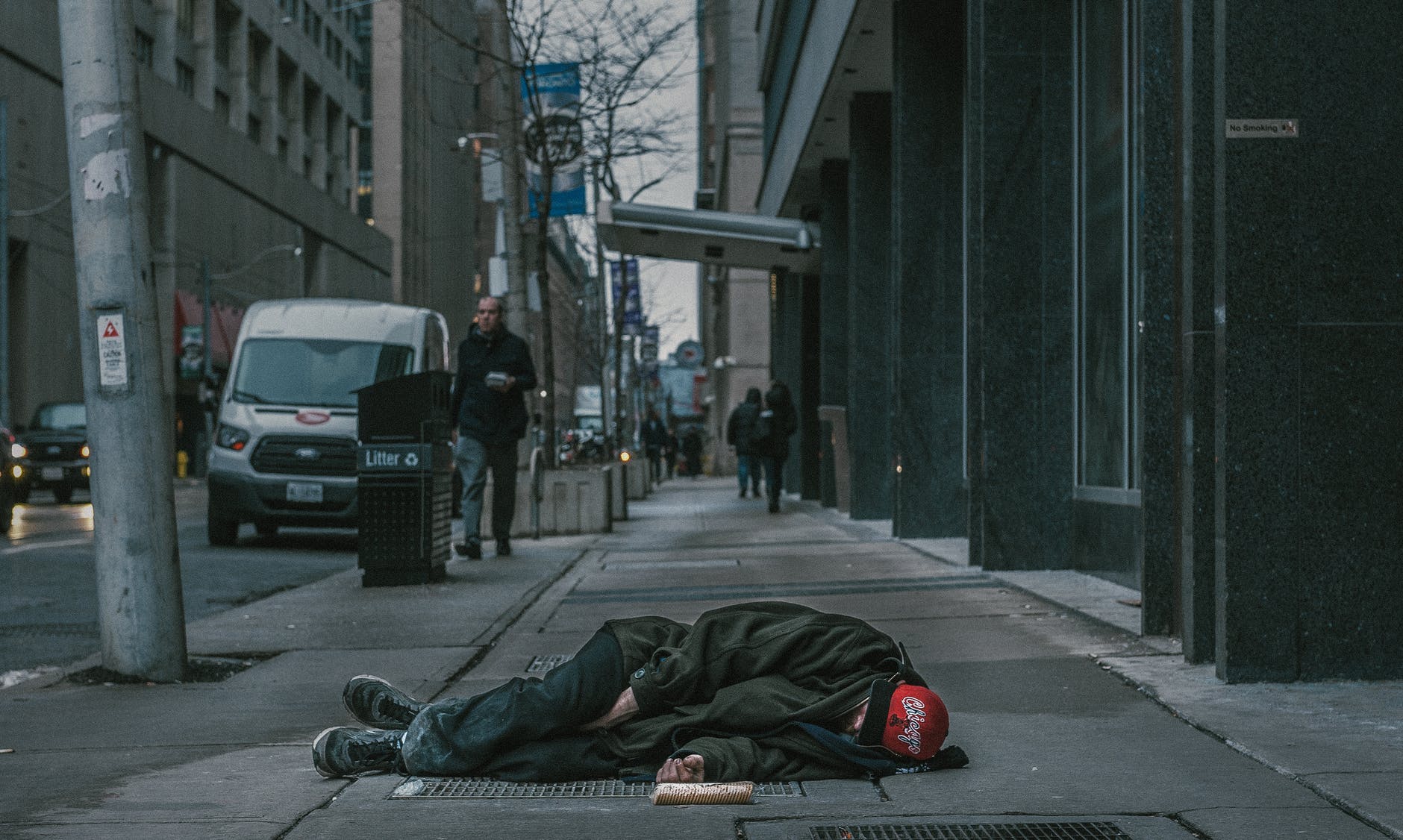 The atmospheric river was flowing earlier this week. Atmospheric river; that’s weather reporter speak for a gully washer that slams in from the Pacific. Before the storm hit I put whatever I could in a shed or in the garage. Whatever was left I covered with tarps. The storm crashed in and the tarps flapped and slapped as if they were taking out some anger over being left out in the gale.

It was a good night to be indoors. I had a fire going.  The smell of the fire mixed with the aroma of a meatloaf in the oven and a pan of roasting Brussels sprouts. There was a cast iron skillet brimming with scalloped potatoes sitting on the stove. Cora and I sat on the couch, she in a sweatshirt and muffler and me in a Pendleton shirt, close together in front of the fireplace. I love the Pendletons, they look, feel and speak of cozy winter warmth.

I was buried in a book and Cora was sewing. Lexi, was in a half sleep curled into a hairy black and tan ball on her dog bed in front of the fireplace. But for Lexi’s occasional dream spasms and the crackling fire it was stone quiet. There we were, a living Norman Rockwell, warm and comfy dandy on a winter’s night.

I’m not a fan of winter. Given the choice I’d be sitting in front of the pool with a good book but if we had to go through the seasonal routine I’d take it. It’s warm and spiritual by a fire, sitting with my partner and my dog while outside the wind is slamming sheets of rain against the windows.

At nine-ish Cora toddled off to bed and Lexi followed while I stayed in front of the fire with my book. Jackson came out of his room to ask what all the noise outside was about. I told him that he was probably hearing the tarps being thrashed around by the wind, adding, “If your great grandfather were around he’d say, ‘T’isn’t a fit night out for man nor beast.’”

A little while later and the tarps had blown off the grills they were supposed to protect. I tried to fasten them down but the wind wasn’t having it.
“Fuck this.”
I gathered up the tarps and tossed them in the garage so I wouldn’t have to fetch them from down the street in the morning and went back inside to get dry and warm.

Back to my book. The rain and wind were pummeling the windows and the pool just about to overflow. I went upstairs to check on Cora. She looked up from her reading.
“My god it’s really windy.”
“Yeah….I know. I’m thinking about all those homeless in the camps.”
Back downstairs – throw another log on the fire. Lexi followed and went back to her dog bed and groaned with doggy pleasure, droopy eyes looking lazily into the warmth.

Out there on the Highway 80 corridor are the homeless folks; soaked to the skin folks; chilled to the bone folks; our fellow American folks; the forgotten folks holding onto their tarp shelters for dear life, hoping the fifty plus mile an hour winds wouldn’t blow their makeshift homes somewhere miles away – miles away into the cold San Francisco Bay.

You start to see them around Berkeley as you drive down Highway 80 towards The City. Homeless encampments sprouted like weeds amongst the tall weeds of the cloverleaf highway exits where there’s enough open real estate to put up a small shabby village. You drive through the Bay Bridge maze, that knot of a junction that leads west to San Francisco and east to the rest of America; head southbound to Oakland where the ramshackle villages become more prevalent – a sprawl of poverty, a nation’s shame.

Shelters fashioned out of reclaimed rotting wood, old camping tents, tarps, blankets, cardboard and whatever else is handy. This is America’s other suburbia, the community that we put out of mind unless it’s to excoriate it for being a blight, a skid mark on the local chamber of commerce.

Ninety some years ago, during the Great Depression, they were called Hoovervilles, named for a president who tried to laissez-faire his way out of an economic disaster. What do we call them now? Clinton-villes? Dubya-villes? Obama-villes? Trump-villes? Will they be rechristened Biden-villes? Passed from administration to administration. A rusty, rotting can kicked from president to president, governor to governor and mayor to mayor and nobody knows what the hell to do. Hell they’ve been around for so long why don’t we just call them little America.

A homeless shelter off of Hwy 80, Berkeley CA.

The homeless camps are the most visible but there are others that are barely noticeable.

On many mornings I go running along the bayfront of San Pablo Bay, a route that takes me to the end of Tenant Avenue in nearby Pinole. Not a morning goes by that I don’t see at least one worn out RV or a car with the windows covered with cardboard shades, parked at the dead end. A temporary stop on a pilgrimage to nowhere.

And then there are the others, still with a roof and four walls, but because of a pandemic and a year of an uncaring president, they hang on the edge; a tumble away from living in cars or camps, still smack in the middle of despair. Americans, particularly the poor and what’s left of a shriveling middle class are struggling with paying the bills – struggling just to survive. According to an article in The Hill, “there are up to 18 million children living in households (that are) unable to put food on the table each day.”

In December Senator Rand Paul railed against stimulus payments of $600.00. “The coffers are bare. We have no rainy day fund, we have no savings account. Congress has spent all the money long ago.”

Rand Paul has a net worth of 2.5 million dollars. And while he’s a Republican in name he leans Libertarian which is short for Social Darwinism or as the Fortunes once sang, “You’ve got your troubles, I’ve got mine.”

Senator Susan Collins isn’t all in on another $1400.00 per person stimulus check. She says that the checks should be targeted towards low income families. I’m on board with that. I’ll be among the first to admit that I don’t need a stimulus check; nor do my wife or my daughter or probably most of the people on my block. The neighbor down the street could use it though. Her husband lost his job. She’s the one who voted for Trump and is afraid of Socialism – but I wouldn’t begrudge her that Socialistic 1400 bones.

So is the Senate getting busy on identifying people who need the $1400.00 or are they just going to dick around like they did during the summer? And if they do identify the people who need the money and leave out those who are doing just fine (thank you) will they give the needy ones more money? Nevermind, I know the answer to both questions.

One of the reasons that, as Rand Paul put it, “the coffers are bare,” is that through financial legerdemain and the help of Congress the 1%, like the gentlemen listed above, are not only not paying their fair share in taxes, they are sometimes literally not paying at all or having their taxes deferred for up to thirty years while their bank accounts continue to soak in interest. While America is in despair they’re in the money, rolling in it, bathing in it, money to burn in large denominations; making more of it during a pandemic year than some national economies. If you want to delve into this economic sleight of hand read an article in DC Report.

The meatloaf I made didn’t have enough binder. Cora didn’t put bacon bits in the Brussels sprouts and I like the scalloped potatoes with a little more crisp on the top. All in all it was still good though.

It was chilly in the house on that stormy night. It helps that Cora keeps the electric blanket on for me so that I can crawl into a nice warm bed. I don’t know what time the winds stopped howling because I was sound asleep.

I had to drive down 80 the following morning. The homeless were busy in their drenched little camps, picking up the soggy pieces.

The rain hasn’t really let up since our atmospheric river hit and the extended forecast shows at least seven more days of rain.

At five o’clock this morning I drove down to Starbucks for a grande coffee. As I drove out of the rain puddled parking lot I noticed three big lumps on the sidewalk under the strip mall overhang. A closer look revealed three people sleeping on the hard concrete, huddled under thin blankets.

We give. Every year we give. Salvation Army, The Food Bank, St. Jude Hospital. Jessica is on the board of the Berkeley Food and Housing Project and I’ve given to that organization. It’s not enough.

When Cora came downstairs and loaded laundry into the washing machine I joined her in the laundry room.
“Fuck this Cora. You know, after I get my second COVID shot I’m going to go down to the local soup kitchen and volunteer. I imagine they’ll take me with my proof of vaccination.”

21 thoughts on “A Dark and Stormy Night”