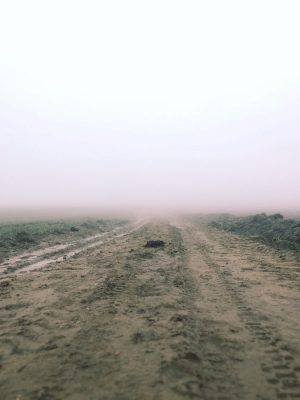 The San Francisco Bay Area is well known for its fog. Sometimes it’s a high overcast that shrouds the tops of San Francisco’s highrises. At other times it’s a low lying blanket that hugs the ground and the surface of the chill bay waters, a scene that makes for picturesque photos from the surrounding hills. That ground hugging cloak usually burns off by noon leaving a crystal clear day.

Lately we’ve been experiencing a new fog. It’s a stubborn fog that never burns off or gives way to clarity but will over time, burn your supply of patience. This fog doesn’t hug the bay or embrace the Golden Gate. Instead it seeps and creeps through the halls of government. Call it, COVID-19 bureaucracy.

Let me be clear. I follow all the corona covenants. I socially distance, I dutifully wear a mask, I avoid large crowds and I don’t go into hysterics over local mandates. There are some who would say that I’m giving up my liberties which brave men and women gave their lives to preserve, though I do have my doubts that we hit the beaches of Normandy for the right to walk around sans mask. But I’ve covered this ground before.

At all levels of government the fog of inconsistency is a cause of maddening consternation. Clarity is veiled by a bank of inconsistency. Of course there’s the constant dispute at the Federal level, characterized by finger pointing, contradictions and flying accusations.

Just this morning I heard a PSA on the radio from the Surgeon General, a Trump appointee, begging (his word) Americans to wear a mask even as Trump and his cronies mock and eschew masks while holding rallies with no social distancing and hardly a mask in sight. But I’ve been down this potholed trail also. For more on the federal fiasco just check your local listings – and have a good stiff drink handy – you’ll need it.

Cali Confusion
For it’s part, California has been a crazy quilt. We began with statewide guidelines and mandates and then moved to a sort of county by county honor system that was honored by some counties and brushed off by others; reactions that probably depended largely on the level of shrill hysteria on the part of the local revolutionaries, and “patriots.” With the dishonor of the honor system, the state went to a watch list in which counties were moved into and out of time out.

And now with the beginning of September, California has gone to a color coded system with four colored tiers, yellow being the dean’s list and purple being detention, leaving orange and red between the two extremes. It’s all based on positivity ratings. As of today, my county of Contra Costa is purple. We’re either just a bunch of unrepentant delinquents or freedom loving rebels here in CoCo County.

While the federal fiasco is basically a spectator sport it’s the local response that has the citizenry doing a confused two step. Case in point? Weeks ago our county lifted the ban on bringing reusable shopping bags to the grocery store and so I’ve been dutifully bringing my bags when going shopping.

Two weeks ago I went to the local Sprouts in Pinole and was stopped at the door and told I couldn’t bring my personal bags. I asked why.
“It’s a local ordinance. We’ll give you bags at no charge.” said the sentry at the door.
“I’ve been bringing bags for weeks,” I responded.
“It’s a local ordinance,” she repeated.
This was the closest I ever got to being a Ken. With my blood pressure noticeably rising I insisted, “So if I go up the road a mile to Hercules, in the same county, I can bring my bags but not here.”
“It’s a local ordinance.”
“Fine,” I grunted, tossing my shopping bag in the trash.
Yes I know she was just doing her job and I shouldn’t have been so chippy. I did stop and apologize on the way out.

Apparently Pinole is being more judicious, I thought. That’s until I went on a run and passed a restaurant a few blocks from the Sprouts. The restaurant was featuring outdoor dining and servers with masks down around their throats, the latter being less feature and more just blatant violation. The outdoor dining was fine, the maskless servers not so much.

And then there was the morning when I ran through a Pinole city park and past a cop who was doing what cops should do; walking his beat and greeting the citizenry with a smile. Except he had no mask. Later during the same run I passed the Pinole Corporation Yard and spotted a cop and some other city workers in jovial conversation, at less than arm’s length from each other and without masks. So what IS going on in Pinole and what is the local ordinance? I’ve looked for the ordinance online but to no avail and I am considering ratting out those ol’ boys at the corporation yard.

And then just yesterday I watched my Sprouts experience in reverse when I was in line at the Lucky’s in Hercules where I live. The woman at the checkout counter had not brought bags and was asked if she would like to buy some. Clearly confused and irritated the woman responded, “We can bring bags now? How long has that been in effect?”
“At least six weeks,” was the response.
“Do you have a sign posted? Where’s the sign?”
As the debate continued I considered handing the cashier a buck so that the woman could get ten bags and set the rest of the line free. In the end the woman refused the bags, piled her groceries in the cart and left. I understood her pain which was probably less about the ten cent cost and more about the chaos.

Given the pastiche of protocols it’s not hard to sympathize with local businesses who are confused about what they can or can’t do or whether or not they can even open for business.

Salon-gate or A Tale of Two (or more) Stupids
Given the subject I would be remiss if I didn’t bring up salon-gate. Our California confusion may have led to the national brouhaha over Speaker of the House Nancy Pelosi’s excellent adventure at an indoor hairstyling salon a day before indoor styling was allowed in San Francisco. A maskless Pelosi was caught on camera and the tape of of Madame Speaker in a salon to have her hair done hit the national media.

As might be expected, Trump was delighted with feigned outrage. Pelosi’s consigliere claimed confusion over the ordinance and Pelosi, backed by the stylist who was renting the chair pleaded set-up. The owner of the salon denied that it was a set-up while copping to releasing the tape over her own frustration with ordinances and the notion that Pelosi was flaunting regulations because she could.

This didn’t turn out well for anyone. Pelosi and her staff should have double, triple, quadruple checked the ordinance out of simple due diligence. After it all hit the fan Pelosi’s claim of being framed was flimsy and moreover it was horrible optics for the most powerful woman in America to push back hard on a small business owner the way she did. In the end Pelosi gained nothing while surrendering the high ground to Trump.

The salon owner? Years ago I owned a small business. When elections rolled around I was asked by various campaigns if they could post signs in the window of my shop, a request that I consistently denied. It was and is my feeling that unless you have a strong feel for the local political pulse you should probably keep your political leanings a private matter and out of your storefront.

The public blow back against the owner for shaming a very popular Congresswoman was swift and severe with the owner having to close her shop and leave town. That she publically shamed a very popular Congresswoman was bad enough for her business. That she released a tape of Pelosi or any other customer was plain bad form. Not only did she expose Pelosi for violating local law, she also exposed the violation by her own business.

I’m not a fan of the relatively new fad of cancel culture. By and large I find it to be viscous, knee jerk, vengeful, frontier justice and this time it was served on the salon owner. True she willingly stepped into a steaming pile but being forced to leave town was a tad over the top.

America’s COVID response has been like putting pieces from 50 different jigsaw puzzles in a box and expecting something that fits. This confusion was baked into the cake when the Constitution relinquished power to the individual states at the expense of federal muscle. It’s hard to say whether or not a national mandate would pass Constitutional muster. This has allowed Trump to treat responsibility as if it’s an angry rattlesnake but it would’ve been nice to see him try to take nationwide action and then weather the court challenges (after all he should be used to court actions against him by now). But that’s not how Trump works.  When the going gets tough he plays the game of duck, dodge and hide. And so as we march on through the COVID days we should remember to carry a flashlight of awareness to cut through the fog.