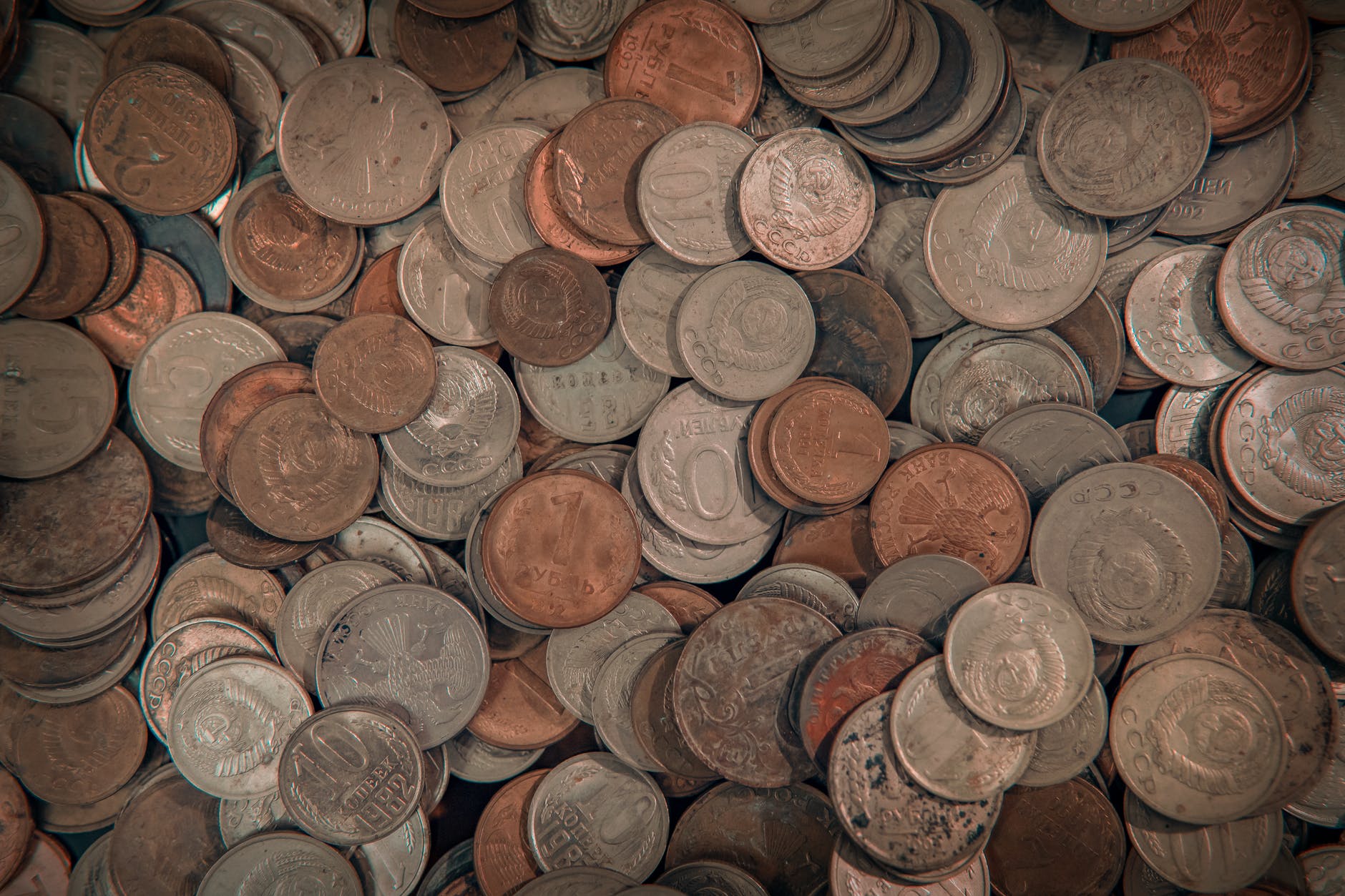 Life goes on here in COVID central (aka The United States of America).  Well, it goes on if you don’t become one of the rising number of statistics; THE statistic, death, that is.  As of this writing we’re closing in on 200,000 and change.  Change. Change is a term used to describe coins as opposed to paper money.  As a rule we scoff at mere change. Change is insignificant and sometimes you don’t feel like it’s worth the trouble.

I use that term here because life is apparently cheap to the current administration and the Congress.  The mendacity started, oh…what…maybe end of January, beginning of February?  We know that on January 28th Trump was told by his National Security Advisor, “This will be the biggest national security threat you face in your presidency,”

A few days later on February 7th Trump told Bob Woodward, “This is deadly stuff…more deadly than even your strenuous flu.” Three days later Trump told the American people, “I think the virus is going to be—it’s going to be fine” and “Looks like by April, you know in theory when it gets a little warmer, it miraculously goes away.”

And here we are.  Trump claims he sat on the gravity of the virus because he didn’t want to panic the American people.  On March 9th he told Woodward, “I wanted to always play it down. I still like playing it down because I don’t want to create a panic.”

A month later Trump, frustrated with Democratic Governors issuing stay at home orders tweeted, “LIBERATE MINNESOTA!”, then “LIBERATE MICHIGAN!” and finally “LIBERATE VIRGINIA, and save your great 2nd Amendment. It is under siege!” Maybe I’m being hyperbolic but to me when the president warns of something being “under siege,” I would expect a fair amount of alarm.  In Michigan, the Trump cultists took the bait and staged maskless protests that had gun toting yahoos in the very state house.  But according to Trump creating turmoil is the furthest thing from his mind.

Need to avoid panic.  That’s the game plan.  Meanwhile Trump is banking his reelection bid on fomenting frenzy in the suburbs (read, comfortable white folks) by employing the old Southern Strategy, a Republican political game designed specifically to gin up hysteria.  It’s a blueprint that goes back about half a century, one that employs dog whistle politics to scare white folks with the idea that the Democrats will send Black folks and Socialists on a rampage through Leave it to Beaver-land.  It has roots that go back to the antebellum South.  Now Trump is warning suburbia that a Biden victory will lead to gun confiscation, leaving defenseless suburbanites to be pillaged by Antifa and poor people (read, people of color) or in more gaudy terms, “Hide the white women.” It’s a clarion call for The Brady Bunch to go to the mattresses.  But Trump doesn’t want to panic anyone.

And while he’s busy maintaining calm Trump is sounding the alarm that the elections will be tainted.  Democrats will vote early and often and dead people and Mexicans will flock to the polls. And if your blood pressure is soaring over Trump’s fear mongering that democracy will be destroyed by Antifa and the Postal Service, remember to keep calm and carry on.

To justify his coronavirus deception Trump compared himself to Winston Churchill, claiming that the great British Prime Minister wanted to project calm in the face of impending war. While the wanting to maintain calm part might be true, Churchill was still blunt with the British people, once stating, “The British people can face any misfortune with fortitude & buoyancy as long as they are convinced that those in charge of their affairs are not deceiving them, or are not dwelling in a fool’s paradise,”

A fool’s paradise is exactly what Trump created with his fraud. His soft peddling of the coronavirus is tantamount to the captain of the Titanic telling the crew and passengers that the ship merely struck a row boat, “No need for concern here.”

In the days when Woodward and Trump talked, those early coronavirus days, life was indeed cheap. Afterall we had an economy to prop up. American lives were so cheap that the Texas Lt. Governor was okay with offering up the aged, spouting nonsense that old folks should be perfectly willing to contract the coronavirus, and sacrifice themselves for the good of the country. On April Fool’s day the Governor of Georgia admitted that he had no idea that asymptomatic people could spread the virus proving that he had his head firmly in the sand…or some other convenient hole. In April Madman Matt Gaetz the wild and crazy guy representing Florida decided to make light of the entire situation by wearing a full on gas mask on the floor of The House. Two days later one of his constituents died; what a killjoy.

In June came the creme de la creme when the President of the United States proposed injecting the body with disinfectant or shining a bright light inside the body because the virus doesn’t like bleach or bright light. Being a bit skittish about needles I eschewed that plan but I do have a bright halogen worklight. After scouring the house for Vaseline and coming up empty I decided to scrap the bright light in the cavity idea and just go back to old fashioned mask wearing. As for Trump, the resulting derision sent him into Coronavirus Task Force time out.  He didn’t appear again for weeks.

Even today some in the administration are touting herd immunity, which essentially requires time and sucks up lives like the vacuum sucks up cruddy old pennies from under the car seats.

The release of the Trump-Woodward interviews is the smoking gun. Excuse me, I understated that; it’s a fire belching howitzer and still, instead of expressing outrage much of the GOP is scurrying around like ants who just caught a whiff of bug killer. The Republican tactics are varied and every one reprehensible.

Some claim that they didn’t hear the remarks or haven’t read Woodward’s book. Joni Ernst, “I haven’t read it, I haven’t seen it, so give me a chance to take a look.” Texas Sen. John Cornyn denied any personal knowledge of the remarks and said he didn’t “have any confidence in the reporting,” even though Trump is on tape. When asked for her comments, Susan Collins, the renowned Senate phony and incredible spineless woman, ran for the exit without comment. Lindsey Graham, defended Trump. John Kennedy (who really should stop disparaging the former president by having the same name and simply change his own) said “these gotcha books don’t really interest me that much.” So there you have it. The lives of the American people aren’t worth a plug nickel when you need to keep your congressional seat.

I know, I’m asking too much to expect politicians, of either party, to set aside feathering their own nests. The truth is that the lustre of the ideals of service and the good of the nation and the health and welfare of the people have gotten lost in one upmanship and rhetoric and ideologies. The concept of “life, liberty and the pursuit of happiness,” have been relegated to being politically expedient words. The very foundation of American democracy is found in the first three words of the Constitution, We – the – people. The administration and Congress are supposed to be working for “We the people,” but many of the people are getting sick and dying and others are going broke while the President and Congress on both sides of the aisle dither, lie and point fingers. With elections and the economy and dueling ideologies at stake we the people aren’t worth a pocketful of pennies.

But here’s what really gives me a case of the red ass. With the Woodward tapes made public, everyone in the world, with the exception of the GOP Senators and Congressmen who are claiming ignorance, knows that Trump understood the severity of COVID-19, seven months ago. The release of the tapes should have signalled a turning point, an opportunity even. Now that the cat is out of the bag and everyone knows what Trump knew he should be taking one of two courses of action. The first is resignation which of course won’t happen.

The second course would be for Trump to apologize, declare mea culpa, claim that he believed that his tactic of concealing the severity of the virus was in the interest of the nation and while he thought it to be a well meaning action at the time, it was unfortunately the wrong course to take (this would of course be a whopper of galactic proportions). He could then declare that knowing what we all know, he will now drastically change his course of action, suspend rallies, mandate masks and social distancing, temper the reopening of the country and coordinate with all 50 states and the rest of the world in eradicating this virus.  He could also start setting a proper example by wearing a mask.

Okay, you can stop laughing now.

As we know, Trump has rejected both of those options and he’s continuing to invite the nation into, as Churchill put it, “a fool’s paradise.” The rallies continue, with one just held indoors in Nevada with no distancing and hardly a mask to be seen. He has demanded that the Governor of Nevada open his state in tones that goad disobedience on the part of the cult. He continues to mock mask wearing.

It would be one thing if Trump simply doesn’t believe the science or has his own viewpoint that’s counter to the health community or something we could charitably call misunderstanding. But that’s not the case. Trump is aware of the dangers,  is ignoring them and is asking the American people to ignore them along with him. By all rights this should be criminal. Meanwhile his administration, the GOP leadership and his cult scream, “Pay no attention to that man behind the curtain!”

As I complete this piece the American death toll is 198,774

When the pandemic struck reelection and the economy were the first priorities and lost lives were loose change. Seven months later the 198,774 deaths are still chump change for the president, his administration, the GOP legislature and the Trump cult who all seem to be willing to spend as many lives as it takes.

Photo by Pixabay on Pexels.com