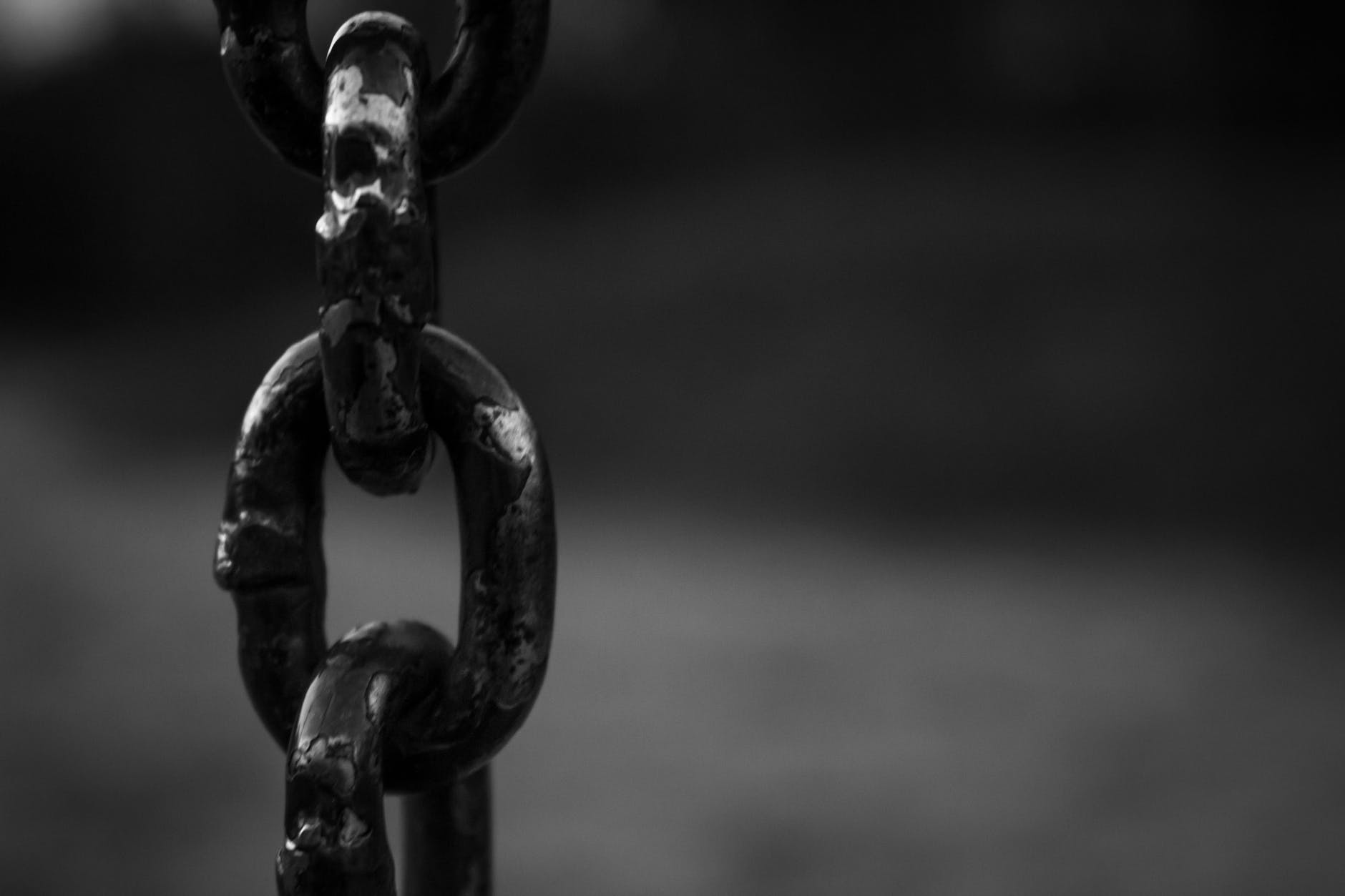 Note: This article quotes from the book Bullwhip Days an oral history of former slaves.  The original work was recorded and then transcribed into book form retaining the spoken dialect of the subjects. I’ve retained the dialect as published in the book.

“Putting a national lockdown, stay at home orders is like house arrest. Other than slavery, which was a different kind of restraint, it’s the greatest intrusion on civil liberties in American history,” ~ William Barr, Attorney General, United States of America.

Was William Barr trying to be edgy? Flippant? Just trolling? Over the three and a half years of the current administration, just about anything, no matter how crude or inappropriate, seems possible. And given Mr. Barr’s proclivity for scurrilous ejaculations we cease to be shocked. He delivers provocations in a casual, offhand, conversational manner that expects the listener to believe that the most bizarre and noxious proposals are simply conventional wisdom. And so during a speech at Hillsdale College, Barr in a blasé, doesn’t everybody know this tone stated, “Putting a national lockdown, stay at home orders is like house arrest. Other than slavery, which was a different kind of restraint, it’s the greatest intrusion on civil liberties in American history,”

I’ll say this for Mr. Barr, his boss, and others in the administration, everytime you think that they’ve absolutely plumbed the lowest, deepest, most despicable depths, they manage to drill down just a bit deeper. If Trump and Barr weren’t so loathsome you might even want to praise them as masters in the art of douchebaggery. That said being a master douchebag isn’t something one looks for in a president and attorney general.

Let’s be clear, the disconnection between slavery and being told to shelter in place to mitigate the spread of a virus is so great that it isn’t comparing apples to oranges but more like comparing apples to truck tires or garden hoses. There is simply no reasonable or diplomatic way to try to make the correlation.

I’ve never been enslaved. Quite the opposite, as a white male in my sixties I’ve benefited from white privilege, a concept that Barr’s own boss has labeled “un-American.” I have though, been under stay at home orders but never felt overly put out by it, at least not to the extent that I could remotely compare it to being whipped and degraded while picking cotton under a broiling sun.

In 21st century America we can try to understand the abomination of this nation’s shameful legacy of slavery by reading the words of those who lived it, and even that’s a feeble exercise. In 1853 the book, Twelve Years a Slave was published. It’s the memoir of Solomon Northup, a free Black man who was kidnapped in Washington D.C and sold into slavery.

Bullwhip Days; The Slaves Remember, is a collection of oral histories given by former slaves in the 1930’s as part of the The Works Progress Administration. It is only through these narratives that we can try to gain some insight into what was euphemistically known as the “peculiar institution.” But the attempt fails. While the words and stories are heart wrenching the imagination can’t begin to grasp what the reality must have been.

What were the realities of my early shelter in place days? Since most businesses were closed I was limited to the necessities; grocery stores, pharmacies and hardware stores for the most part. I could walk the dog or go for a run or a bike ride. Beyond that I stayed at home, did chores, read and tried to avoid daytime TV.

In Twelve Years a Slave, Solomon Northup recounts the story of a boy named Augustus, a slave who ran away, a violation, one might say, of the antebellum south’s version of stay at home orders. Augustus was tracked down by the overseer who turned “some fifteen dogs” on the young man. Northup continues, “before they (the dogs) could be beaten off, (the dogs) had gnawed and mutilated his body in the most shocking manner, their teeth having penetrated to the bone in an hundred places. He was taken up, tied upon a mule, and carried home. But this was Augustus’ last trouble. He lingered until the next day, when death sought the unhappy boy, and kindly relieved him from his agony.”

Hard to believe that it’s only been a few months since all those early COVID driven shortages. Toilet paper and sanitizer were, if not black market items, subject to outrageous price gouging. Flour, frozen pizzas, pasta sauce and pasta were hard to come by but not impossible if you knew how to scrounge. Times were so bad that you couldn’t find Cup O’ Noodles to save your life. Sometimes you had to get up at the crack of dawn and stand in a line just to score a gallon of bleach.

“We all worked jest like dogs and had about half enough to eat, and got whupped for everything,” recalls Annie Hawkins in Bullwhip Days.
“I recollect seein’ one biscuit crust one mornin’. Dey throwed it out to de dogs and I beat de dog to it.” ~ Alex McKinney
“The grub I liked best was whatever I could get.” ~ The Reverend Lafayette Price.
“We were so hungry we were bound to steal or perish.” ~ Louisa Adams

In parts of California these days the penalty for disobeying COVID related ordinances ranges from a finger wagging lecture to a fine, the going rate being around 100 dollars.

To note here the contrasting examples of punishment meted out to enslaved people in the antebellum south would be gratuitous. Enslaved people were degraded, bought and sold like mules, beaten, whipped, raped and tortured often to death or the very brink of death. For any person, much less the sitting attorney general, to compare the inconvenience of having to stay at home and do jigsaw puzzles and get fat on homemade baked goods, to being kidnapped, underfed, bound, forced to do grueling work and then get flayed for your troubles is an obscenity.

Even if we accept Barr’s assertion that stay at home orders are violations of civil liberties, the difference between being told to sit in your home and forced into slavery is a chasm. Barr’s absurdity that a stay at home order is one of the most egregious intrusions into civil liberties in history simply ignores or falsifies history. Barr’s version of history is, to use an administration euphemism, an alternative fact.

The vision of history that Barr presents is not just blurred; it’s blind to many of the real and deplorable violations of civil liberties in American history.

In the original Constitution itself Black people living in the south were considered to be 3/5ths of a person and 2/5ths property. This was in order to placate the slaveholding south and settle disputes over congressional representation and the Electoral College.

The Alien and Sedition Acts passed by Congress and signed by President John Adams slammed head on against freedom of the press and freedom of dissent.

The wars against North America’s Indigenous People, the confiscation of their lands and the many attempts to relocate Native American tribes resulted in an estimated 100 million Native American deaths. America’s Native American policy and the results of that policy meet the United Nations’ criteria for genocide.

The Jim Crow laws of the south made segregation legal, violated the civil rights of Black people, suppressed voting rights and prompted violence against Black people.

The Sedition Act of 1918 made it a criminal offense to “willfully utter, print, write, or publish any disloyal, profane, scurrilous, or abusive language about the form of the Government of the United States.”

The Japanese internment during World War II forced the relocation into concentration camps of people of Japanese descent and illegal confiscation of their property.

In the 1950’s Joseph McCarthy led a campaign of political repression and criminal prosecution without regard for evidence.

And finally, and William Barr should be very familiar with this example, just over three months ago the current administration ordered the use of violent federal force to break up a peaceful protest so that the President of the United States could pose for a photo op in front of a church.

Barr may be high handed, autocratic and tactless but having graduated from Columbia University and George Washington University it’s reasonable to assume that he has the book learning to know the history of injustice in America even if he lacks the wisdom to temper his rhetoric.

One has to wonder why the Attorney General of The United States would make such an inflammatory statement that touches on three of the most explosive topics in the nation today; race, COVID-19 and the election.

It’s naive to think that the attorney general, an official nominated by the president, would be nonpartisan, but William Barr’s behavior has been nothing short of scandalous in its unabashed devotion to Trump. Given Barr’s extraordinary allegiance to Trump, it isn’t out of the realm of possibility that the attorney general’s statement was a ham handed, election year dog whistle warning that if Joe Biden is elected he will lock the nation down, thus denying the American people of their civil liberties.

Whatever Barr’s motive, he apparently stands by his statement because up to this point he’s made no attempt to wipe out the stain that he left.