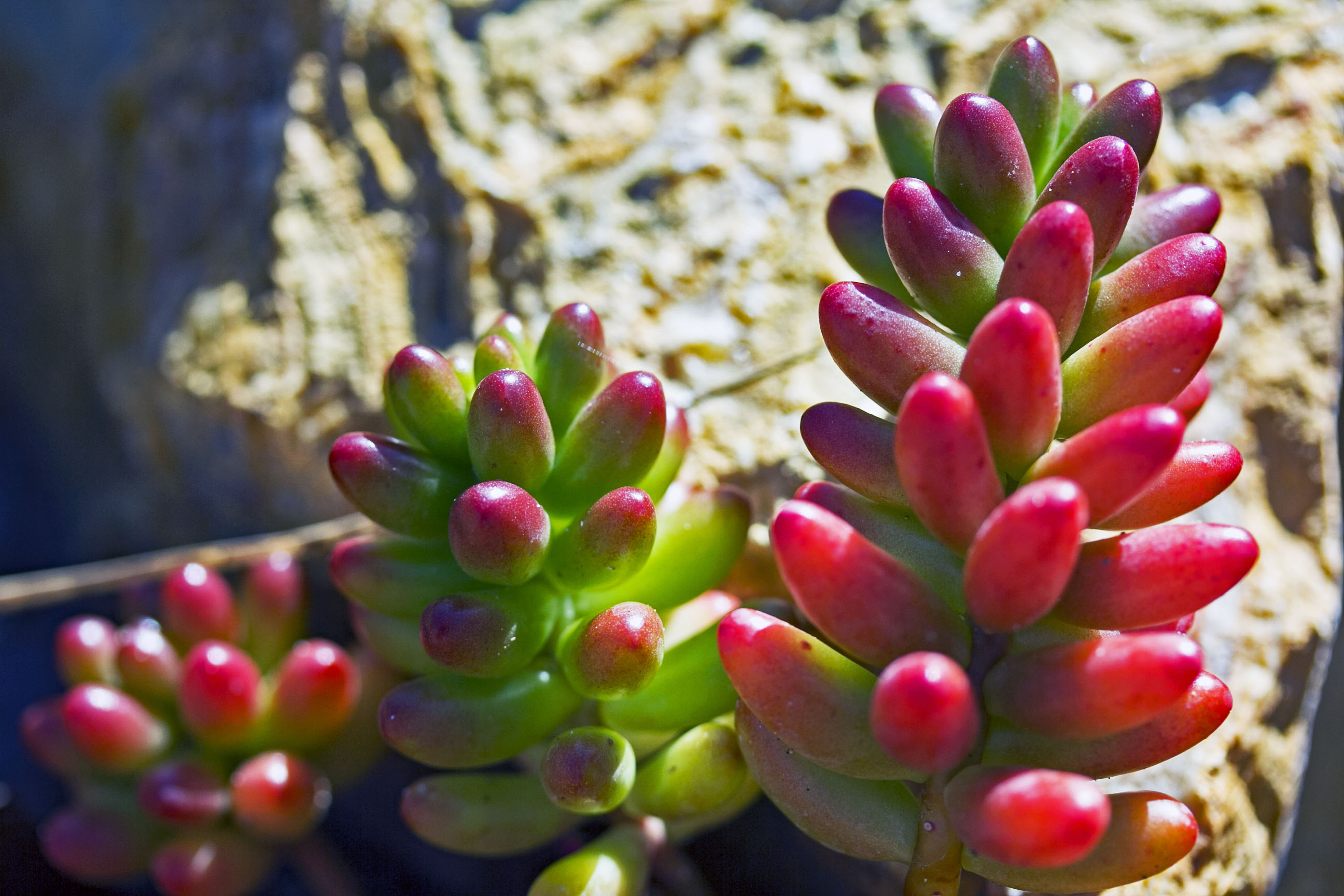 We’re drought prone here in California and there are some years when we’re under water restriction.  Now I understand that there’s a fellow over on the other side of the country who doesn’t buy that whole drought thing and he’s put forth the proposition that the problem with California is that we keep diverting rivers so that they flow into the ocean – shame on us.

Well despite that interesting notion I’ve decided to err on the side of droughts so we’ve let the lawn die and we’ve been turning over our garden to succulents and drought tolerant plants. Not only less water but less maintenance.

This week I cruised the garden and discovered that drought tolerant not only doesn’t mean boring it can mean colorful and vibrant.

Cora looked at this and said, “Looks like candy.”

A succulent leaf gently cradles a drop of water. Note the plant fiber magnified by the drop

Above and below: A bee enjoys the succulence of succulents.

“When the flower blooms, the bees come uninvited.”  ~  Ramakrishna

3 thoughts on “Friday Fotos – The Succulence of Succulents”