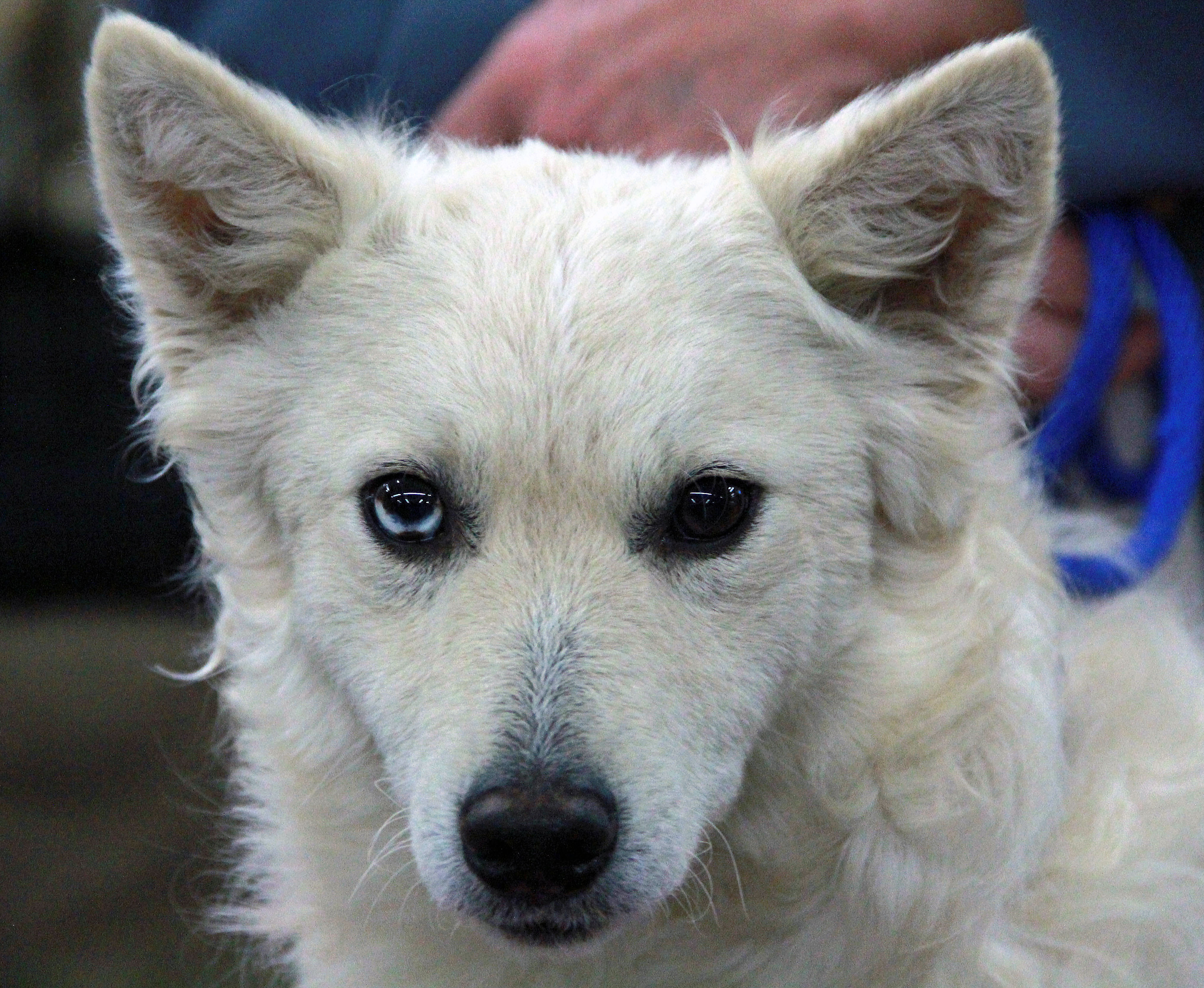 Last weekend Cora and I attended the Golden Gate Kennel Club dog show. It’s an annual pilgrimage for us that began many years ago when our children were still, well, children. The show is held every year in a drafty arena in Daly City, just south of San Francisco called the Cow Palace.

The Cow Palace is a venerable old place that was completed in 1941.  In it’s salad days the Cow Palace was THE Bay Area arena, hosting professional sports, the Ringling Brothers Circus and major concerts.  The old palace has been home to livestock expositions, WWF wrestling and two Republican National Conventions which, depending on your point of view, could all three be considered coequal events. Nowadays the Cow Palace is usually empty save for the the ghosts of its glory days. Gone are the sports teams, the music headliners and even the politicians which goes to prove that every cloud does have a silver lining. One of the holdovers is the GGKC’s annual dog show.

So Cora and I bundled up against the drafts that blow into and swirl around the big old place and we went to the dogs. Over the past 12 or so years we’ve gone to the dog show to connect with our friend who we got our Gordon Setters, Rainey and Lexi from. We don’t really go to watch the conformation; dogs getting trotted around and then prodded and inspected by a judge. We haven’t the foggiest idea what the judges are looking for. It is fun to watch the obedience competitions and to watch a really cool event called flyball (To see what flyball is all about follow the link to  World of FlyBall dogs 2.)

The Golden Gate show is a benched show which means that the dogs are required to be present for the duration of the show on assigned benches so that spectators can get up close and personal with the dogs, their handlers, owners and breeders. It’s a good place to get information from the various booths as well as all sorts of information on doggy stuff from food to grooming supplies to license plate frames and any number of googaws  trinkets and absolute nonsense that show off your favorite breed.  Most of all it’s a pleasant afternoon given to canine schmoozing.

For me it was also a chance to photograph that four legged creation that man couldn’t measure up to on his best day.

As I took photos I made sure to focus on the eyes. Technically speaking that’s what you’re supposed to do when photographing animals; if the eye’s in focus then the animal’s face should be too. But I wasn’t thinking purely from a technical point of view.  I looked for the expressions; a glimpse into their thoughts, who they are; a peek into a dog’s feelings. I truly believe that dogs speak to us and reveal themselves through their eyes.

As you view these dogs and look into their eyes what is it that YOU see?

Every year seems to introduce us to a new breed and this year the very first bench that we came across housed a dog called the Thai Ridgeback. The TRD as they’re known for short comes in various colors; the ones we saw were blue (which actually looks like a silver gray). The breed is at least 350 years old and some evidence shows that the breed may go back as far as 3000 years.

The crowd at the bench was enthralled, five deep at least and causing us to wait patiently for a glimpse. It’s a captivating dog with stunning, piercing eyes.

The clear alert eyes of the Thai Ridgeback, bred for hunting and guarding.

“If a dog will not come to you after having looked you in the face, you should go home and examine your conscience.”  ~ Woodrow Wilson

We walked one bench over and there we met a herding dog called the Mudi (pronounced moo-dee) that hails from Hungary. The breed has a history that goes back to somewhere between the 15th and 18th century. It is still actively used for herding in Hungary where they will tend flocks as large as 500 sheep.

“Heaven goes by favor. If it went by merit, you would stay out and your dog would go in.” ~ Mark Twain

Another breed of dog that was new to us was the Appenzell Mountain Dog native to the Swiss Alps and used for herding and guarding. It’s believed that the breed may have descended from cattle dogs left in the Alps region by the Romans. They are stout, medium sized tri-color dogs.

Soft, bright eyes that speak of friendliness and trust

“Don’t accept your dog’s admiration as conclusive evidence that you are wonderful.”  – Ann Landers

Every time I see a Bernese I find myself saying something like, “If I didn’t have a setter I think I’d like to have a Bernese.” Hailing from Switzerland the Bernese has a history of being a versatile farm dog, used to protect herds of cattle, pull carts, occasionally herd the cattle and of course to be a loving family companion.

To me the Bernese has always had a sociable and friendly appearance. They are big, sturdy dogs that despite their size carry an approachable, amiable and loyal air. These big dogs attracted large crowds and children loved petting the dogs as much as the dogs gently loved the attention from the child admirers who were in many cases smaller than the dogs themselves.

The intelligent look of a loyal, eagar worker

“Such short little lives our pets have to spend with us, and they spend most of it waiting for us to come home each day.” – John Grogan (Author, Marley & Me)

Recently I took my Lexi out for a walk and we were approached by a man being towed by two Irish Wolfhounds.  Lexi stopped, sat and looked up at me as if to ask, “What in the hell are those?” Normally when I see a dog owner being owned by his dogs I become wary but I’ve been around enough of these gentle giants to know that despite the fact that the owner had zero control of his dogs, if anyone of the three posed a threat it would be the struggling man, not the wolfhounds.

The Irish Wolfhound Club of America website says of these dogs, “His nature and temperament make him totally unsuitable as guard dog, watchdog, or patrol dog, in country, town, or city.”

In the eyes of an Irish Wolfhound there is a kindly look that dismisses any unease that it’s huge size might cause.

Above and below; The soulful, genial eyes of the Irish Wolfhound.

“You want a friend in Washington? Get a dog.” — Harry Truman

The Sammy has long been a favorite of mine.  The breed has roots in Siberia where it was used to hunt, herd reindeer and pull sledges. By the end of the 19th century the breed was introduced out of Siberia. Early in the 20th century the hearty Samoyed was used in explorations of the Arctic and the Antarctic.

The bright, intelligent look of the Sammy

Having owned three Gordon Setters, it is the setters that I’m most familiar with. On this day they were happy to loll on the benches, to sleep and to occasionally deign to give their human visitors a little taste of their attention. But put these dogs in the field and they become feathered balls of fire seeking out game; alert, alive acrobats, leaping obstacles, dodging trees and making instantaneous turns all at breakneck speed.

Two Irish and a Gordon lazing on a bench

This English Setter seems to be wondering, “What nonsense are they going to have us doing next?”

What can I do for you?

The taxed patience of a Red and White Irish Setter

There’s a dialect in canine eyes. They express loyalty, eagerness and affection.  A dog’s eyes can tell us their life stories. Dogs who have led happy, loving lives have eyes that show us confidence and that most important canine virtue, trust; trust above all. They look to us with a mixture of expectation and a faith that we humans will hold up our end of the partnership. The eyes of dogs who’ve been abused and mistreated speak to us of fear, distrust, caution and sadness.

My dogs have spoken to me with their eyes. There are times when I take my Lexi to the dog park and she finds herself  getting roughed up a bit by a dog she isn’t familiar with and she’ll trot over to me, look at her leash and then at me with pleading eyes, “I don’t like it here, can we go home now?”

I remember our Rainey would retreat into the haven of her crate when something on the news had me dropping a flurry of “F” bombs or during those times when she did something to irritate me. She would give me a cooling off period and then quietly emerge from the crate, approach me with head bowed and then look up at me with tentative eyes as if to ask, “Are we cool now?” And then feeling like a jackass I would give her a hug, “Of course we are.”

I have a photo of Rainey taken at the beach when she was a young adult, bright eyed and brimming with youth. I also have many photos of her when she was old, with failing health after surgeries that had sapped her energy. Is it strange that these later photos are probably the ones that I cherish the most? Maybe it’s because in those final days I was holding on as tightly as I could, sleeping on the floor with her, doting on her and letting her have foods that she’d never had when she was healthy.  There’s the graying muzzle but its her eyes. Her eyes are clouded with age; they show weariness but they also show the quiet dignity that dwells in the eyes of the old dog.

“Dogs die. But dogs live, too. Right up until they die, they live. They live brave, beautiful lives. They protect their families. And love us. And make our lives a little brighter. And they don’t waste time being afraid of tomorrow.”
― Dan Gemeinhart, The Honest Truth

11 thoughts on “Through a Dog’s Eyes”