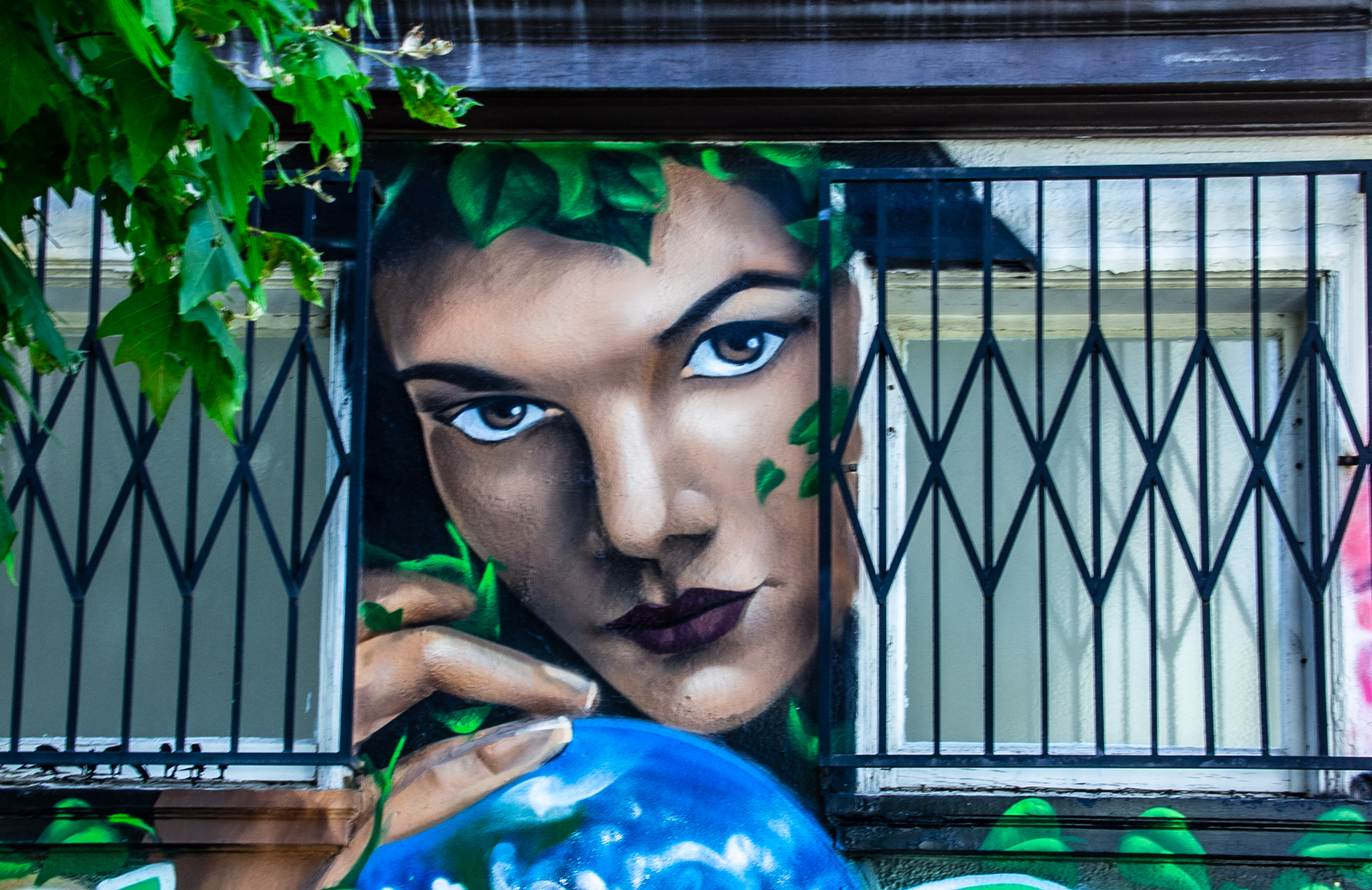 I live in Hercules, California, between a range of hills (and the rest of America) to the east and San Francisco to the west.

Hercules is what you might call bland suburbia. Strip malls, tract housing and a city council’s yearning to be something other than a bedroom community.

That said, there’s much to be found by taking just a short drive.

At sunrise, the East Bay Hills might be adorned with eddies of morning fog.

San Francisco is about thirty minutes away on a good day – okay, a REALLY good day.

On the way you pass by Emeryville and its little marina. I’m a long time distance runner and my favorite boat is berthed here – Endurance.

The drive into The City goes past the busy Port of Oakland which handles 99% of the containers that move through Northern California. On average, 2.5 million containers pass through the port every year.

Parks and trails in the area afford interesting views of the bay and the port operations.

A stack of containers at the Port of Oakland

Heading into San Francisco over the Bay Bridge one is graced by a view of the downtown skyline.

A Saturday morning on the waterfront is a good time to visit the Farmers Market at the Ferry Building where you can browse the stalls, vibrant with fresh produce, flowers and other delectables.

Get something to eat from a diverse selection of food purveyors and look out over the bay where the Bay Bridge does a disappearing act into the fog.

Just south of the Bay Bridge is the South Beach Marina where the rich folk berth their sailboats.

Head west just a few blocks and you’ve arrived at downtown where the tech industry, for better or for worse, has left its mark on The City.

The LinkedIn building reflects The City.

Two of my favorite districts are North Beach and the Mission.

On the way to North Beach you pass by the unique Transamerica Pyramid.

Looking up through Transamerica’s beams

Some of the most charming walks in The City are through its many alleys. Below is an alley in North Beach, San Francisco’s Little Italy.

If you want to work off the pizza that you had in North Beach, take a walk up Telegraph Hill to fluted Coit Tower, completed in 1933.

Step inside the lobby at the base and view the magnificent murals that were painted in 1934 as a part of the Public Works of Art Project, a precursor to the Works Progress Administration (WPA). The murals depict life in California during the Great Depression.

With its Latino roots, the Mission District is one of The City’s most colorful. The whole neighborhood is a vibrant palette of murals and brightly painted buildings.

Head back home over the Golden Gate at night.

After a long day, the sun sets over San Pablo Bay at Hercules.

To view Anne’s impressions of Sacramento please click on the link and then visit the comments section to see other takes on Local Vistas.