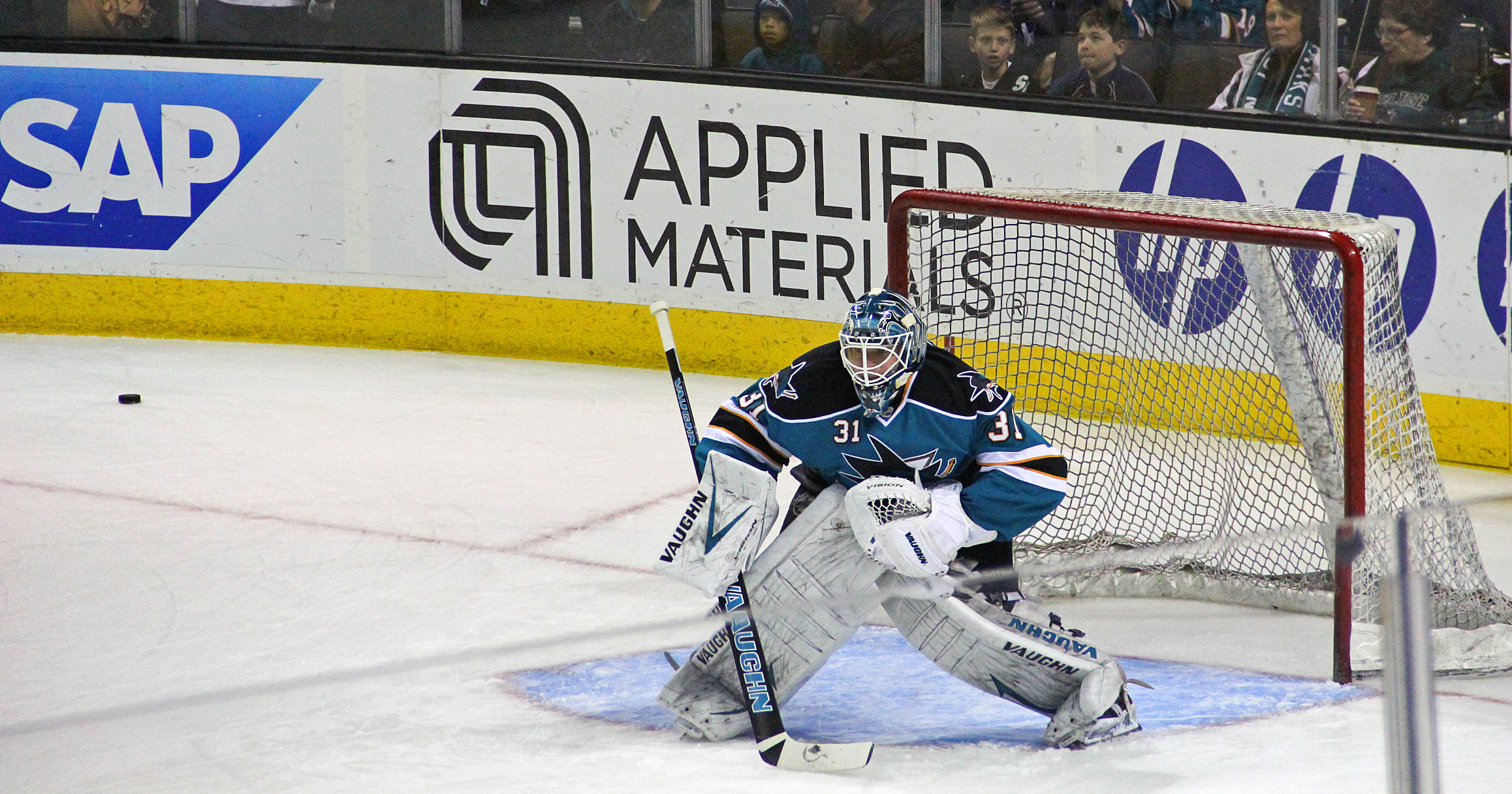 I really want to love hockey. On occasion I LIKE hockey; usually in the fall at the beginning of a long season or at the very end in the spring when the playoffs are in swing. In midwinter of this winter sport I just can’t get interested. My friend Scott absolutely loves the sport to which, by November, my response to his enthusiasm is along the lines of the ever dismissive, “whatever.” He responds with a similar comment when I watch basketball.

On those occasions when I have tickets to a San Jose Sharks game I get on the very verge of love. That’s because hockey is best appreciated when its live. Love hockey or hate it, when you’re at a game you’d have to be numb to deny the agility, grace, reflexes, athletic prowess and yes courage that these big men (and they are big) possess in order to play a game that is so astonishingly fast.

A few years back my son took me to a Sharks game and I brought my camera to try my hand and eye at sports photography.

I tried ice skating – once. And only once.

Hockey players maneuver around the ice at speeds in excess of 20 miles per hour.

There was a skating rink in San Francisco and one day my girlfriend Linda talked me into giving it a try. Linda skated freely and easily around the rink.

Above – Sharks’ goalie focusing on an incoming shot while ignoring the action around him.

During a short burst a player might reach close to 30 miles per hour.

The goalie moves to gather the puck.

To a hockey player the mechanics of skating are second nature, like walking fast – very fast, so that they can concentrate on all of the skills the game requires like shooting, passing and successfully completing coordinated set plays.

Linda continued to skate around, easily moving around the other skaters. I looked down at my feet. At one point Linda glided by and told me I moved like the Frankenstein monster

In the sequence below action swirls around the Dallas goal as a shot is launched. The goalie is only interested in the puck and not the 200 pound men battling around him.

When I wasn’t looking down at my feet I stopped and wobbled to make sure I wouldn’t collide with other skaters while trying to keep my balance. I failed horribly at the latter.

The puck is headed wide (just above the shoulder of #10)

The goalie pounces and gathers the puck

A shot on goal can reach speeds of 100 miles per hour, or to put it in better hockey perspective 146.667 feet per second. So a 40 foot shot would take about 27 hundredths of a second to travel from the shooter’s stick to the goal.

Failing at keeping my feet I fell continuously and always on the same – damn – hip. The same one. By the time the evening was mercifully over I had a huge multicolored bruise on my hip.

The Sharks’ goalie is riveted on an inbound puck

Since the ice rink was only a few blocks away I limped home and had a few glasses of bourbon. I had it neat, without ice, because on that particular night I absolutely hated ice. I’ve never gone ice skating again. I say if God had intended man to skate he would’ve given us blades on our feet.

5 thoughts on “Friday Fotos – A Night at the Rink”