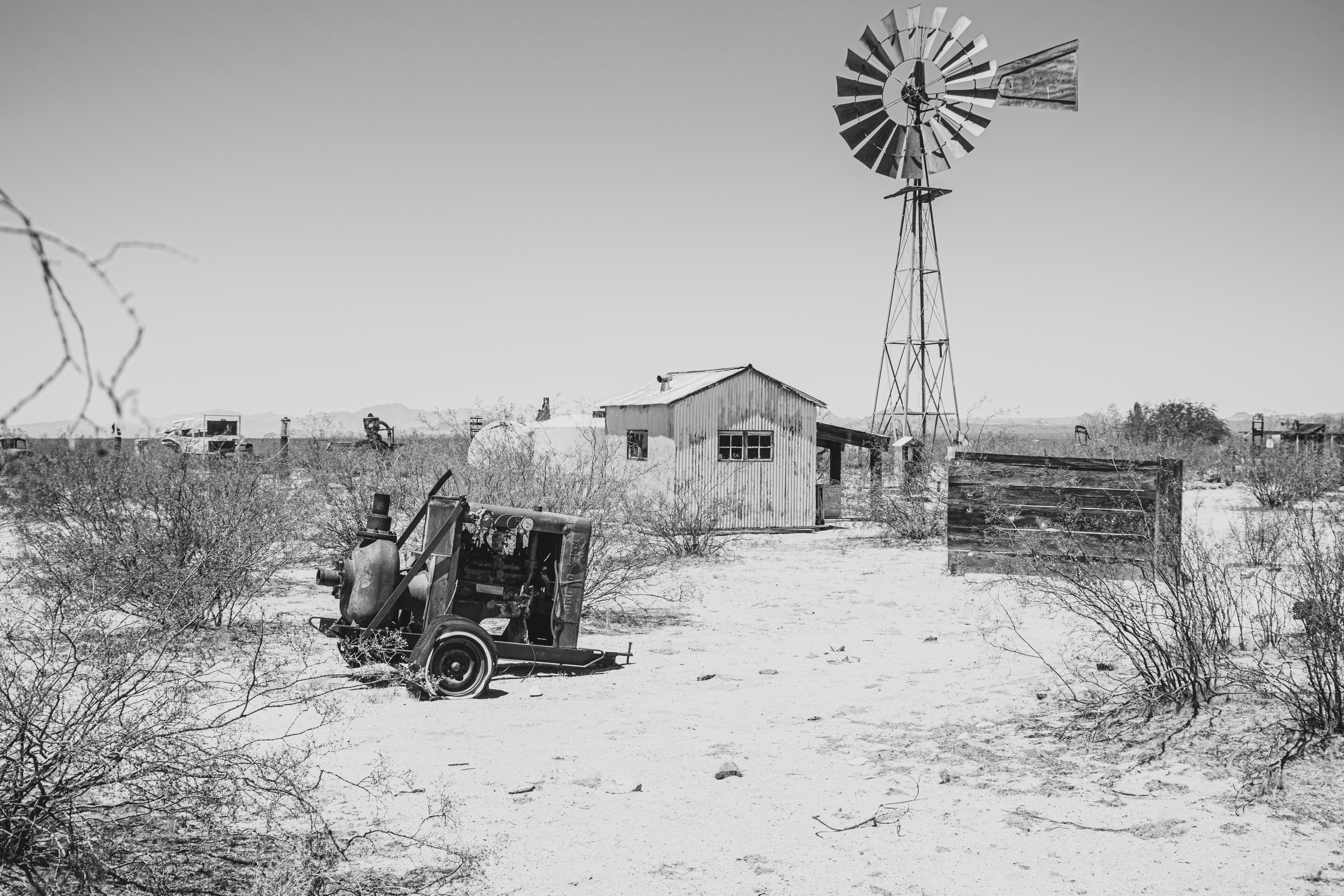 “Pardon me, you left your tears on the jukebox”

That’s George Strait on the radio.

We’ve travelled down the eastern side of California’s San Joaquin Valley and are now passing through the Mojave Desert on the Southeastern edge of the state. When it comes to radio, we’ve been ordering from a limited menu; mostly conservative talk, God, and Country/Western.

Every now and again we receive a dash of sports talk and during our drive down the valley we got a spicy helping of Mexican Norteño music. The valley is ag country and the labor is heavily Mexican so we tuned to the Spanish speaking stations when we got weary of right wing talk and couldn’t find Country.

I have a fully loaded and functioning Spotify app, with a variety of playlists but I’m traveling to sample the flavors of the places I’m visiting and local radio is a big part of the sampler. Local radio speaks the local language.

So, yeah, I go with the conservative talk radio until I can’t take it anymore and then scan to something else. I’m skipping the God stations until we get to Texas, Oklahoma and Arkansas, where the proselytizing should get real intense. I wanna get it straight from God’s own shock jocks why me and all the other sinning, Beelzebub loving liberals are doomed to burn in the pit.

This third day marks our first on Route 66, the Mother Road. John Steinbeck coined that term. The Mother Road. In the 1930s she was the siren enticing migrants who were fleeing the ravages of the Dust Bowl and all its collateral damage; failed crops, poverty, hunger and bank foreclosures. They drove the Mother Road from small towns and sharecropper plots in Oklahoma and Arkansas, Americans who came to California to be treated as foreign interlopers.

In later years the Mother Road teased the adventurous spirit of travelers, as the automobile became a symbol of 20th Century American freedom. Route 66 was America’s Main Street, carrying vacationers west to glamourous Southern California, the Land of Milk and Honey, where the land locked could dip their toes in the blue Pacific.

Route 66 starts in Chicago and cuts through the states of Illinois, Missouri, Kansas, Oklahoma, Texas, New Mexico, Arizona and California, ending at the Santa Monica Pier.

Over the decades sections of Route 66 were rerouted. The late 1950s marked the decline of Route 66. With President Eisenhower’s push to build an interstate highway system, the Mother Road was either bypassed or had sections of it incorporated into new highways.

Today sections of the two lane road still exist. Other sections are closed or come to a dead end and some segments have disappeared completely. Today traveling Route 66, is time travel; a journey back to jalopies, chrome laden Buicks, family owned motels with big neon signs and diners that served simple comfort food for a fair price.

Where it hasn’t been incorporated into a multi-lane highway, the Mother Road is two lanes, sometimes rough, that curve and in places dip and roll like a concrete coaster. Most of the towns and cities that survive are those that were swallowed up into the interstate system.

The others? Route 66 goes past the remains of towns that were once vibrant but in the end could never survive being cut off from travelling America. Death by loneliness.

Other towns, like the old mining town of Oatman, Arizona, turned their history and that of Route 66 into an attraction that’s allowed them to survive as kitschy tourist destinations.

Cora and I pick up Route 66 in Victorville just on the fringe of California’s Mojave Desert. It’s two lanes and lightly traveled and though the speed limit is 55 miles per hour we cruise in sections at 65.

Just out of Victorville, the country turns rugged. Craggy brown cliffs tower above the road to Oro Grande the next town up. We pass an asphalt factory, a few tumble down antique shops and other run down buildings as the countryside turns to brown rolling hills.

Route 66 is famous for Americana, nostalgia and kitsch; plenty of kitsch. Get your kitsch on Route 66. And we get it at Elmer Long’s Bottle Tree Ranch in Oro Grande.

Elmer’s ranch is a testament to repurposing used glass bottles. In the 1950s, Elmer and his dad
collected discarded odds and ends, among them glass bottles. When Elmer’s dad died, Elmer inherited the collection of bottles and with a little bit of ironwork and a lot of creativity, he turned the collection into iron limbed trees with blossoms of glass that shimmer in a variety of hues.

If you listen closely you can hear the wind humming through the bottles. The wind puffs into hundreds of open bottles like you did back when you were a kid; drink the last cool drop and blow across the mouth of the bottle.

The Bottle Tree Ranch is a small fenced in plot that Elmer managed to pack chock a block full, not just of bottles, but of other stuff and things; his mother’s antique mirror from the 1930s and Long’s own Lionel train set from his childhood, along with mementos from years of road trips.

Elmer Long, who was known for a snowy beard that flowed in a smooth wisp down to his chest, passed away in 2019 at the age of 72.

Before Elmer passed he spoke of the future of his creation, “This is just going to sit like a gem in the desert, someday after I’m gone,”

The ranch was closed when we visited so we weren’t able to pick out the minutiae, like mom’s mirror and the train set but we were able to walk around the perimeter and admire Elmer’s major works of art – the bottle trees.

From Oro Grande, we pass a lineup of little burgs, some not much more than a few double wides and a scattering of houses locked between signs that call out names such as Helendale, Hodge and Lenwood.

We hit Barstow and the Mojave Desert in earnest; the temperature is in the high 90s (F). Here the road passes through flats and rolling humps. Anyone who says that the desert is colorless wasn’t looking. Grasses and cacti are like a crocheted shawl of gold and green draped on hills of many shades of brown, all beneath a deep blue sky.

At the foot of dark, distant mountains one sees the constant movement of long freight trains. The site is an American classic. With their multicolored cars the trains appear as steel, beaded snakes gliding through the vast land.

On the outskirts of Barstow we pause at a rest stop. I take Lexi out for a walk to do her doggy business, aware of the warning signs admonishing visitors to watch for rattlesnakes. She isn’t having it. Maybe she read the sign, “Rattlers? Screw that dad. Let’s go back to the car.”

In Newberry Springs we pull up to the Bagdad Café, a little roadhouse that was featured in the cult movie of the same name. Originally called the Sidewinder Café, the name was changed when the movie producers selected the diner as a set for the movie.

I get out to take pictures of the building and give Lexi a chance to stretch her legs and, hopefully, pee (It’s a blessing when she does. Less chance of her squatting when we get into a motel room).

As I walk the grounds a little dog flies out from a building in back of the café, making a beeline straight at Lexi. An old woman comes charging out of the café with a fly swatter and tries to shoo the little dog away.

Thinking that I’ve disturbed the area’s Zen, I apologize to the old woman and tell her that I’ll put my dog back in the car. She hears none of that as she swats at the dog who seems to be enjoying a game of dodge the swatter and harass the strange dog. Lexi eventually gets into the car without having peed a drop.

Just up the road, stands a tall sign, MOTEL. But there’s no motel in sight. The sign is like a gravestone for another dream that died along Route 66.

Some miles past Newberry, Route 66 peters out and we’re back on the highway.

We exit at Essex, one of many towns that thrived during the glory days of Route 66 only to succumb to death by disuse. With a population of 10 in 2013 very little remains of Essex. The only vibrancy, if you could call it that, is a little oasis of a gas station and convenience store.

Gas is selling here for over $6.00 a gallon. A sign on the store window explains that the remote location makes getting gas deliveries an expensive proposition and finishes with, “…if you don’t like the prices you can choose not to be our customer.” Or in more plain terms, “It’s six bucks, take it or take your chances in the desert.”

And it can be a chance. There are very long stretches of very hot, arid land that are completely without services. I’ve adopted the rule of not letting the tank get below half empty. Once the gauge approaches halfway I stop at the first station and price be damned. Luckily I’ve still got plenty in the tank when we get to the Essex gas station and only have to stop to take another run at coaxing Lexi to heed the call of Mother Nature.

Lexi blesses me with twins; she pees AND poops and then has a long slurp of water.

From Essex, we get back on the original Route 66. We drive 25 miles on a desolate stretch of desert until we come to the town of Goffs, population 23.

All that really remains of Goffs are some relics and an old schoolhouse that dates back to 1914. Goffs was founded in 1893, as a railroad hub and for a time fed the one rail line that led to a fledgling little town in Nevada, called Las Vegas. With the downturn in rail operations Goffs continued to flourish as a stop on Route 66. In 1931, a realignment of the Mother Road missed Goffs by six miles, portending the death knell of the little town.

Below, views of Goffs.

Goffs and Essex are but two of several towns that have all but disappeared. All that remains of towns with the names, Bannock, Homer, Cadiz and Ibis, are empty shells, remnants of foundations on bare land, and a few mentions in the history books.

After Goff’s we drive on 66 for another 25 miles and then get back on the main highway that takes us into Needles. The temperature is flirting with 100 as we cross over the refreshing waters of the Colorado River and enter Arizona.

The road to Goffs