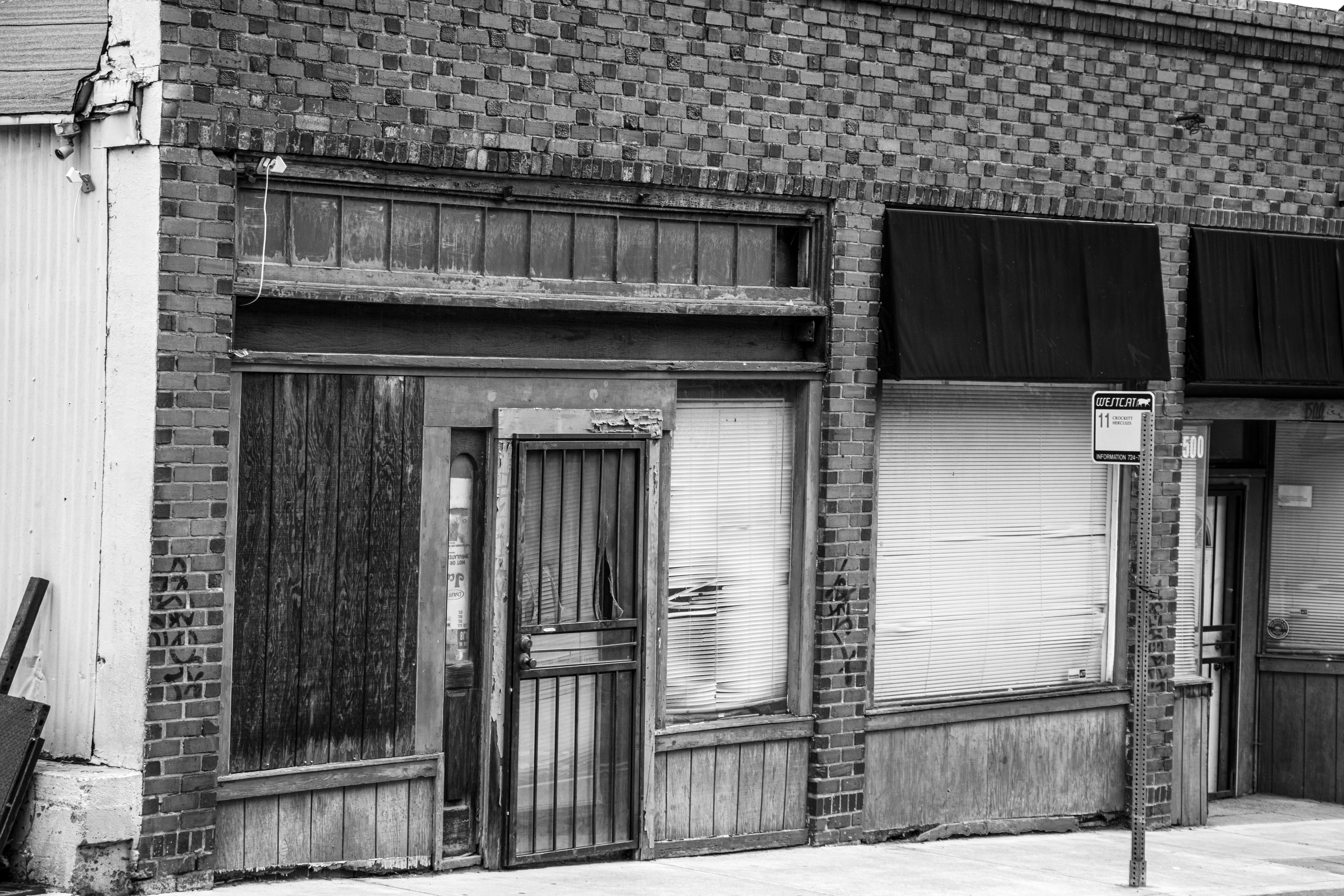 The carcass of the Nantucket Restaurant lies at water’s edge on the northwest corner of Crockett.