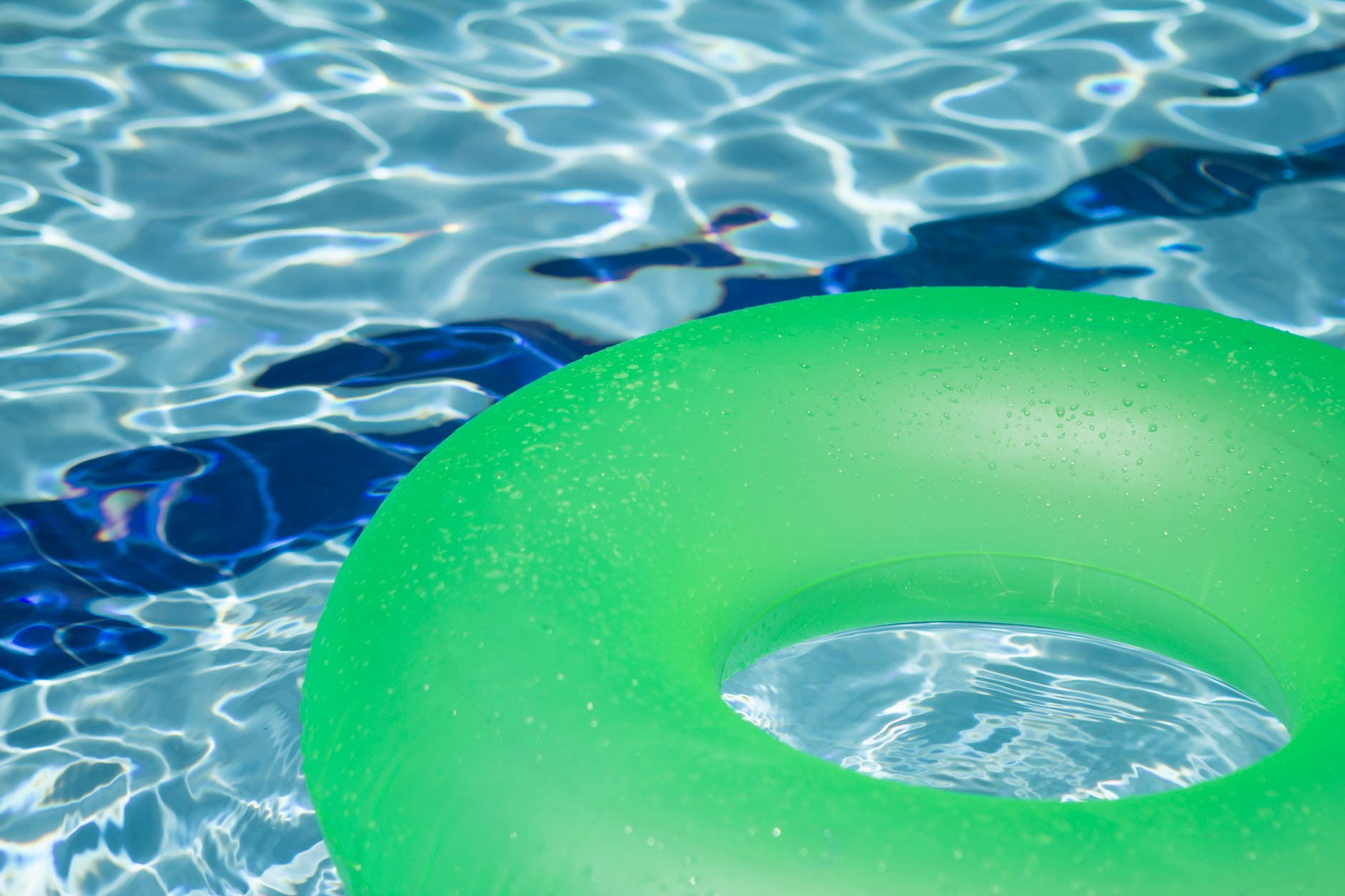 Mid-May is past and we’re plunging right into the heart of summer, that time when a schoolboy’s thoughts, in this case grandson Jackson, turns to summer vacation. He hasn’t seen the inside of a classroom in a little over two months but he’s still looking forward to the end of the Zoom Meetings; 45 minutes of online learning that’s supposed to supplant 6 hours at the school.

In one respect I can hardly blame Jack’s eagerness for the end of the meetings.  I’ve been accused of complaining about retirement but I can say with surety that one thing that I don’t miss is meetings; virtual or in the confines of a conference room.  There is no greater time suck known to man than a meeting and there’s hardly a greater sense of loss than that realized over the hours and hours expended over hooey; hours that you’ll never, ever get back.  Do I warn Jack that his Zoom meetings might be a portal into his future or do I let him enjoy his childhood in ignorant bliss?
And since we’re on the subject, “I discovered that I hate working with idiots, especially when I’m working alone at home in isolation.” ~ Anthony T Hincks, Author

I did express concern to my daughter over the abbreviated online class time.  Granted 6 hours at the school doesn’t translate to 6 hours of actual schooling; take out recesses, lunch, getting a classroom of 30 or so kids under control and that eliminates a fair amount of learning.  Jessica has monitored a couple of these Zoom sessions and has seen the live classroom as well.  She offered that, given some of the unruly characters in Jackson’s class it isn’t easy to get that group focussed in person let alone online. Apparently there’s a lot of assigned work outside of the online sessions.

America just observed Memorial Day and as expected it was a melee, an unmasked, cozy, cheek to cheek free for all.  The well publicized scene at Lake of the Ozarks in Missouri displayed American self-indulgence and greed at its finest, or worst I guess, depending on your point of view.

One viral video that made much of the news and social media was taken at a pool bar called Backwater Jack’s.  The backwater owner issued a statement that no laws were broken citing the County Sheriff’s statement, “Camden County is a tourism-driven economy and each business is working hard to follow the state’s guidelines and protect their patrons and staff. Those who frequented the businesses, bars, and restaurants at the lake this weekend made a conscious decision to attend each event and frequent each location. It was the right and responsibility of each individual who made those decisions to access the risks inherent to those decisions.”

There you go.  Capitalism and Libertarianism all rolled up into one statement that reveals the insidious nature of both.  By the way if you’re on board with the Libertarian portion of the sheriff’s proclamation then by all means sign over your government checks to me.

Meanwhile in South Carolina there was something called a MAGA boat parade held in Charleston Harbor where revelers honored the war dead by chugging beer, unmasking and celebrating a draft dodger.  Go figure.  South Carolina by the way is, as of the date of the Trump regatta spiking in coronavirus cases.
Just for sobs and giggles (more the former than the latter), “Crisis either causes regress or progress depending on the will of the people.”  ~ Abhijit Naskar
Are regress and progress like beauty? Are they in the eye, or the soul, of the beholder?

Those young men and women, all perished in service, parachuted behind enemy lines, flew perilous combat missions and stormed fortified beaches and they did so to liberate the truly oppressed and to stamp out real tyranny.  Wherever they are, what can they possibly be thinking about the self indulgent who whine about being oppressed for having to wear a mask or claiming that not being able to get a massage is tyranny?

I suppose there’s two ways to look at the Memorial Day revelers. They either observed Memorial Day by exercising perceived rights that are being “taken away” or they sullied the memories of those who gave the last full measure by cheapening the notions of liberty and tyranny.  Pick your own immoral to the story.

By the time that this is published we will have hit the dubious milestone of 100,000 deaths.  The comeback from those who are trying to have a glass half full to go with their half wits is to make the specious argument that we have so many more people than Italy and Spain and __________(fill in the country name).  But, as Columbia University Professor Jeffrey D. Sachs explains, “Australia, Japan, Korea, New Zealand, Taiwan and Vietnam — have just over 1,200 coronavirus deaths in a combined population almost the same as the US, 328 million.”  Hell, here in the good ole U.S. of A. we aren’t pikers.  No siree, not in the least.  Why, we can manage 1200 fatalities in a single day with one mask tied behind our back (which isn’t where it belongs).

But Sachs is an academic and in America academics are seen by people from the current president (yours not mine) on down as highbrow elitists with a hidden agenda, some nefarious plot in cahoots with Bill Gates or George Soros to turn America into a Communist dictatorship.  Why believe a Nobel Laureate with real stats and graphs when you can feel good about your bad ol’ self and your bad ol’ behavior by going with the guy wearing a “wife beater” on youtube who flashes ersatz numbers jotted on binder paper with a Sharpie?  He tells you in simple (or simpleton) English what you want to hear.

If you don’t count bad judgement much of the scarcities are over and done.  Toilet paper is rolling right along, there’s eggs and flour aplenty and even bleach is available but you might want to buy it when you do find it.

California is starting phase 3 in some areas.  Our own county has begun curbside retail though I’ve not seen any examples yet beyond a local coffee house, East Bay Coffee which has begun serving coffee at their door.  It’s good coffee but half the enjoyment of East Bay Coffee and most other coffee joints is going inside or sitting on a patio and reading or people watching.

Yeah we’re moving into phase 3 but I’m not feeling good about it.  The feeling of security that’s lurking seems more sinister rather than promising.  Portions of the Bay Area are seeing a rise in cases of COVID-19 by as much as 20%.  Up north from here Sonoma is one of those counties and I was surprised that the bishop of the local diocese has decided to defy the authorities and open up the churches. My daughter thinks the rise in cases might be due to increased testing.

I hope I’m wrong and she’s right. No, I don’t care about the beach, or a haircut (I’ve got almost no hair) or going to a mall and I don’t play golf.  I simply don’t want Kaiser to start postponing elective surgeries again.  My shoulder that badly needs repair is getting beyond nuisance level to keeping me up at night.  My surgeon of choice Dr. Kim is booked solid and I’m at the point to where I’ll go with Doc Holliday if his knives are sharpened.  I’m not going to be a happy camper if surgeries get pushed out again because of people who wave signs that say things like “We are NOT in this together.” (a sign seen in a photo of a protest in Chicago).
“NOT in this together,” read the sign.  It screams of what is wrong here.  But don’t blame that man who hoisted the sign.  He’s just a product of American upbringing.  That notion of rugged individualism was hardwired into the American psyche long before a failed president, Herbert Hoover coined the phrase.  It’s the veneration of the Horatio Alger story, the self-made man which is in most cases just a myth.  The problem with the whole notion of rugged individualism is that it teeters on a balance beam between self-reliance and selfishness.
“We are not all in the same boat. We are in the same storm. Some of us are on superyachts. Some of us have just the one oar.”
~ Damian Barr, Imagine A Country: Ideas for a Better Future

In some previous post I offered the notion that part of me is a little saddened by all of this reopening.  Let’s not misunderstand, I certainly want no more deaths and I certainly want the end to the pandemic.  I’m not rooting for a bad economy to sully whatever remains of Trump’s reputation (He does a fair enough job of sullying it himself).  I have some skin in the economic game so in that respect what’s bad for Trump is probably not great for me.  No, I want all the bad shit to stop.  My letdown is about what we’ll go back to when we go back.

Despite all the predictions, I don’t believe that there will be a drastic new normal, different from where we were 6 months ago.  My sorrow is over the inevitable return to the rat race and to self-indulgence.  While the homicidal/suicidal and the conspiracy theorists are grabbing the headlines (because chaos makes for good news) I believe that the vast majority are doing the right thing.  The looming question is, will they continue to do the right thing when the real all-clear finally sounds?  We’ve learned to do more with less, learned to limit our movement and learned to be respectful of others by wearing masks or yielding in the market or on a trail.  Wouldn’t it be great if that sort of behaviour were to continue?  Maybe I’m just a cynical old bastard.

I certainly hope that we don’t go back to our polluting and wasteful ways. But already I see traffic returning to the usual places at the usual times even though not that much is open yet.  People don’t learn from history.  Hell they don’t even learn from the day before yesterday.
Turkish playwright/author Mehmet Murat ildan puts it succinctly,
“The world will somehow manage to get rid of the coronavirus, most probably with extraordinary death tolls. But then guess what happens? The world will go back to its routine stupidities, namely the wars, supporting the dictators, voting for stupid politicians, destroying the forests, killing earth’s climate etc.!”
Then again he’s got a Doctorate in Economics and is one of those elitist academics, so…..