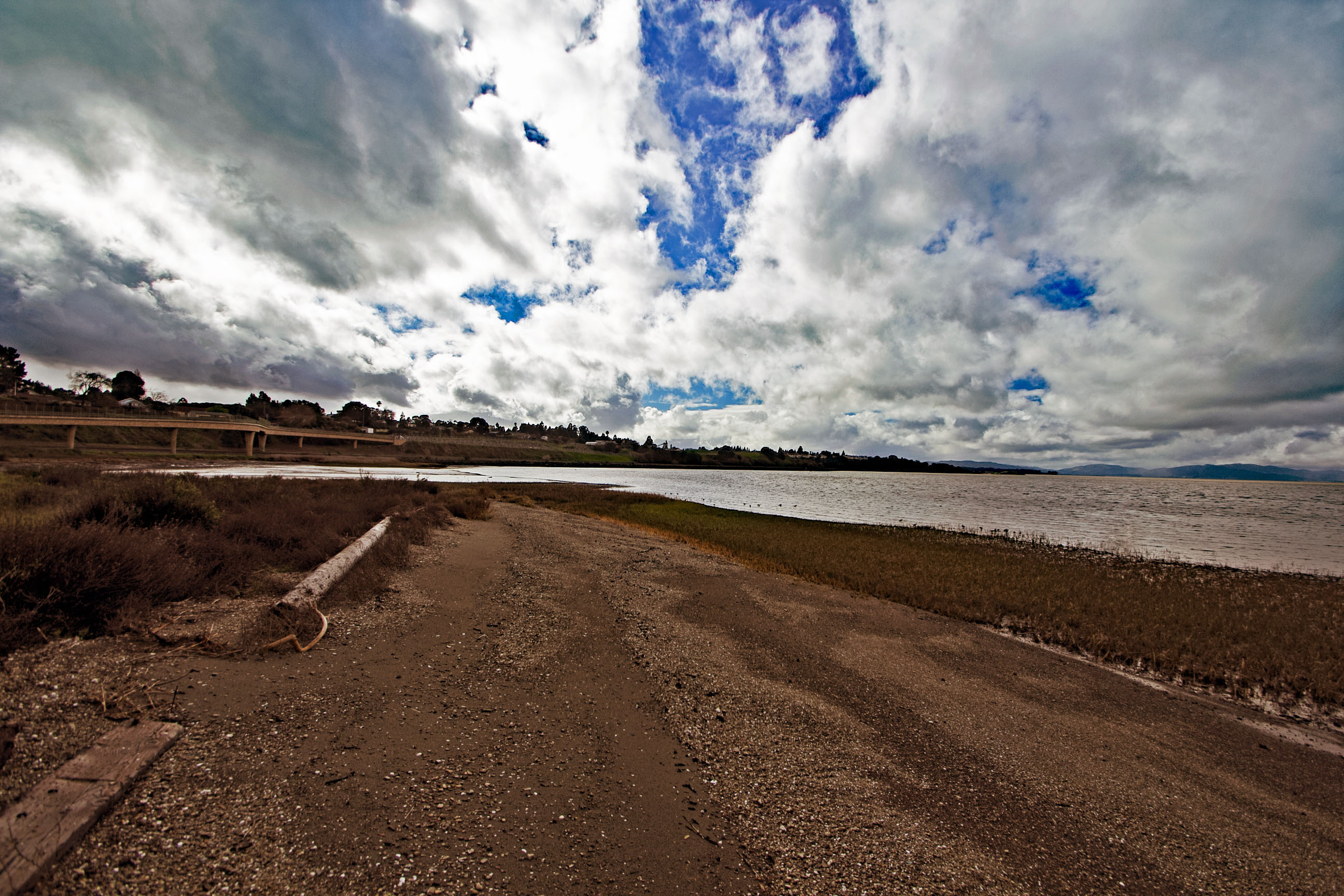 This week’s Lens Artists Photo Challenge is leading lines.  Tina’s challenge is to display photos with lines “carry our eye through a photograph. They help to tell a story, to place emphasis, and to draw a connection between objects.”

Cover photo: San Pablo Bay, California
Converging lines. The lines of the shore and the clouds.

Chinatown, San Francisco, California
In this image, the buildings of Washington Street carry the viewer’s eye to the Bay Bridge. WIth a careful look (and some imagination) the image is all about lines; the vertical lines of the buildings and the bridge tower and the horizontals of the shorelines, the bridge, the hills and the lines of clouds.

Lafayette Cemetery, New Orleans, Louisiana
Two converging paths are the lines that lead to one of the few painted tombs in the cemetery.

The straight line of a street in the city of the dead (edited in mono and color).

San Pablo Bay, California
A line of storm clouds leads to the hills of Marin County.

The National Mall, Washington DC.
Photos taken during a sunrise run with my phone.
The Wall, the path and the green grass carry the eye to the Washington Monument.

Taken from The Lincoln Memorial, the reflecting pool and it’s concrete banks take the viewer to the Washington Monument.  The shot is a mixture of vertical, horizontal and converging lines.

Lines as subjects
Here’s where I play a little fast and loose with the topic. Instead of lines leading the viewer to the subject, the lines ARE the subject.
Marina, Emeryville, California.
The masts of sailboats and their reflections create rows of vertical lines.