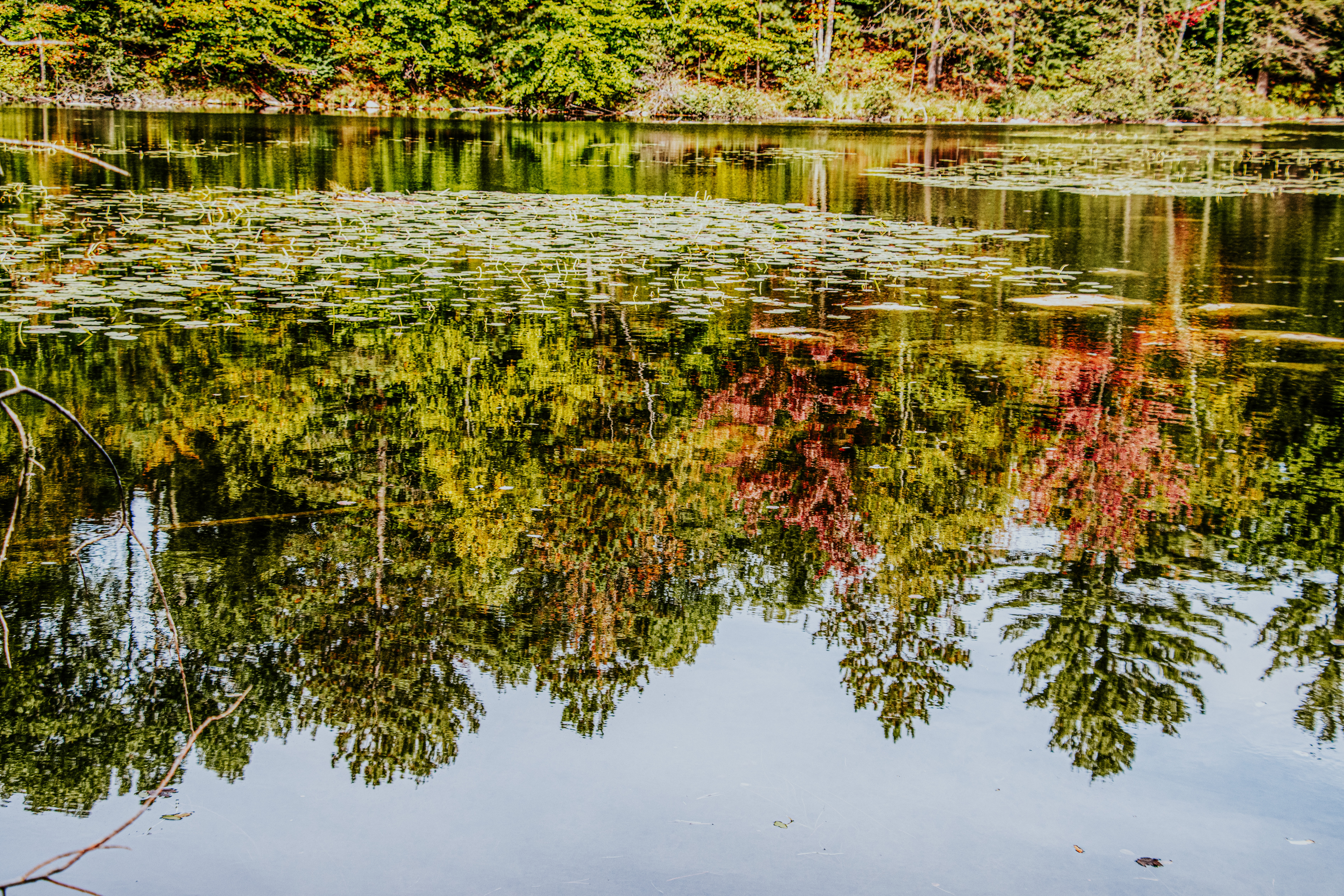 I can’t manage the extra credits above but there’s plenty of double dipping.

Clouds
Below is an alpine meadow near the summit of the Beartooth Highway a scenic 68 mile drive that begins in Red Lodge, Montana and ends at the northeast corner of Yellowstone National Park.

Reflections
Banner image is of a random lake I passed by while driving through Wisconsin.
Below I’ve reflected on the urban scene. The first image is a reflection of the grand Le Château Frontenac, located in Quebec City’s Upper Town. The window is in a building located on Rue du Petit-Champlain far below Upper Town.

The TransAmerica Pyramid in San Francisco is one of my favorite architectural subjects, with it’s unique shape and numerous beams and angles. The photo below is a reflection in one of the Pyramid’s windows of traffic on Columbus Avenue.

Sun
Two sunset shots.
Below, the sun’s rays emerge from behind the Grand Tetons in Wyoming.

Below, the Traverse City Lighthouse sits at the far end of Grand Traverse Bay, which empties into Lake Michigan.

Truck
Every year in September, the little town of Rodeo, California hosts a chili cookoff and car show. Below is a 1955 (?) Chevy pickup reflected in a hubcap.

When Cora and I visited Galena, Kansas on Route 66, we found an old tow truck that was allegedly the model for the character Tow Mater in the movie Cars.

Autumn
Last year I was fortunate to drive through the midwest when the leaves were turning. Michigan was spectacular.
The shot below was taken from the top of Mount Brockway near Copper Harbor, Michigan.

In 2015, Cora and I visited Grand Teton National Park in early October. Before sunrise, photographers gather at the Oxbow Bend of the Snake River to photograph the rising sun lighting Mount Moran. We got up in the darkness on a frigid 26 degree morning to make the drive from Jackson to Oxbow Bend. When we arrived at Oxbow Bend we found at least 100 of my fellow photographers wielding everything from IPhones to aim and shoot cameras to DSLRs mounted on tripods. Cora waited patiently in the car trying to stay warm while I waited for the magical moment. Cora no longer goes along with me when I do the early morning shoots. She prefers a warm bed. It’s an arrangement that works well for both of us.

Pets
Saving the best (friend) for last. Lexi is my shadow, my every moment companion. If I’m in bed, not feeling well she spends the day lying down at the bedside. If she sees me grab the car keys she runs over and sits in front of me and looks up as if to ask, “Where are we going today?” When I open the door to come out of the bathroom she’s often sitting at the door waiting.
The photo below was edited with an oil painting filter.

I love the photo below because Lexi’s nose is always at work. Whether it’s on a walk or just lolling on the back patio her nose is always twitching. The image below was taken of Lexi savoring a moment in the sun at the shoreline of San Pablo Bay where there are scents aplenty.

Check out Travels and Trifles (link) for other Treasure Hunts.