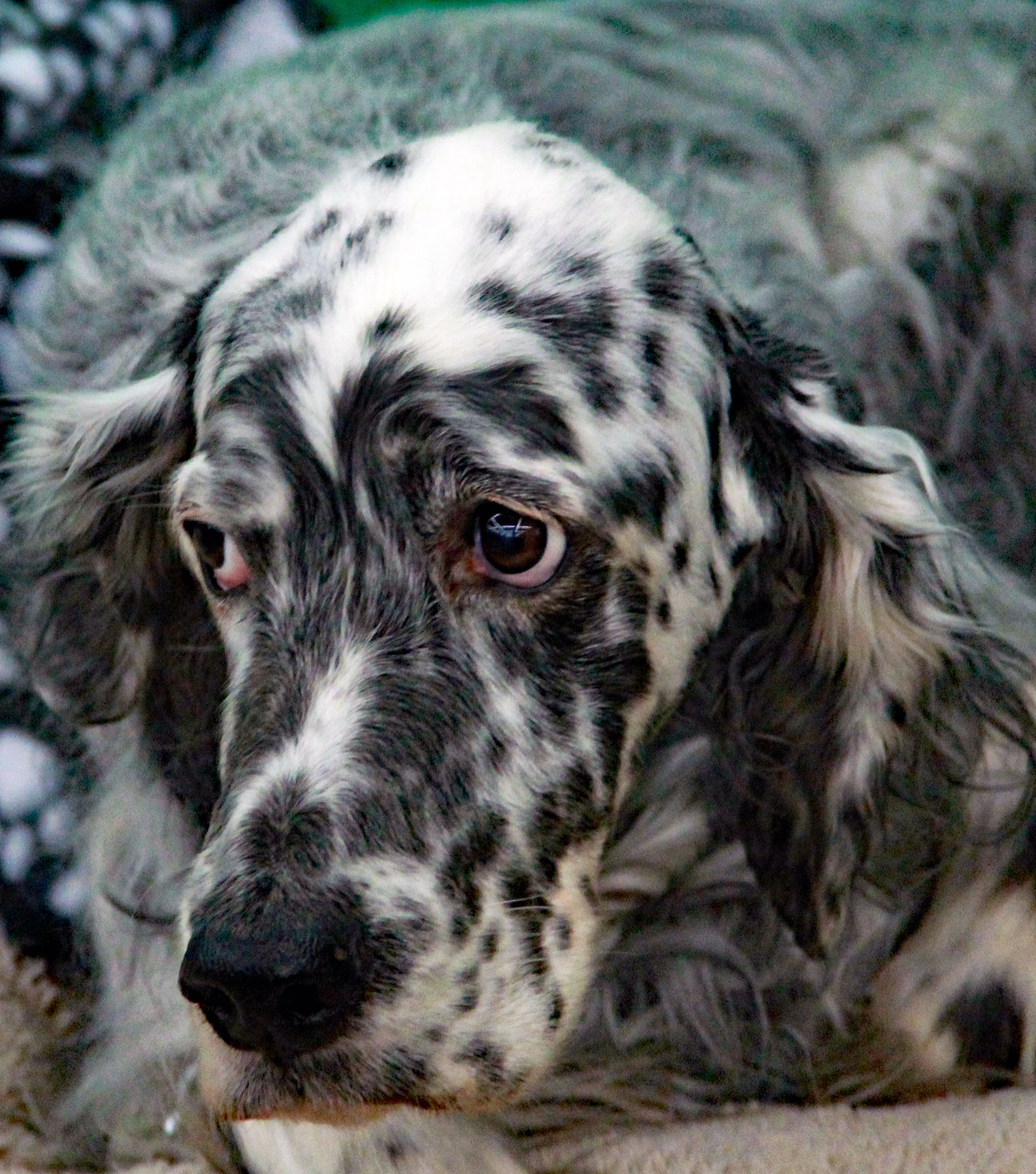 There’s not much rhyme or reason to my selections. As I scroll through a year of photos I’m not looking for anything in particular; just that brief recognition that something in the image strikes me.

Silver Terraces Cemetery, Virginia City. Ghostly graveyard.
There was never any doubt about including this photo as edited in black and white. The photo as originally shot in color is a flat daytime scene. After editing, the ho-hum daytime shot turns into a ghostly nighttime image. The shadows against the stark white give the impression of an unseen full moon. (The original color image is below the monochrome).

Golden Gate Kennel Club Dog Show, Cow Palace, San Francisco California. Sad sack setter.
The Golden Gate Kennel Club dog show in San Francisco is a benched show which means that when the dogs aren’t struttin’ in the ring they are on display at a “bench.” I imagine that for the first few hours they love the adulation and the hugs and caresses from kids. Two days in and this English setter seems to be saying, “The thrill is gone and I’m tired dad. Can we just go home now?”

Silver Terraces Cemetery, Virginia City. Boothill and the mustang.
Silver Terraces is a stark, dry cemetery on a patchy carpet of sagebrush and dotted with gnarled trees. It dates back to the mid-nineteenth century and houses the remains of miners, immigrants and pioneers. It is a place that evokes scenes of the old American West. As I strolled the cemetery I spotted a wild horse grazing next to an old tombstone. I’m not thrilled with the composition but it’s still classic Americana.

Saint Matthew’s Cemetery, Quebec City, Canada. The bistro and the graveyard.
Rue St. Jean is a festive, bustling street and a cemetery in the midst of all the gaiety is something of an incongruity made all the more apparent when I came across the view below. A solitary, centuries old gravestone sitting a few feet from al fresco diners at Le Veau d’Or. What could the spirit in that old mound have been thinking? Clearly the diners were oblivious to the irony. Shot in color with the gravesite edited in monochrome.

San Francisco Botanical Gardens, Golden Gate Park, San Francisco, California. Stamen
I’ve always labored under the notion that most of the photo should be in sharp focus with a minimum of blur. After experimenting with a new macro lens and some flower photography I found that lots of blur isn’t a criminal offense and can highlight and carry the eye to the main subject.

A thorny subject.
Staying with the theme of using blur to draw the eye to a subject I shot some cactus thorns through a hole in one of the pads of a prickly pear cactus. The photo was color edited.

Classic car show, Rodeo, California. Reflections.
If there’s one thing that characterizes classic American cars it’s chrome, and plenty of it. Browsing these beauties I noticed the reflections in these shiny machines. The hub caps, bumpers and even the headlamp frames provided mirrors into the surrounding show.

The front panel of a 49 Ford provides multiple reflections of it’s sister Ford.

MIRA Tower, San Francisco, California. Urban photography.
I’m not much of an urbanite or suburbanite for that matter. Give me a cabin near a trout stream with no internet and I’m content. That said, one of my favorite cities is nearby San Francisco which has lured me on numerous occasions to try my hand at urban and architectural photography. Most recently I shot the MIRA Tower a unique building near downtown. It gave me the opportunity to get a little wild with photo editing.

No, this is not the actual appearance.

Norris Geyser Basin, Yellowstone National Park. Dead trees and monochrome.
If color is eye popping, monochrome can enhance a mood. Monochrome best expresses the starkness of this stand of trees killed by the heated waters of a nearby geyser basin.

Washington D.C. Dawn clouds over the Washington Monument.
I was out for a morning run through the mall in Washington D.C. when the clouds presented some unforgettable photos. For this shot I was standing at the opposite end of the reflecting pool and noticed what dawn’s light was presenting. I had to sprint to the other end before the opportunity was lost. Taken with my cell phone.

A photo is a singular moment in a greater story.  There’s always a tale behind the images. They recall special times, events, people and places. The emotions birthed from an image can be universal, deeply personal, or both.  Even the most poorly shot photo can inspire, bring a laugh, break the ice, touch the soul, fetch a tear or break a heart. The photos below are ones that kiss my heart whenever I see them.

Virginia City, Nevada. A mustang moment.
My wife Cora and I were driving through the edge of the old mining town of Virginia City when we saw a band of wild horses by the side of the road. I asked her if she wanted to stop so that she could take some photos with her phone to post on Facebook. We got out and one small horse unexpectedly approached Cora. I don’t know what surprised me more, the horse’s approach or Cora not running for the car (she’s usually been timid around horses). The horse came right up to Cora and she stroked the horse’s muzzle. It was a brief bond that seemed to be fated. Technically it’s not a great photo and the composition could be much better but it’s one that touches me every time I see it.

Rose Garden, Golden Gate Park, San Francisco, California. Nana
This photo, over 40 years old was one of my first real attempts at portrait photography taken with a Canon A1, with, yes, film. Her name was Nana and she was my first true love. We were both 26 years old and in love when she left suddenly. I’d not seen her since. While working on an unrelated post I learned by mere chance that she’d passed away six years ago. I was crushed. This photo takes me back and still hurts my heart. Photos can have that effect.

Lexi.
My best friend. Almost every morning we go for a run and she leads out. Every now and then she turns her head and looks back as if to make sure I’m still there.