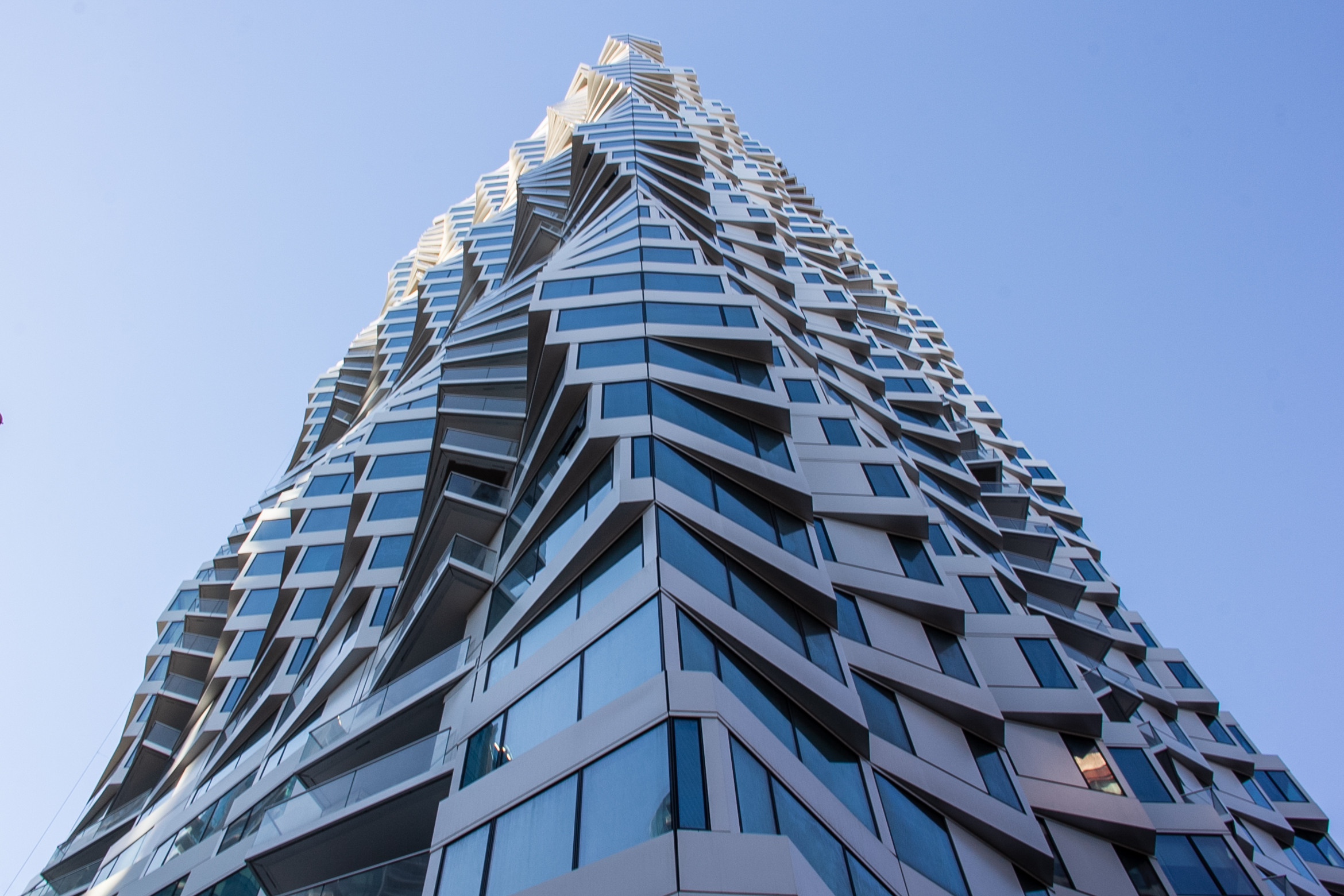 I was feeding the parking meter at the corner of Spear and Howard Streets in San Francisco’s south of Market area when Cora pointed up at one of the many high rise buildings going up in the area.
“Look at that building.”

Following her finger I gazed up at a strange twisted tower. It looked like some giant had planted it into the concrete and over tightening, caused the building to contort. Is this a  a preview of a structure tortured by the next big earthquake? We haven’t had one of those in San Francisco since my birthday in 1989 and the construction debris and chain link fence still surrounding the tower identify it as a work still in progress. This curious structure just begs to be photographed.

As originally shot from Howard Street

A young woman with the same idea stopped in the middle of her run, pulled out her phone and took shots from different angles. We wound up next to each other and between our skyward gazing exchanged a knowing look.
“Isn’t that a cool building?” she said.
“Very cool.”

As originally shot from Spear St.

The building is called MIRA, a 39 story, 422 foot gnarled looking residential monolith designed by Studio Gang Architects.  Construction began in 2017 and completion is scheduled for 2020.

If you’re going to design a twisted building you have to expect some twisted interpretations and to that I offer:

MIRA with an added twist

MIRA is located just two blocks from the San Francisco bayfront promenade, The Embarcadero.  A condo on the east side will afford a panorama of the bay, the Bay Bridge, the East Bay Hills and spectacular sunrises. One has to wonder if a warped building will get you a warped view.  One thing is certain though. The price tag will surely wrench your bank account.

For the unwashed bourgeoisie a 614 square foot junior one-bedroom condo will run just under $900,000.  High rollers can get into a 2,176 square foot three-bedroom, upper-floor unit for a paltry $3 million.

12 thoughts on “MIRA – A Twisted Sister”