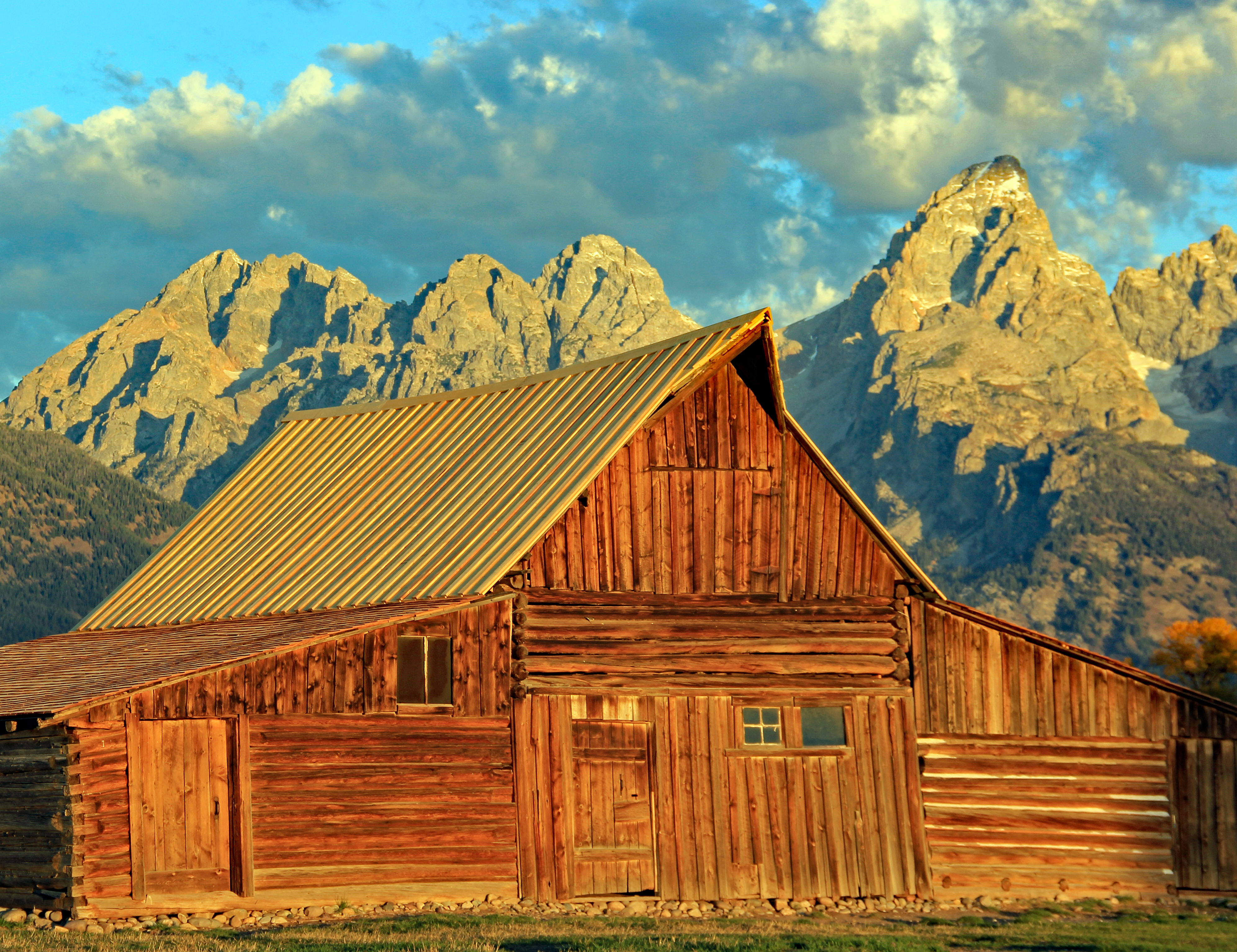 Cora was quite the trooper to get up before sunrise and wait in a cold car while I took pictures at Oxbow Bend.  The next morning she turned in her trooper’s badge and opted to stay in our nice warm cottage and spend a comfy leisurely morning sipping freshly brewed coffee.

While I love my wife’s company there are times when I feel more comfortable when she decides to send me off on my own. One of those times is a photo shoot on a cold morning. The previous morning at Oxbow Bend had me concentrating on both photography and Cora’s comfort (or discomfort). So on this particular morning I felt the liberty of concentrating on photography only. That’s not to say that there isn’t a downside. I often end up disappointed for Cora missing a spectacular site.

On this particular morning the destination would be Mormon Row and again it would be during the cold predawn. Built in the 1890’s Mormon Row is described in The National Park Service Guide, Homesteaders established 27 homesteads in the Grovont area because of relatively fertile soil, shelter from winds by Blacktail Butte and access to the Gros Ventre River. Despite the harsh conditions of Jackson Hole, Mormon settlers grew crops by using irrigation. These hardy settlers dug ditches by hand and with teams of horses, building an intricate network of levees and dikes to funnel water from central ditches to their fields between 1896 and 1937. Water still flows in some of these ditches.

Mormon Row is the site of what has been described as the most photographed barn in America; that built by Thomas Alma Moulton. The gabled barn mimics the Teton peaks to its west and as dawn breaks peaks and barn are lit by the rising sun creating a stunning spectacle.

Just as at Oxbow bend, finding the Moulton Barn was easy; follow the photographers. I arrived at the site of the barn and set up my tripod with the rest of the nuts braving the morning chill.

Sunrise Touches the Peaks over the T. A. Moulton Barn

Below – Two views of the T. A. Moulton Barn in an autumnal frame.

Morning Moon Over the T. A. Moulton Barn

After I was finished at the Moulton Barn I got treated to one of those traffic jams that are common in those parts; one caused by a herd of bison meandering down the road.  One driver inched his car through the herd, not a smart idea if you value your paint job.  It’s easy to be fooled by the ponderous look of these beasts but make no mistake they’re agile and fast.  The heaviest of land animals at up to 2000 pounds they can reach a speed of 40 miles per hour.  After a short wait the bison herd moved to a field to graze.  I parked a safe distance from the herd to admire and photograph these magnificent American beasts.

A short distance away a herd of pronghorn grazed unfazed by the massive horned creatures. Pronghorn often, and inaccurately called antelope are unique to North America.

I left the Mormon Row area with the intention of going back to our cabin but it turned out that I would be sidetracked to another spectacular photographic venue.  Next up, Schwabacher’s Landing.