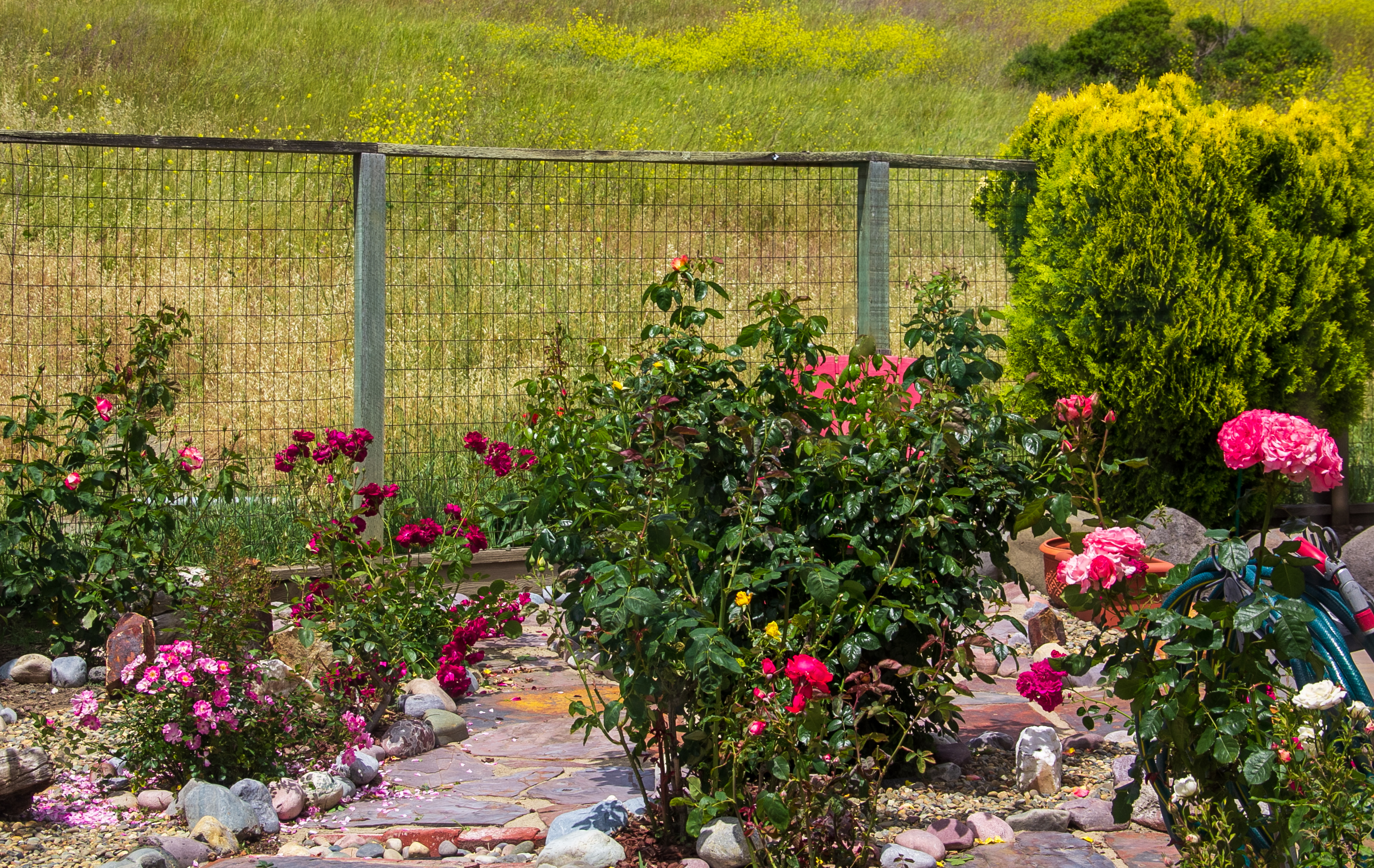 The end of another shelter in place week and we’re officially two months in. This week the weather decided to turn back the clock to the beginning of our lockdown nine weeks ago, mid-March. When it hasn’t been raining this week it’s been blustery and chilly, for the Bay Area that is, a qualifier that I have to add because there are people who live in places where cold is really cold and not the mid-50’s.  The rains have turned the front yard project into mud and the weekend rains aren’t going to allow for any drying.

Two things to take away from the weather. Well, three if you count my cursing the messenger, the various weather forecasters who can’t seem to get it right.  One positive takeaway is that it keeps people from going to parks and beaches and the homicidal/suicidal from hitting the streets to protest, maskless and shoulder to shoulder.

Blessings and Misfortunes
The other takeaway is a more personal one.  Most of my computer time, when I write, or edit photos or blanch at my plummeting 401K is spent at a little desk in a niche of our dining room.  The window looks out on a little corner of our backyard; roses, a stone path and a small seating area.  Beyond, on the other side of the fence is the field where deer graze, wild turkeys gobble and the occasional coyote forages for whatever unlucky critter pokes head from hole.  Sitting at the desk I can watch Lexi, who’s reached the age when her bird dog instincts are in full flower.  An occasional quail or blue bird will keep her riveted.  A squirrel running along the top of the fence has Lexi furious.

When the weather is nice, I can go out to the little seating area, surrounded by pink, red, orange and yellow buds and read or just lounge and take in the sweet fragrance of the roses.  Lexi lays nearby on the big flat sandstone slabs, heated by the afternoon sun.  If that little corner doesn’t appeal I can go out to the front porch that looks out at the hill that looms over our little valley.  We’re not in the country by any means but we aren’t out amongst it all either.

What does this have to do with the rain and some takeaway?  I have a pleasant shelter in place option (Shelter in place better known as SIP because what’s the 21st century without acronyms?).  Sure we’re limited in our options outside of our domicile but this really isn’t lockdown.  That said I don’t really dig being stuck in the house when it rains as it has this week and will over the weekend.

It’s when I miss going out into the yard, or having the option to go out into the yard, that I realize that there are people in apartments who are really confined; some living alone with no family or friends, either two legged or furry four legged.  I’m thankful, not just that I have my health but that I have an outdoor retreat. I have to remind myself, or Jessica often reminds me, that there are a lot, probably a majority of people who really are getting cabin fever.

Today as I write I’m watching Cora, in her straw gardening hat, tending to the garden, snipping flowers from the rose bushes and cleaning up the flower beds.  Lexi is busy supervising.  Occasionally, thinking that she’s lending a helping paw, Lexi will start digging furiously and Cora will yell, “Stop! Are you crazy?”  At that Lexi will bob and weave like it’s all a game.  Other times Lexi will sneak up to Cora’s side and give her a big juicy.  It’s these times, watching my wife of 39 years (come the 20th of this month) doing what brings her joy, that COVID-19 becomes just a backstory, a non-story.

Others are hardly at peace.  I know someone whose husband is in the Lompoc Prison Complex and things there are dire, described by the Santa Barbara Independent as a time bomb,
The COVID-19 time bomb ticking inside the Lompoc prison complex since late March detonated in dramatic fashion this week as the federal facility confirmed 912 open cases among inmates and 25 cases among staff. The outbreak remains the largest in any federal prison in the United States. The rest of Santa Barbara County has reported 475 total positive cases.
She posts on Facebook every now and then. You can tell at times that she’s trying to stay positive, at others you can read the tension and worry.

But hey, people want their lives back. That’s what a former co-worker named Lisa often posts on Facebook, “We need to get our lives back.”  I would imagine that would be the case for 90,000 other Americans who, unless reincarnation is real, are shit out of luck. Lisa is now a former Facebook friend, our friendship having fallen victim to her selfishness and stupidity.  There’s one thing that I have little patience with and that’s outright stupidity.

T.V. Books, Sports and Dirty Radio Hosts
Some of the guys on the radio station that I listen to talk about their shower free stretches; two, three, four days, even a week (Are they married?).  I’ll admit that I’ve gone two days but only on those days when I don’t run or do anything else beyond sitting in front of the computer or reading.  I’ve heard that for many the daily dress is P.J.’s or raggedy sweats and a t-shirt.  I haven’t gone the P.J. route but I have spent the occasional day in sweats.  This week though I’ve decided to feel more civilized.  I’ve given up the t-shirts in favor of collared shirts.  Yesterday it was a pink polo and today a bright green polo.  Tomorrow being Sunday I might go all out with a full button down dress shirt (untucked of course).  Ah, the things we do to amuse ourselves.

To be clear, the radio station is sports talk which probably explains the shower shortage. You’d think there’d be a shortage of sports to talk about but they are a creative bunch. There may not be any games but there’s plenty of fodder for talk.  Player contracts, the fate of the basketball season halted in mid-season, the baseball season that never started and, horrors, the possible absence of football.  This morning a retired major league pitcher talked about the need for sports – NEED.  Need?  It’s most certainly a want but his point is well taken.  The nation, the world could sure use the healing power of sport.  Like chicken soup, couldn’t hurt.

My last piece mentioned the season finale of one of our favorite series, Bosch, about a homicide detective (“Our day begins when your day ends” reads the sign in the homicide division) with the LAPD.  Sadly it’s the series finale. Cora’s attempt at consolation was,
“There’ll always be more series.”
“Really? Nothing is being filmed now.  Come November there won’t be anything new. And as for the partly nekkid, simulated sex where you always say, ‘My god they show everything,’ well those won’t be back for years and they might be wearing masks.  The face of HBO is going to be different with social distanced faux copulation.”
A loyal reader of this very blog suggested we try Messiah. Two episodes in, and, pretty good.

It’s not as if Cora and I are going to be out of things to watch anytime soon. We can always go back to The Sopranos which we gave up on after it seemed to me that we were watching a remake of The Real Housewives of New Jersey.  We never watched Game of Thrones.  We have been watching a Masterpiece production called World on Fire which is excellent if you don’t look at the two inches of makeup that make up the appearance of a mask on Helen Hunt.

There’s always reading.  Right now it’s John Dos Passos 1919 for pleasure and a textbook for my class.  There’s also Eichmann in Jerusalem and The Communist Manifesto for my class.

My class.  I’m halfway through my Yale University (I’m a shameless name dropper) political science class.  Right now we’re studying Karl Marx.  I wonder what he’s thinking, wherever he might be, about the current imploding economy.  He was probably rooting for the coronavirus to bring Capitalism to its knees until the Republicans held their noses and went all Keynesian.

In a previous piece I wrote about a small nearby neighborhood pub, The Powder Keg, that had closed its doors on March 15th.  Two days ago, while out for a run, I passed the restaurant and saw a new sign on the door.  Turns out they’ll be reopening for takeout on Monday.  We’ll take any good news wherever and whenever these days.

In the end it’s comforting to know that some things are constant like the companionship of a dog who lays in her dog bed by my side while I hammer away at this blog.