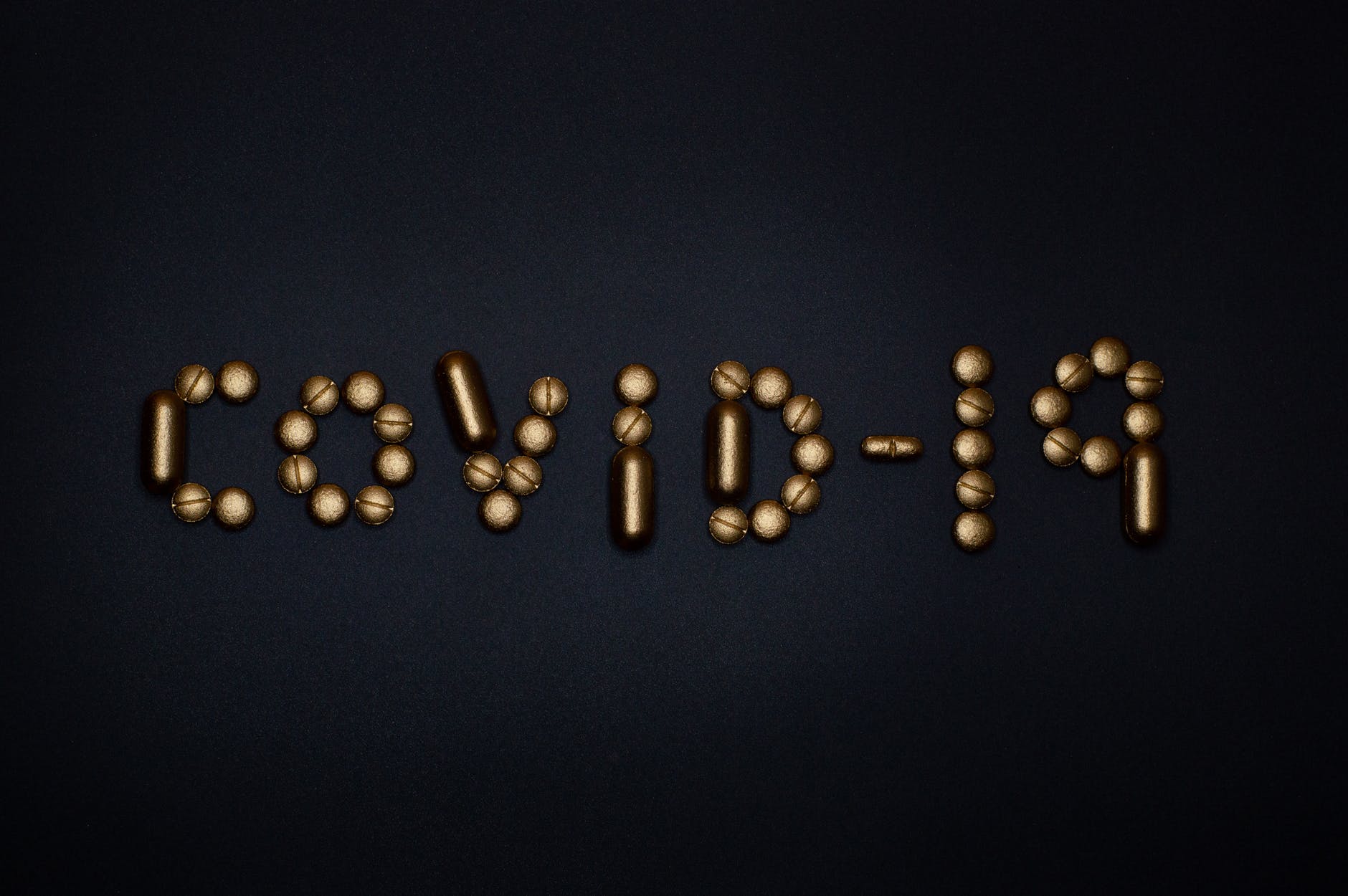 5:30 in the morning and as per the routine I’m the first one up with Lexi a split second behind. Get dressed in the dark while Cora sleeps.  I’ve decided that I’m going to have a dedicated “in the house” garb.  My “travelling clothes should go into the hamper once I’m home although I’m not as religious about it as I probably should be.  Laziness in the time of covid isn’t exactly a capital idea.

Bright red Adidas sweatpants and a red sweatshirt.  At least I won’t get this confused with any other of my clothes in the closet.  It doesn’t leave the house except to go down the street to get the mail and given the bright screaming red that’s probably a good idea. Whatever possessed me to get those pants?

Finances
My Social Security check hit today so I can pay my credit card bills.  A few days ago I made the decision to make more payments with my credit card than the debit card. Credit card payments don’t require me to actually touch the keys on the transaction pad. After a few days I simply transfer money from checking to pay off the Visa purchases.
I look for my saved listing of passwords with one of my bank passwords.  The list isn’t where it’s supposed to be.  Accidentally dropped into a folder?  No, deleted and not retrievable.
I manage to find some of them and recreate the list but two important ones are still missing. One of the banks and the one for one of my stock sites.
After creating the password for my stock site it takes me right to the dashboard.  Do I really want to look at my balance?  Why not, I’m already on the threshold of hell. Another six thousand dollars gone.  Since this mess started I’ve now lost $46,000.00 dollars. A  lot of that is my fault.  I didn’t bail out of the stock funds in my 401K’s and hide them in a T-Bill account in time.  The money is now in a more or less neutral site but the damage is done.
The interesting thing is, I’m not stressing over it.  We’re surviving on Social Security and Cora’s money has been in a safe place.  Mine will come back at some point.  I’d considered applying for one of those work from home Amazon jobs but there are people who actually NEED those jobs.

The Morning News
185 deaths in the U.S. the day before (the 24th), making it America’s worst day. CNN warns that the worst is yet to come.

I watch CNN but it’s on a short leash.  Let me be clear, I think the election of Donald Trump is one of the most catastrophic events in American/world history.  That said, CNN has been on a 3+ year mission to predispose it’s reporting to discredit Trump.  It has become the anti-Fox and I’m not interested in propaganda from either the right or the left.  Most recently I was not happy with CNN jumping the World Health Organization in calling Covid-19 a pandemic.  CNN seems less interested in reporting the news than creating it and editorializing.  Done with CNN I turn on the local news.

Cora comes down a bit later and sees Andrew Cuomo blasting the federal government on the screen. “He’s feuding with Trump,” she tells me.
“I’m not a big fan of Cuomo,” I tell her. “Just after the Bay Area went on shelter in place, the New York City Mayor contemplated doing the same thing and Cuomo came out and said ‘It won’t work.’ Won’t work?  Nothing ventured, nothing gained, right?  He was days behind California, which was days behind the Bay Area, which was days behind the world and all of it was too late.  Now New York is the American epicenter and Cuomo is bitching about it and hasn’t issued a single mea culpa. Fuck Cuomo and fuck his opinionated brother for not calling him out.”  Cora shrugs off my rant and makes her breakfast.

Kaiser
I’m on Warfarin which requires regular blood tests and I’m past due. The Kaiser facility in Pinole is one of the small satellite locations; primary care, a lab, a pharmacy and a little snack bar.  At ten in the morning the parking lot is usually packed and I’m prepared to cool my heels in the lab’s waiting room.
Surprise, the lot is almost empty.  The front entrance, usually wide open is cordoned off and two security guards are metering entry.  The cordon directs you to enter from your left on the way in and to exit from your left on the way out.  A few steps in and a masked young woman sitting at a folding table in the middle of the aisle asks me the reason for my visit.
“Blood test.”
The woman asks me to sanitize my hands, directs me to the lab and thanks me for observing social distancing.  Social distancing; come January 2021 “social distancing” is going to be the phrase of the year 2020.  Didn’t even know “social distancing” was even a thing.  The lab waiting room is empty and I walk right in for the blood draw.

I’ve started to bring my camera everywhere in case there’s something I can document about this extraordinary time so instead of going straight home I decided to take a drive for some photo ops – maintaining social distancing of course.

Once on Interstate 80 I can see why there have been so many accidents lately.  With less traffic on the road people are treating the freeway as if it’s a NASCAR track.  A black pickup roars by me at what must easily be 90 miles per hour.

During my drive I pass American Soil and Stone in El Cerrito.  It’s where I’ve been getting materials for a backyard project.  It’s open.  Looks like I can continue my project. How long does the coronavirus cling to stone I wonder.

The Daily Briefing
It’s 2:30 and the White House briefing is late.  Apparently they’re waiting for Trump who’s going to run the show this afternoon.  That’s interesting because the reporter just said that Trump is getting antsy, not much to do.  No dignitaries to meet, no state dinners. Clearly no golf and I can’t imagine that Melania is interested in any “rolling in the hay.”

While waiting for Trump we’re told the good news; Italy’s daily butcher’s bill has declined, and the bad news; Spain has 700 deaths in one day.  The U.S. total as of that moment in time is 63,800 cases and 890 deaths. The numbers will be old news in a matter of a minute.  The running tally on the screen resembles the changing vote tally during an election day.

This is the first time that I’ve sat through an entire briefing. Trump drones haphazardly, reading from prepared notes and I wonder if he was the one who prepared the notes.  I can’t imagine that he did.  It isn’t so much the content that’s depressing.  Of course there’s the usual fraudulent self promotion.  Trump announces that the U.S. has passed South Korea in the number of tests.  He leaves out that minor detail that it’s taken us weeks to do what the Koreans accomplished in days.  It’s not the conceit and the lying but the delivery, the look of the man that’s so disturbing.  This is clearly beyond Trump’s scope. “Deer in the headlights,” doesn’t even begin to convey the fact that Trump is lost. He’s not the guy you want in the foxhole next to you; he’s not JFK standing up to Nikita Khrushchev; he’s not FDR calming a confused and frightened nation; he’s not Churchill exhorting, “If you’re going through hell, keep going.”  Clearly the buck doesn’t stop at Trump’s desk; he sends the buck on a trip to another desk, another country, another party, another era or a previous administration.  His briefing is mercifully brief but he’s left me feeling hopeless.

The dirge is done but I stay with MSNBC for a few minutes to find that the news from south of the border is absurdly frightening.  It seems that the leadership of Mexico and Brazil aren’t even taking this as seriously as Trump.

Day’s End
Just before bed I find an article about a Michigan doctor who created a video showing how to safely bring food into the house.  It’s a concern I’ve had for some time now.  What if someone unknowingly carrying the virus has touched that can of soup?  I forward it to Jessica for her opinion.  I value my daughter’s opinion.  She’s often the most level headed and well informed one of our household.

Another day on the covid calendar done and gone.