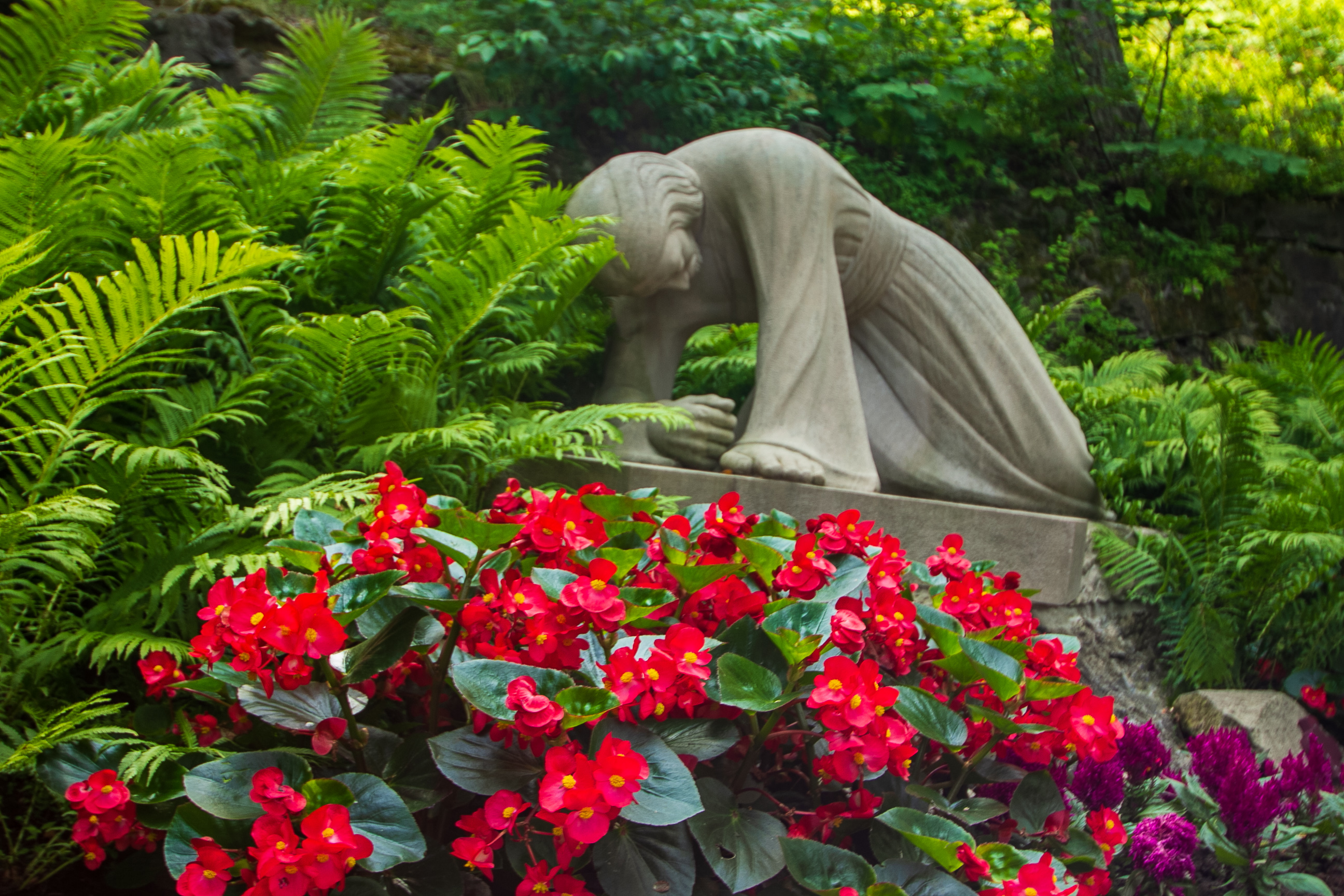 The first full day of our trip began with the short two hour drive from Burlington, Vermont to Montreal, Canada. Our first stop was the Roman Catholic Basilica, the Oratoire – St. Joseph (St. Joseph’s Oratory). The church, located on the northwest slope of Mont-Royal, is Canada’s largest.

After touring the church itself, Cora and I walked through the Passion Garden. For me this was the highlight of our visit to the church and it’s grounds.

The path traces the 14 stations of the cross, each station featuring limestone statues approximately 9 feet tall.

It took the sculptor, Ercolo Barbieri, 6 years to carve the 42 figures that make up the stations.

A rolling path meanders through lawns, trees and shrubs in a variety of green hues splashed with a medley of colorful flowers.

The garden, located on the east side of the church covers 200,000 square feet.

We quickly found out that a summer day in Montreal can be hot and muggy. The garden provided a cool, relaxing retreat from the sticky weather.

I’m not a religious person by any stretch but I found each station to be gripping.

I was particularly taken with the two mourners (detailed above and below) at the crucifiction. The sculptor managed, without intricate detail in the faces, to capture the essence of sorrow. I think that the figure pictured above is for me the most expressive and the most moving.

The image below is of the church itself seen from The Passion Garden.