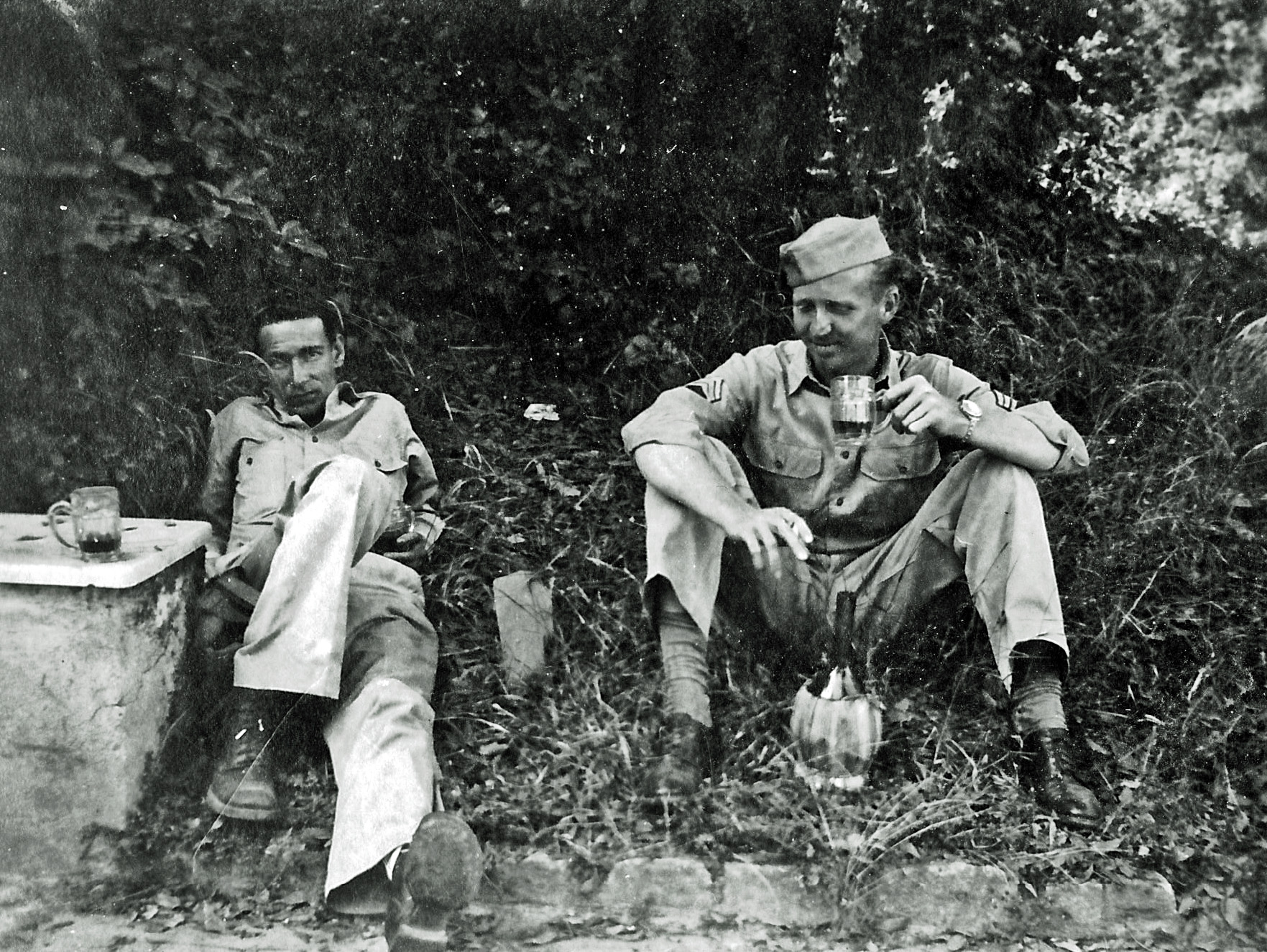 The second post in a series about the treasures and trash found in an oak rolltop desk that had worn out its welcome. The first chapter, THE OAK DESK PART I. BORN AND BURIED describes the desk’s birth, brief life and death.

My oak desk was gone, it’s splintered remains scattered about the landfill on the seedier east side of Richmond near San Pablo Bay. It was now left to the scavengers who root through the debris looking for a reclamation project or, even more ignominiously, a target for pooping gulls.

The desk that I’d hankered for, for years had become a catch all for trash and treasure until finally the time came for us to all be put out of its misery.

After euthanizing it with a drilling hammer all that was left were stacks of letters, documents, mementos and just plain stuff strewn around the bedroom floor. I found photos that dated from the 1930’s to the 2000’s, some faded and close to tatters and others in amazingly good shape for being around 75 years old.

Included in the cache were photos in envelopes and tattered albums that depicted two families, my mother’s in Rome, Italy and my father’s in Salt Lake City, Utah; families that would be forever tied by war. I found photos taken in Italy, as hostilities in Europe were breaking out, a few taken late in the war and a number of photos taken between 1945 and 1947.

When the United States entered the war, dad was working as a bookkeeper for the Utah Fuel Company and living in a boarding house in Castle Gate, Utah about 90 miles southeast of the family homestead in Salt Lake City. According to his draft card R.O. Anderson was 5’11”, weighed 140 pounds and had a ruddy complexion.

In its flush days, Castle Gate was a coal mining town that first appeared on the map in the late 1880’s. While still in relative infancy Castle Gate became famous when Butch Cassidy held up the railway station and made off with 7 G’s in gold. It gained further notoriety in 1924 when an explosion in Castle Gate Mine #2 killed 172 miners. The Utah Fuel Company was gobbled up by Kaiser Coal in 1950 and Castle Gate was dismantled in 1974. Long before that, dad vacated Castle Gate and headed off to war, serving in the Army – Air Corps.

There were stacks of photos of members of my mom’s side of the family; some of them I knew right off, some I guessed at and others unknown, characters who might just as well have been doing a 1940’s version of photobombing. There is little information on mom before World War II. Nothing about schooling or work. She had two siblings, a brother Giuseppe who went by the nickname Pino and a sister Juliana; both long passed away.

Mom and I’m guessing her brother taken in 1939. War was just breaking out.

Mom was a skier at one time. Skiing was an activity that was she never was able to pursue when she moved to the United States. Less than 10 years after arriving she was hit head on in a collision that left her with a permanent limp and eliminated anything athletic.

Dad’s exact service dates are unclear. What is known is that, like most servicemen who were sent to the European Theater, he spent time in England. After that he served in North Africa and  Southern Italy, finally arriving in Rome where he ended his service.

Very few photos exist in the collection that I found that were taken while war raged with no foreseeable end in sight. The photo below was taken in Naples in the Spring of 1944. D-Day was still weeks away.

Naples 1944. Dad (on the left) and a comrade sampling the local wine. Note the jug in front of the man seated.

The story goes that mom was walking her dog in one of Rome’s piazzas. Dad was apparently relaxing nearby watching the lady with the dog when the leash got tangled in a barrier or fence. Not one to pass up an opportunity dad offered his help getting the leash untangled. Isn’t that the way it always works? The dog manages to be the first attraction. I know that’s the way it is when I take my dog Lexi out (Just keep it a secret from my wife).

By the time dad had arrived in Rome, the war had left Italy but still raged on as the Allies closed in on Germany. One photo of mom and dad strolling arm in arm particularly grabbed me. It was taken in the winter of 1945 (exact date unknown) when the Americans were either in the midst of the Battle of the Bulge or had just taken the wind out the German army by blunting Hitler’s last gasp in the Ardennes Forests. That was all far away in eastern Belgium, northeast France, and Luxembourg.

The photo below might just be one of my favorites. While to the north the German Army is desperately defending the homeland, in Rome there’s a distinctive mood of relaxation; the feeling that peace is near and the rebuilding can begin again. The couple is enjoying the new calm that fills Rome.

Strolling in Rome, months before the end of war in Europe

The photo below is dated June 1945. The war in Europe was over. There’s joy in this photo. Young love? The end of war? Both?

As I looked at the photos it was hard to imagine mom and dad as young lovers. By the time that I’d sorted through that desk mom had long since died of a heart attack and dad had passed from pneumonia eleven years later.

The photo below taken in Rome in June 1945 was badly spotted and creased and needed a lot of TLC. It’s slightly blurred but it’s the classic photo of an American soldier and his Italian girlfriend posing with bikes in front of the Colosseum.

The photo below is probably the only existing wedding photo of my mom and dad taken in June of 1945.

As I sorted through the collection of photos taken between 1945 and June of 1947 I couldn’t help but to notice one singular characteristic. Every photo brimmed with an essence of joy and relaxation. After years of war it was as if the people were taking a long needed break; a relaxing, leisurely exhale. For the time being the business of getting back to business could wait.

Mom and dad took much of that long break at various beach towns near the outskirts of Rome.

Like my father, a fellow soldier named Ed met, courted and married an Italian girl. Her name was Rita. And like dad, Ed would bring his bride back home to the United States. Years later, Ed and Rita yearned for the Italian life and returned to live in Rome.

Oftentimes when my wife Cora looks through the collection of postwar photos she remarks that mom possessed what she calls, “the classic Italian beauty.” There are times when I look at my daughter Jessica and my granddaughters Sophia and Luciana and can see, without a doubt, mom’s beauty.

Summer 1946. Mom at the volcanic lake at Bracciano, northwest of Rome

The photo below is probably one of the last that was taken in Rome, dated Spring 1947. On June 12th, 1947 the couple sailed from Naples aboard the Italian liner Saturnia. They arrived at Ellis Island on the 23rd of June.

Rome 1947. Note the Army Jeep that dad drove after the war

When he returned to the States dad didn’t bring back any mementos or souvenirs; no helmets or bayonets or flags. He didn’t bring back stories to regale the family and friends who’d remained stateside. By war’s end he’d had enough of war for the remainder of his life, often decrying it as a senseless waste of lives and treasure. Dad came back to the States with a distaste for war; a new bride and an everlasting love of everything Italian.

Well, almost everything Italian. When he left for Europe he was the classic American meat and potatoes man and, to his wife’s frequent disappointment that’s how he returned, often pushing anything that wasn’t typically American around the plate and finally left uneaten.

That’s not to say that he didn’t enjoy the genial Italian table. The good cheer and intimacy of an Italian mealtime represented everything dad loved about Italy. Dad particularly relished the part of the meal when the last cart of food was wheeled over to the table after the main course had been cleared away.  Slices of cheeses and salami, bread torn from a crusty loaf, slices of apples and wedges of blood orange all washed down with a hearty wine and sparkling water. But the main ingredient to this part of the meal was the animated conversation that could go on and on. This is what dad particularly loved, made ironic by the fact that he never managed to learn the language. After dinner dad might retire to the living room to play chess with his brother in law, my uncle, Carlo.

After mom passed away in 1988 and dad sank deeper into dementia he wished for one last trip to Italy. In his condition it was somewhat of any iffy proposition. I could put him on a plane but for all I knew I might very well have had to retrieve him from Pakistan or heaven knows where else. In the end I relented. Much to my surprise and the surprise of the relatives who greeted him at the airport in Rome he made the trip without a hitch. To this day I’m still not sure about the wisdom in letting him go or how he actually made it. Maybe mom’s spirit was guiding him or maybe he was just pulled along by some homing instinct.

There are till hundreds of photos to search through and then scan, heal where necessary and then catalog. The oak desk may have come to an ignominious end but it left a bounty of family history in photographs.