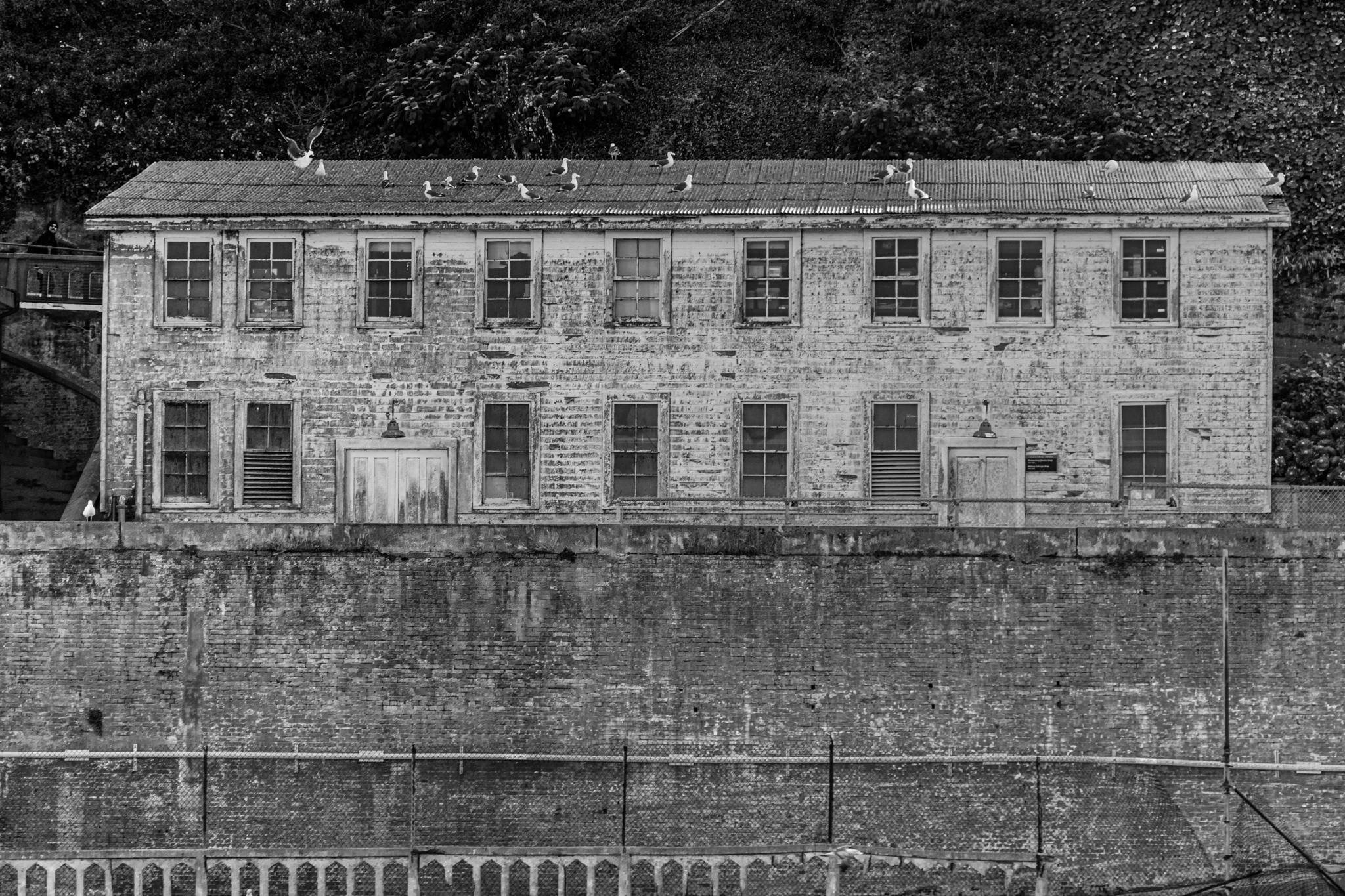 Monthly Monochrome: Reviving a once a month short venture into the world of monochrome photography.
(Tragic events in mid-May superseded publication of this piece)

When we think of monochrome, what first comes to mind?
Black and white – of course.

Stands to reason since that’s what we usually see represented as monochrome.

Monochrome can actually occur in any color, but the key is that the image must display one single color or different shades of a single color.

I used to dismiss monochrome as a relic, a curiosity. And then I tried to imagine the works of Ansel Adams in color. Beautiful I’m sure but lacking in the drama conjured by his monochrome photographs.

To be brutally honest with myself, my dismissal of monochrome was actually avoidance, because I’ve always felt it to be a daunting medium.

Last month I took my Grandson Jackson on a long promised night tour of the prison on Alcatraz Island in San Francisco Bay.

I saw this as a good opportunity to shoot in color and process into black and white. What could be a better subject to render in black and white than a crumbling, spooky prison?  And better still, at nighttime.

Guardhouse as seen from the tour boat.

A typical cell. Five feet wide and nine feet deep. A cot, a toilet, a small stool and writing table. Nothing was allowed as decoration on the walls.

Solitary cells in “D” block. They were called “dark cells” because each cell had two doors; the inner door was
tool-resistant steel bars with a slot for food, like all of the other D Block cells, but
the outer door was solid, with a shuttered glass panel a guard could open to look
in and check on the well-being of the inmate. Each “dark cell” came equipped with
a light fixture controlled by the guards, not by the inmate.

Setting sun filters through the windows of the western wall of “D” block. Note the scarring on the walls. Those are bullet holes from the battle of Alcatraz.

Ruins of the warden’s house.

The city skyline has changed since Alcatraz served as a prison. How depressing was it for inmates to catch an occasional glimpse of vibrant San Francisco or the Golden Gate Bridge? Some inmates recalled that at night, the sounds of waterfront celebrations at the yacht club drifted over the water and into the cell house.

For the story of the Battle of Alcatraz, click on the link.