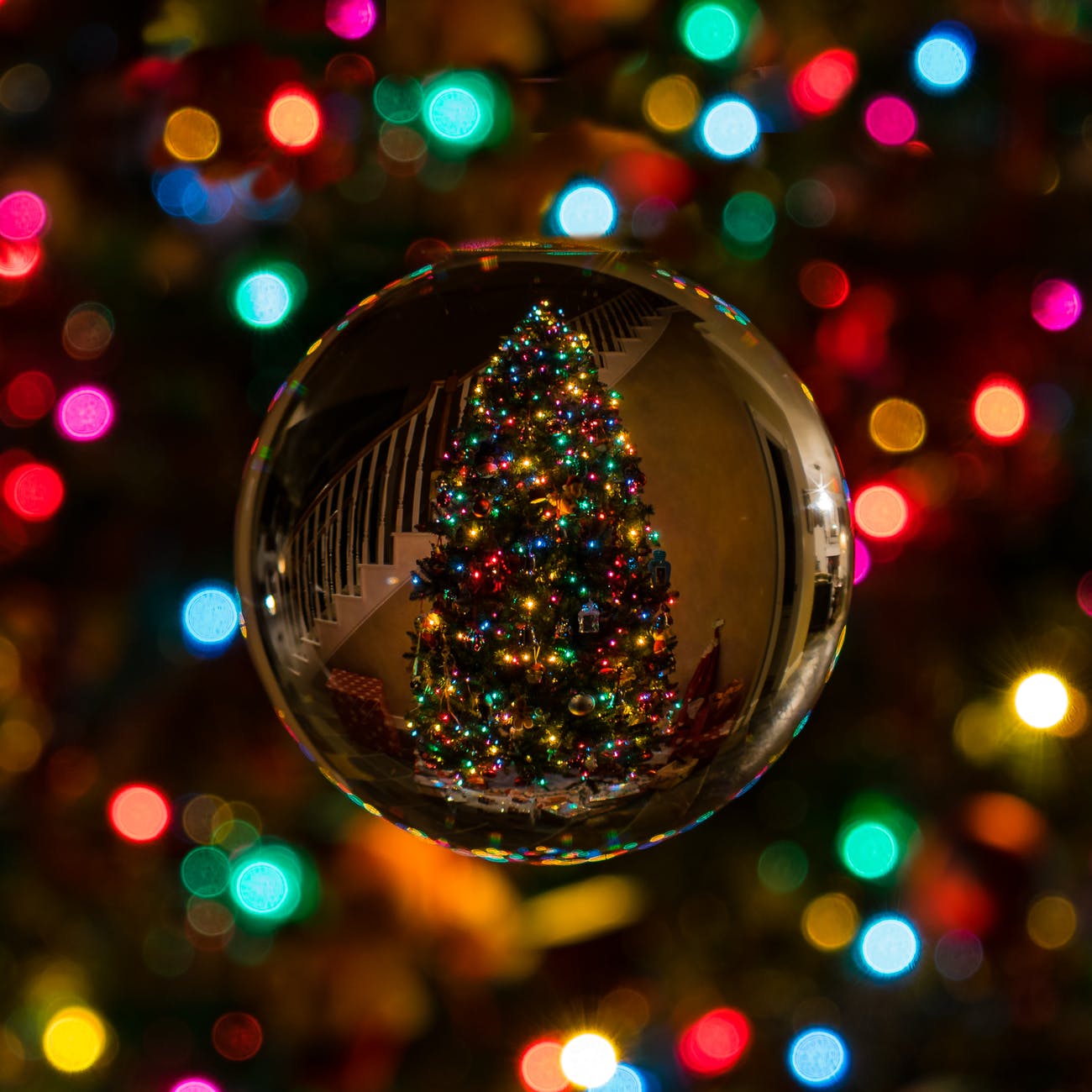 Warning: Some sections of this post are rated R

It’s three days before Christmas. A section of the parking lot at the local supermarket is covered in crunchy, dry pine needles. The Christmas trees that had been there earlier in the day are gone. Headed for the chipper and then the compost pile.

Eventually the evergreens make it to the compost pile – or the side of the freeway.

We revere that tree when it’s new. Adorn it with a plush skirt and gild it with bright, multicolored baubles.

After New Years it’s, “Get rid of that stinky old bastard.” That holds true for either the tree or old Drunkle Bob who’s overstayed his welcome.

I haven’t been able to get used to the sight of Christmas trees for sale in the Home Depot or supermarket parking lots.

Us kids would start to get the Christmas giddies about a week before Thanksgiving. That’s when we would start to see little shacks and deer wire fencing go up in vacant, unused plots scattered around town. These were the seeds of the Christmas tree lots where soon would appear rows of Douglas firs, noble firs and Scotch pines. Trees flocked snowy white and garish pink. You could even see the occasional blue tree.

We avoided the colored trees as if they were infested with squirrels. We also eschewed the noble firs, because the price was too noble for our family of mere plebeians.

The tree lots, their perimeters made festive with strands of multicolored lights (It’s important to note that they never used the little lights. It was always, and still is to this day, the big, old school C9 bulbs), would open for business a day or two ahead of Thanksgiving.

Around the tenth of December, we would drive around town in dad’s big old Mercury station wagon, the one with faux wood side panels, looking for a suitable lot.

Once we found a candidate we’d tiptoe around puddles of rainwater. A guy wearing a red and black checkered Mackinaw jacket and a stocking cap, and carrying a long measuring pole would follow us around as we browsed the trees.

Tree selection is a solemn ritual, no less exacting and important than the selection of a car – or even an engagement ring.

“This one looks full.”
“Yeah, I guess. But look at that gap there.”
“How bout this one.?
“Nah, too tall (or too scrawny, or too expensive or too short, or too dry).” Name your tannenbaum poison, it’s always too something.

Once a suitable candidate was found the accepted procedure was to post one family member with the tree, hand firmly wrapped around the trunk to stake a claim of ownership, while the rest of the family fanned out to make sure there weren’t any more suitable trees lurking in the far corners of the lot.

Once the perfect tree was selected, the Mackinaw jacket guy would throw it over his shoulder as if it were a feather pillow and hand the transaction over to the cashier.

When you buy the tree at the supermarket the mystique is gone, tradition tarnished and Christmas commercialized. Okay, well, two out of three ain’t bad. The commercialized Christmas thing? That sleigh left the North Pole long ago. I’d say, sometime after Jesus turned two.

After Mabel at the grocery store register has rung up the eggs, the milk and a box of Fruit Loops and just before tallying up the bill, you ask her to add on a bag of ice and a six foot noble fir. “Oh, and can you add on a fifth of Scotch. We’re decorating the tree tonight and I just might need a snort or two before the night’s done.”

And Mabel isn’t wearing a Mackinaw jacket or a stocking cap.

How Christmassy is that?

Used to be once you paid, the tree was yours along with figuring out how to get it home without it dropping off the car and into freeway traffic. Oh, the tree lot guy might give you a few lengths of twine to tie it to the roof. If you looked really helpless or outright asked him for help he’d look at you like the dumbass city slicker you were, and then he’d sigh, shake his head and tie it on the car for you.

Trimming the tree trunk so that it would fit in the stand was also up to the buyer.

I remember trying to gauge the size of the trunk before we bought the tree. If I guessed correctly, the tree slid right into the stand. If the trunk was too thick I’d have to go in the garage with saw and hatchet and perform tree surgery. It wasn’t pretty.

I would set the tree on a sawhorse and bash away, hurling a storm of vile billingsgate at the poor, innocuous arbor. “Fit you goddamned sonuvabitch,” were the milder invectives.

Nowadays the Christmas tree lot guys trim the tree to your own exacting specs and then bundle the tree up and tie it to the roof of your car.

My daughter and her two kids got the tree this year. They went to a tree farm instead of a lot.

This supply chain challenged, transportation expensive year, the tree couldn’t have been more expensive if it had needles of pure gold. That was surprising since the trees didn’t have to be transported to the farm. They grew right there, hence the term “tree farm.”

So it seems that tree farmer Brown was also something of an economist, having put to work the theory of “all the market will bear.”

I don’t know if the tree farm guy wore a Mackinaw jacket but he did bundle the tree nicely in some fish netting and tie it to the roof of Jessica’s SUV. The tree trunk was trimmed neatly so that it was a simple matter to pull the tree down from the car and carry it into the house and drop it right into the stand, all while it was still bundled in the netting. Tighten it down, snip off the netting and viola – instant Christmas tree.

Tree stands have improved greatly over the years.

Some years ago, after our daughter and her husband had separated, I helped Jessica transport a small tree to her little apartment. She’d bought the tree at Home Depot and needed a stand for it and the only one available at the store was the jumbo economy size, a giant bright green bowl that you could bathe a German shepherd in. It included five eye bolts that screwed through the sides to converge at the trunk and hold up the tree. Good for trees up to 8 feet tall, the label said. That looked ominous for someone with a skinny four foot tree.

Sure enough, the tree was too small, or the eye bolts too short or a little of both and so the tree sort of leaned and flopped around in the big bowl.

I went to Target and then to K-Mart (yes it was that long ago) looking for a suitable stand but they all carried the same big green doggie bathtub.

I tried Orchard Supply Hardware for a solution. They also had the same big bowl.

I asked one of the workers, “Do you have any stands for people who want something smaller than a Giant Sequoia in their living room?”

That probably wasn’t the most diplomatic of tacks. She raised an eyebrow as she mustered whatever patience she had left at 8:15 PM, after a day of dealing with yuletide assholes with money who thought they had clever things to say. “No, this is the only one we have.”

“We suggest that they get some small wooden blocks to use as shims.”

Now it was my turn to raise an eyebrow. I was about to offer that I just wanted to hold up a Christmas tree, not start a DIY project, but I decided that I’d about used up my supply of bad diplomacy for the evening.

It was getting on to nine in the evening, and I decided to drive down the interstate to Pastime Hardware, an old school place that was chock a block full of gadgets and gizmos and yes, a variety of stands.

I found a stand that could hold anything from a Charlie Brown tree to a one hundred foot redwood. Sturdy as a tank and easy to use it’ll stand the test of time. Hell, my great, great grandchildren will be able to use it for their trees – assuming that Christmas trees are still around by then.

Like any self respecting retailer, Christmas tree mongers carried impulse items at the checkout stand; usually fresh wreaths and spray made from tree trimmings. They often carried sprigs of mistletoe.

Mom bought mistletoe one year. Dad wasn’t all that interested but me and my girlfriend Denise put it to good use. We’d loiter under the mistletoe and swap spit for five or ten minutes while the parents looked up at the ceiling our out the window. If the parents were out of the room we’d graduate to some manual exploration.

Since we’re on the subject of mistletoe, I’ve noticed that some entrepreneur came up with the idea of mistletoe belt buckles. Well, to quote Tiny Tim, “God bless us everyone!”

It’s the gender neutral gift that keeps on giving for people of all persuasions.

Well, except for strict Evangelicals – the no fun gang. Just give them a laminated instruction sheet on the missionary position and they’re good to go – for an entire dull lifetime.

That being said, wearing a mistletoe belt buckle to the office party is probably not the best idea.

So Christmas is three days away. The tree is up and this year I set up the electric train around the tree. We’ve been four years without the train. When Lexi joined the family it was feared that she would play dogzilla to our little railroad.

It’s another COVID Christmas and we were having trouble getting into the spirit and so it was all hands on deck; put up the train, put up a few more strands of lights outside, and put together a brand new playlist of Christmas songs. Jessica and her kids are constructing a gingerbread house from scratch, not from a kit.

We mortals might moan, the old “Oh woe is me, it’s a COVID Christmas.”

But Christmas? It’s immortal. It perseveres.