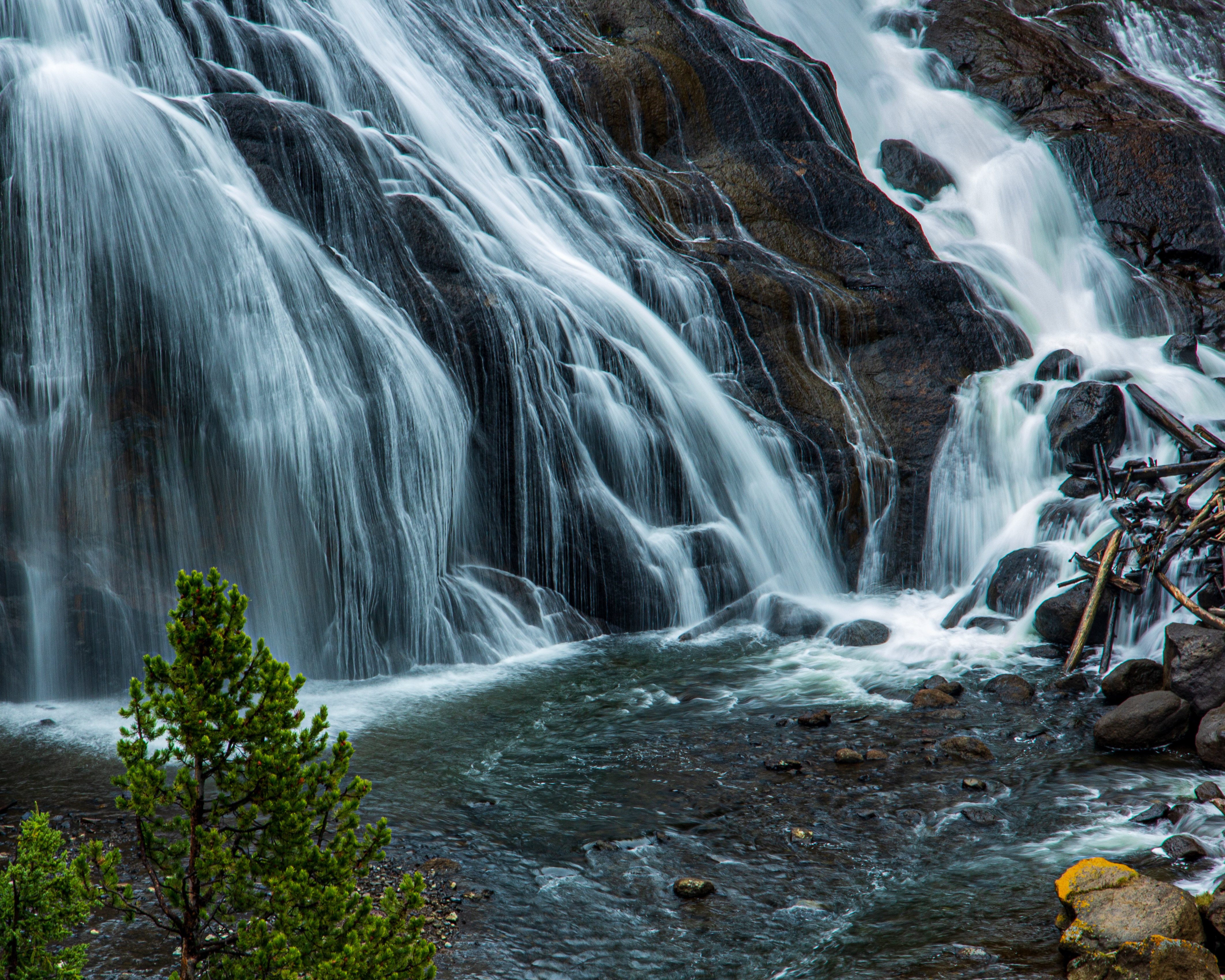 This week’s Lens Artists Challenge hosted by Biasini is Communication. My first inclination was to pass. How do you photograph communication? Turns out there are countless ways.

The faces of children speak to us in their innocent and genuine way.
Below my grandchildren Sophia and her cousin Jackson communicate the joy of a pool day.

In a quiet moment, Sophia reads to her younger cousin.

Below, grandson Zachary is overwhelmed by all the noise and attention of his first birthday party.

Below, what is Zach communicating here?  Caught with the evidence?

Through our images we communicate those things which amaze us such as nature’s beauty as in the featured photo of Gibbon Falls in Yellowstone National Park.

Below, a bull elk drinks from the shimmering waters of the Gardiner River in Yellowstone National Park.

Our images communicate stories.
Washington Square Park in San Francisco is smack in the middle of North Beach, Little Italy. On most mornings you can find a group of Chinese ladies performing Tai Chi in the shadow of St. Peter and Paul’s Church with it’s Italian inscriptions. I took the image below to capture the diversity of The City.

While walking through Lafayette Cemetery in New Orleans I came upon the grave of Mabel Shaw, born in 1872 and died in 1918.  The inscription on her grave communicates the story of a good woman who died too young.

Through the camera and the magic of photo editing we can communicate our own artistic interpretations.

Below a shutter speed of 1/4 of a second stops the Stanislaus River.

In the image below a shutter speed of 1/8th of a second turns a crashing wave at Moonstone Beach on the California Coast into a fireworks display.

While playing with a photo of the Silver Terraces Cemetery in historic Virginia City, Nevada I took a nondescript color photo that was taken during the day and transformed it into a a ghostly moonlit graveyard scene.

And finally, in honor of Biasini, who’s really a horse, there’s the communication between man and animals.
Below, I took this image of a wild horse in Nevada who through his eye, seemed to be communicating a wary tolerance.

While in Virginia City I watched an extraordinary communication between my wife and a wild horse.  We happened to pass a small band of horses and I asked Cora if she wanted to get out of the car and take a picture with her cell phone.  We stood at some distance when one of the horses approached Cora.  I expected the horse to stop short or for Cora who isn’t very comfortable with horses to bolt for the car but she stood her ground as the horse came right up to her.

To view the posts of Biasini and other lens artists follow the link to Biasini’s Horse Addict page.