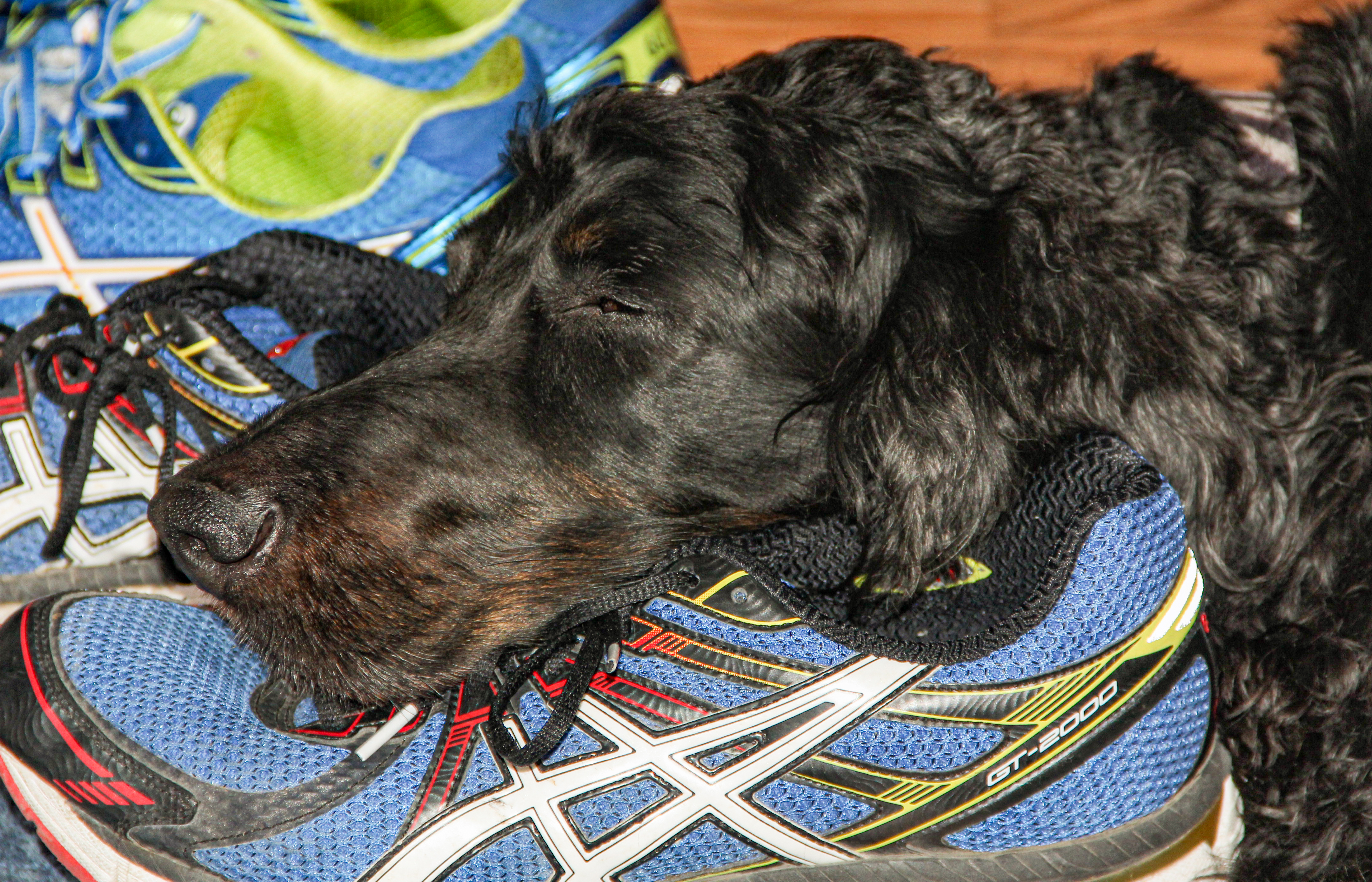 It’s 2020. This month marks four years since we put our Rainey to sleep. I wrote this four years ago. This is the third in a series of posts from a now defunct blog. I started the series in July of that year as it seemed that we were on the verge of losing our girl. I published this on August 10th. When I wrote these posts I knew that the end was coming but I didn’t know that it would be less than a month. Still there was hope.

I revive the series every now and then. I was relatively new to blogging then. The original left something to be desired in some ways and this posting includes some edits. While the words and punctuation, the nuts and bolts so to speak may have been changed, the story and the lingering heartache remain.

I’ve never been overly religious. Oh, I’ve had my pious periods but they were mostly short lived; religion never stuck. I pray on occasion but you couldn’t say that I do it religiously. When it comes to spirituality I couldn’t hold a votive candle to Cora, nor one of those candles in the tall glass jars decorated with the Virgin Mary. I guess we have our places in life the two of us. I run, she genuflects. She lifts Our Fathers, I drop “F” bombs. Maybe we just balance each other out that way. In my own spiritual defense, when I do pray it’s for things substantial and worthy of prayer and not just a timely base hit in the bottom of the ninth or for all my lottery ticket numbers to be on. And while my devotion is often fleeting there are those times when I’m given pause to consider that there may be some sort of providence at work. That said providence does have to hit me in the face – hard.

Saturday was a hanging out at the house day, but it wasn’t a pleasant day. I’d made the appointment to have our dog Rainey put to sleep. For months she’s been fighting an infection in her front paw complicated by cancer in the same paw. The pain has been off and on but in recent days it’s been more on than off. She’s been in misery, moping, not wanting to eat, spending the days lying down, moving only to find a comfortable position. We literally had to coax her to stand, sometimes physically helping her. The vet offered an option of having her leg amputated followed by chemo. Our girl was devoid of the gaiety that we’d known for the past 12 years and so we rejected that option.

Rainey liked to use my running shoes as pillows.

The evening was cool and breezy. Rainey was lounging on the back patio, turning her head back and forth, nose up, taking in the evening smells as I sat with her, bundled in a hoodie watching the Olympics through the screen door. Even in old age and in pain her birddog instinct is as keen as when she was a pup; a centuries old spiritual drum, beating deep in her soul.

I looked at her and remembered years past. A coworker of mine, a hunter, would occasionally bring me a pheasant wing. The wife hated those damned wings. I kept them in a baggie in the freezer right next to the waffles and popsicles on top of the frozen vegetable medley.

Evenings we would take the wing out of the freezer and bring Rainey up to the local soccer field. A small whiff of that wing would have Rainey jumping and quivering, electric with excitement. When we got to the field Cora would hold Rainey on leash. Rainey strained and squirmed to get to the wing as I jogged to the other end of the field to find a divot in which to stash it. I’d jog back and with Rainey’s back still turned to the field I unhooked the leash, “Go find the bird girl.”

She launched like a heat seeking missile. Back and forth she ran, nose almost scraping the turf. Anyone looking on might think there’s no method to the madness. But just watch. She ran in long sweeping arcs, nose down, always down. She knew just what she was doing. Or, maybe she didn’t. Maybe we were watching her doing something as natural as taking a breath with no thought at all. Soon those long arcs would shorten as she worked her way down the length of the field. She never stopped. There was never a pause to contemplate, to sort out whether or not she was on the right course. Not more than a minute or so would pass before she closed in on the wing, stopped abruptly and came to a point, flanks pulsating, body quivering. And years later there she was on the back patio, that old, graying muzzle turning in the evening air, nose twitching.

I went back into the house and Cora and I started talking about the day we were dreading. It wasn’t in calm tones. She’d been on the internet looking for a miracle and was lobbying to find a way to avoid putting our friend down. On two recent occasions I’d mentally let my dog go and now here we were revisiting the end yet again. I wasn’t ready to get my hopes up in order to let go for a futile third time.

I broke off the discussion and stepped out to the patio and Rainey sprang to her feet looking at me with an old sparkle in her eyes. She hopped on her three good legs over to the corner of the house and stopped to look at me with her tail wagging and ears perked. It was as if she was calling me; “C’mere, let’s play” she seemed to say. “What is it girl?” I walked over and she hopped around, circled the patio table, stopped in front of me and looked up. “Do you wanna go to the front yard?” I asked.

She bounced to the gate and when I opened it up she sprang over to the lawn and hopped around. Every now and then she stopped and looked at me with eyes that were lit with joy. She was jubilance, mirth and unbridled doggy joy. We returned to the backyard, Rainey moving so fast and carelessly that she tripped and face planted. Back to her dog bed near the screen door she plopped down and looked up at me. It was a scene that repeated itself on Sunday evening.

I’ve never been overly religious. Maybe some things are just coincidence. Maybe somewhere in her doggy sense Rainey perceived that we were planning her ever shortening future. Maybe she was saying to us, “Not so fast mom and dad. I’m not ready to leave you yet so don’t send me away.” Was there something providential going on? Have you ever noticed that d-o-g is g-o-d spelled backwards?

And so as of tonight we are the proud parents of a tripod. Surgery was successful. The doc tells us she’s resting nicely and we can pick her up tomorrow. We’ve rolled the dice as they say. Rainey has yet to go through non-aggressive chemotherapy. She’ll probably be used to 3 legs before we are; that’s what the doc tells us. “They aren’t self conscious about this sort of thing,” he said. We might have only a week left with her; we might have months; maybe a year or two. But in the here and now we knew that it wasn’t time yet for those bright eyes to go dark.

I have a video of Rainey hopping around on her three good legs that Sunday morning. I can’t bring myself to watch it.