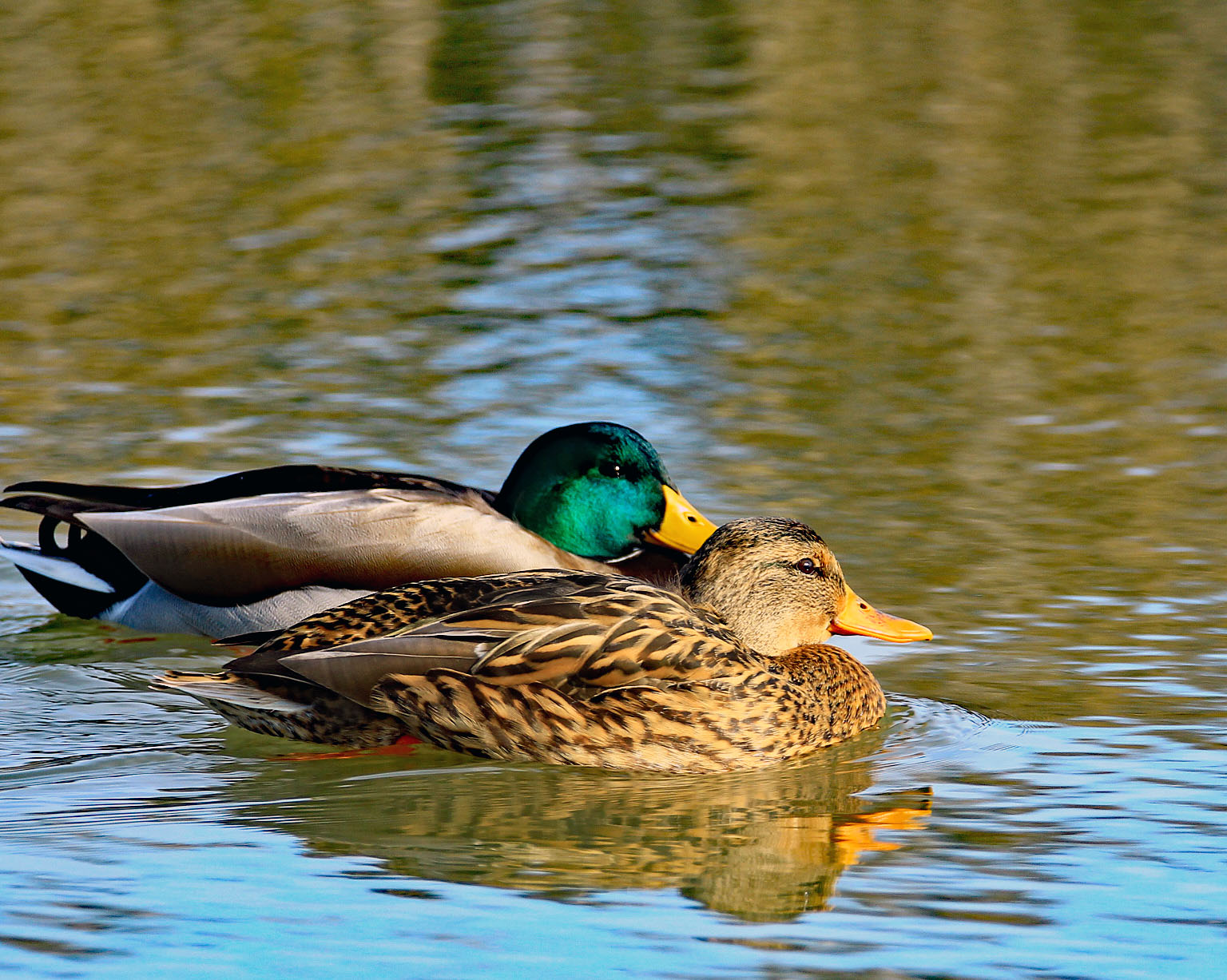 Duck Soup – A 1933 film starring the Marx Brothers in which Rufus T. Firefly (Groucho Marx) is named president/dictator of bankrupt Freedonia and declares war on neighboring Sylvania over the love of wealthy Mrs. Teasdale. An hour and 8 minutes of nonstop puns.  If you’re familiar with the movie then chances are you’re either an old movie buff or you’re just plain old. Unfortunately I’m the latter.

Duck Soup – A new Friday Fotos starring – ducks of course. And for your added comedic pleasure and a chance to roll your eyes over corny humor, I’ve interspersed some puns from the movie.

The next town over from average no-town (because we don’t have a downtown) Hercules where I live, is Pinole where there’s a recreation path that follows Pinole Creek to San Pablo Bay and acres of wetlands.  A hike on that path can be just ducky.

Rufus T. Firefly: Not that I care, but where is your husband?

Rufus T. Firefly: I bet he’s just using that as an excuse.

Mrs. Teasdale: I was with him to the very end.

Rufus T. Firefly: No wonder he passed away.

Mrs. Teasdale: I held him in my arms and kissed him.

Rufus T. Firefly: Oh, I see, then it was murder.

Cabinet Member: We need to take up the tax.

Rufus T. Firefly: I’d like to take up the carpet.

Cabinet Member: I still insist we take up the tax.

Rufus T. Firefly: He’s right – you’ve gotta take up the tacks before you can take up the carpet.

Going for a late morning swim

Rufus T. Firefly:  I could dance with you until the cows come home. On second thought, I’d rather dance with the cows till you come home.

If you have an itch you scratch …. errr, bite.

Rufus T. Firefly:  Oh, uh, I suppose you would think me a sentimental old fluff, but, uh, would you mind giving me lock of your hair?

Rufus T. Firefly: I’m letting you off easy: I was going to ask for the whole wig.

Rufus T. Firefly: Oh, I’m sick of messages from the front. Don’t we ever get a message from the side? – What is it?

Bob Roland: General Smith reports a gas attack. He wants to know what to do.

Rufus T. Firefly: Tell him to take a teaspoonful of bicarbonate of soda and a half a glass of water.

This wasn’t what I intended. I’d hoped to get more light on the ducks but daylight was waning and so I ended up with silhouettes of the ducks against a reflection of the sky and some clouds. In the end I like the effect.

And finally, below, the Duck Soup piece de resistance. When I heard this pun I laughed so hard and so long I thought I was going to wet my pants (which depending on your point of view is either a good or bad reflection on yours truly).

Rufus T. Firefly: No? How about the old maestro?

Go forth and have a great weekend but make sure you have your ducks in a row.