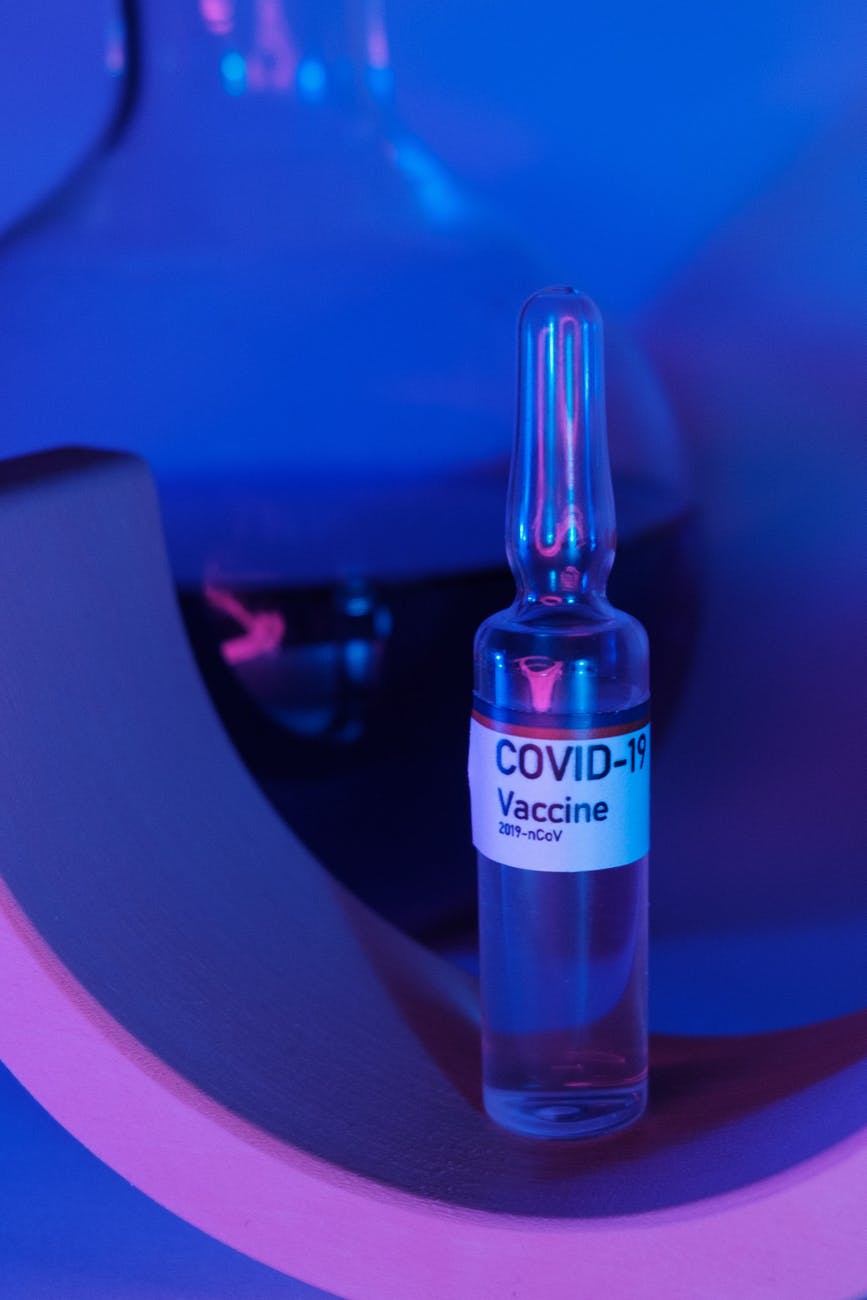 Why the terror? Well, they hurt. The polio vaccine was an injection of napalm. God that shit burned. And then there was the whole visual.  Anyone who received an injection in the 1950s certainly remembers the big glass vials that have since been replaced by slim plastic vials. The needles of the day resembled small sections of pointy rebar.

There was the whole preparation thing. Today many of the syringes come dosed and all ready to go. Back in the medieval fifties you got to watch the prep work; drawing the fluid into the club sized syringe, the clearing of air out of the vial, with a “clink-clink” of a fingernail tapping glass and the ejaculation of fluid from the big needle. For a kid it was like watching the executioner sharpening his ax.

Now everyone wants a shot – a COVID shot. Well, almost everyone. I haven’t included the traditional anti-vaxxers, flat earthers and conspiracy theorists. For the rest of us though the COVID shot is the medicinal version of Willy Wonka’s golden ticket. I received my golden ticket (the Moderna flavor) this morning. There were no oompa loompas, but plenty of medical personnel giving shots, checking blood pressure, giving post injection instructions and shuttling dosages of that golden serum from a storeroom to the injection room.

I arrived late to the Kaiser Medical Center in Vallejo, where I was stopped at the now common front door checkpoint. This is where everyone is subject to a short interrogation.  I was asked about my current state of health and then asked why I wanted to enter the building. Satisfied that I wasn’t bearing germs or nefarious purposes, the young woman directed me to the second floor, where some conference rooms had been turned into the COVID-19 vaccine injection center.

A second checkpoint was in the second floor hallway where I was asked again about my constitution (as if I’d lied at the first guardhouse or suddenly taken ill between floors) and then registered for my shot. The receptionist asked about my previous reactions to medicines and shots. I resisted the urge to mention that shots scare the shit out of me. You see, I have a policy of not being a wise guy when addressing people who wield needles, scalpels and dental instruments or people who work with people who wield needles, scalpels and dental instruments.

I was handed an official CDC, COVID-19 Vaccination Record Card that has my name, date of birth, date of injection, vaccine manufacturer and lot number. With check in completed, I was directed to a chair in the hallway to wait for my poke.

It was a short wait, not even time enough to open up my Kindle app. I feel for the folks who are sitting in long lines of cars to be jabbed while sitting in the driver’s seat by a curative version of a carhop; would you like a side of onion rings or a root beer float to go with your shot?

I was ushered into one of the conference rooms where I received the injection and then directed back to the hallway to wait to get my appointment for shot number two. This was also the observation period to make sure that I wouldn’t turn into a werewolf or start speaking in tongues. It was a long wait but I wasn’t in any particular hurry. If my throat was going to close down to the size of a pinhole, all the better in a hospital than in my car on Highway 80.

It’s early evening. My arm hurts and I’m continually moving it, as instructed by a nurse friend. I’m not worried about the arm but I am wondering if I’m going to get the more dreaded side effects; fever, nausea, the runs – German Shepherd snout. Earlier in the week my doctor told me her horror story of the side effects she’d suffered, diarrhea being the worst. On my way home I stopped at the store to pick up Jell-O, Gatorade, and bananas just in case I get the squirts.

When I first got back home Cora kept asking me if I was okay, bless her heart. “Are you going to ask me every half hour how I’m doing?”

I’m not particularly worried about long term side effects. I guess that ship has sailed anyway, hasn’t it. I’ve no concerns about turning into a George Soros zombie or getting an unwanted erection every time I pass a 5G tower. I’ve put my faith in science or as Samantha Bee so eloquently put it, “Who are you going to believe? Leading authorities on medical science, or 800 memes on your cousin’s Facebook page?”

As I got my second shot appointment I was admonished to take good care of my official CDC, COVID-19 Vaccination Record Card (I sort of wish it had Doctor Fauci’s signature on it). My understanding is that it’s going to be a sort of auxiliary passport if I want to fly overseas. It’s reminiscent of my childhood when flying to Europe required proof of a smallpox vaccination. That vaccination left a more permanent form of proof; a dime sized scar at the injection site.

I’ve put my official CDC, COVID-19 Vaccination Record Card where I keep other valuables; a wooden box with some baseball cards, my passport, a fishing license, gift cards from Bass Pro Shop and AMC theatres, some silver dollars and old love letters from Cora and a couple of old girlfriends.