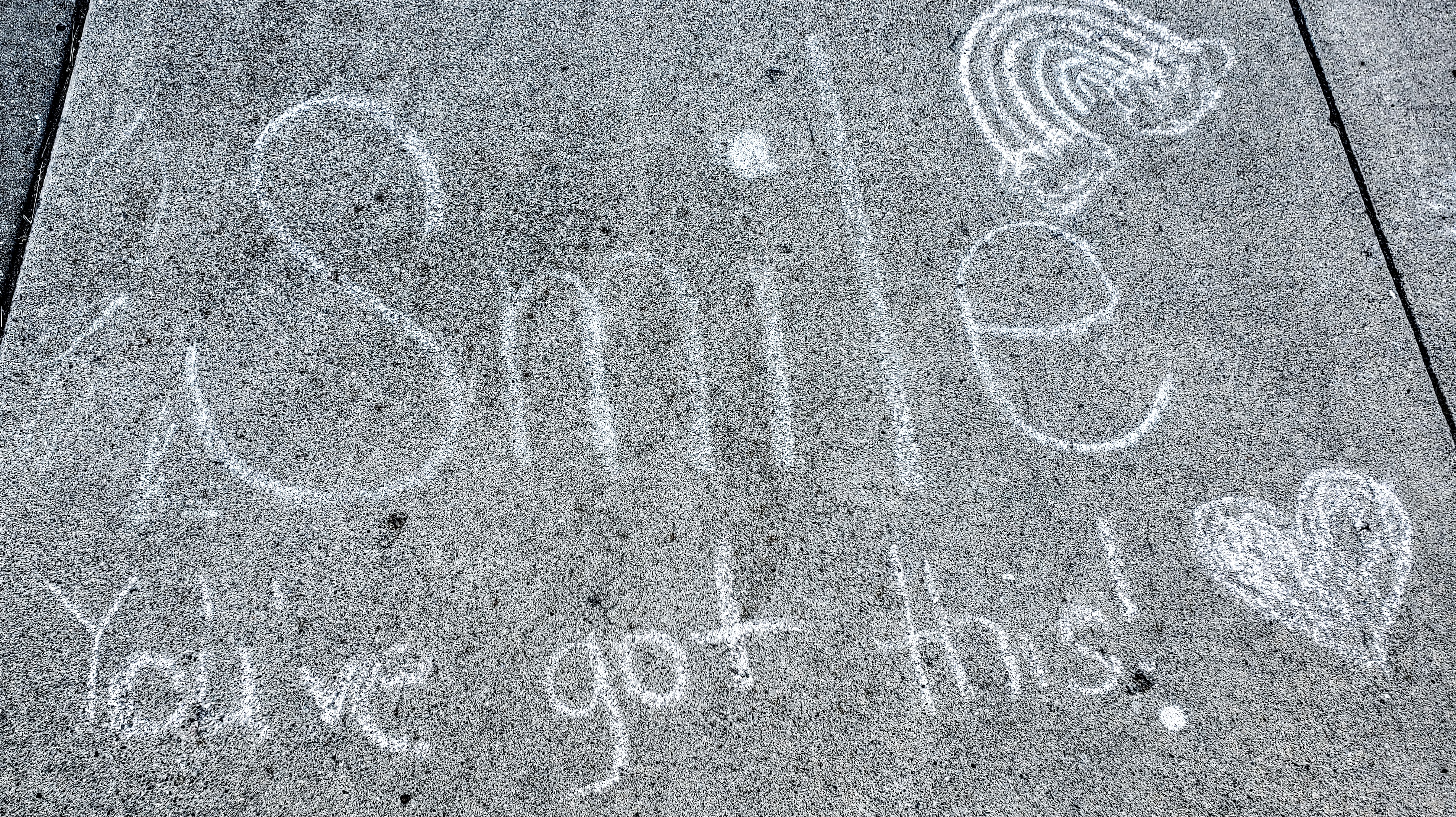 “Never let the future disturb you. You will meet it, if you have to, with the same weapons of reason which today arm you against the present.” ~ Marcus Aurelius

My first few Covid Chronicle posts began with the daily butcher’s bill, that is the number of coronavirus cases and deaths both worldwide and in the United States. I stopped doing that for the simple reason that it was and still is mostly superfluous. We know that the numbers are rising and the world knows that the United States is the global hotspot. These are the unfortunate facts despite the fabrications that roll off the assembly line of Trump’s propaganda machine.

Tuesday, April 29th, 2020
The Butcher’s Bill 8:00 AM, PDT (only a momentary snapshot)
World
Cases: 3,164,597 Deaths: 219,459
United States
Cases: 1,038,281 Deaths: 59,438
I mention this because I ran across a Facebook Group called Open California…NOW (the group’s emphasis).  The preamble to this group reads, The evidence is clear: COVID-19 is nowhere as deadly as government officials proclaimed, and the high demand on our healthcare system never materialized.  Is it a cold case of not equating numbers with  lives lost?  Or is it a complete and total absence of any semblance of reason, as one of the posts on the Open California page calls the pandemic a conspiracy.

Morning Visitations
They usually visit around five in the morning during that little tweener time that we go through; that brief window of time when we decide between trying to squeeze out a few minutes of sleep or just saying “screw it’ and get up.  Lexi knows that window well.  I can feel her watching me, looking for any substantial movement.  She’s poised to leap from her bed and start the let’s go for a run shenanigans; spin around, roll on the floor and groan and make all sorts of other it’s time to get up noises.

Unfortunately I don’t obey Lexi’s demands.  Instead I lay in bed, wandering around in that mental no man’s land and allow THEM to play in my head.  It’s those malevolent heebiejeebies brought to us by THEM, THEM being the various covid-19 prophets; the politicians, the media, conspiracy theorists, scientists and doctors, the reasoning, the unreasonable and the weak and entitled.

My mind goes over the sinister mash of dueling news reports, clashing medical theories, predictions of second waves more devastating than the first, horrifying descriptions of newly discovered coronavirus symptoms and complications (which I avoid reading like I try to avoid the virus itself).

What really gives me the morning yips are those other THEM; the ones whining about their so called freedoms, who carry on in their own witless ways with no regard for others.  It’s the specter of William Barr, our own portly Heinrich Himmler, ordering his legal minions to watch for restrictions imposed by state and local governments during the coronavirus pandemic that may go “too far,” whatever “too far” is. And is William Barr, Trump’s hand picked legal mouthpiece and marshal, the one who’ll determine just what is too far?  These are the ones who could sabotage reason, our one and only weapon against covid-19, and bring about more waves, more new normals and longer and more restrictive regulations (until Barr unleashes his legion of legal brownshirts)..

And then there’s Herr Trump himself.  Beyond his usual ineptitude and odious character one wonders if he’s on a quest to become the first king of The United States by trying to tamper with the election process or outright cancel it.  Or maybe he has his sights set on Fuehrer.  These are the real specters that haunt my mornings, much more so than the virus itself.

It’s the morning run that clears my head and gives me an injection of reason.  Reason is the vaccine that takes away the anxiety and infuses hope while till leaving me aware of those who could bollox it all up.  It’s wakeful reason that provides life’s ballast.

What’s Normal?
I’ve been having a short online discussion with a friend, David, about what we’ll see in a post-covid world.  David has a clear vision of the future, one in which he sees broad changes in what we knew as the commonplace.  He draws a comparison between what he sees as new necessary changes with the adjustments that we had to make post 9/11.  He sees a world without large stadium crowds, or over-crowded classrooms and air travel vastly changed from what we knew a few short months ago.  He’s even on board with Fauci predicting the demise of handshakes and hugs.

I can’t say that I agree but at the same time I can’t say that his vision is wrong – though I hope it is. It’s not a matter of being whishy-washy.  It’s because in a time of complete flux I’m simply not ready to make any predictions beyond the shelter in place period (just extended in the Bay Area to May 31st).  There are times when I’m not ready to predict anything beyond the day’s sundown.

Think of how fluid things have been since the year began.  We’re nearing the end of four months and while daily life on so many fronts has changed dramatically, it’s the most vital fronts, science, medicine and research that are also constantly recalibrating.  What looks promising on Monday, disappoints on Friday.  Consider that In late January, Doctor Fauci assured Americans that the coronavirus was not a cause for concern.  In February New Orleans went ahead with Mardi Gras and Nancy Pelosi was inviting people to attend the Chinese New Year Parade.  By the end of March the medical community was predicting 100,000 to 240,000 deaths taking social distancing into account and then later lowered the prediction to 60,000 (a number that will be obsolete by the end of today).  A month ago Americans were told that masks weren’t worth the paper they’re made of. Now, in the Bay Area and in much of America you can’t go to the supermarket without being masked up.  “Masked up,” part of the new lexicon.

Unless you live under Montana’s big sky it’s hard, almost impossible, to imagine a permanently socially distanced world.  The human world moves in a cramped place.  Can New York City exist without a crowded subway?  Will the University of Notre Dame football team play in its cavernous 84,000 seat stadium in front of 14,000 socially distanced fans?  If so it will truly become a rich person’s activity because you have to somehow make up for the lost revenue of 70,000 missing fans.  And what about the airlines?  They exist on thin profit margins that require passengers to sit cheek by jowl. What will a socially distanced line at Disneyland look like and how many meters will it stretch?  Will the places that we call home determine what normals, new or otherwise, we adapt to?  Certainly Georgia’s normal (now controversially and probably recklessly open) is different from California’s normal (still sheltered in place).  How long will those disparities last?  It isn’t inconceivable that life in those two states will exist in different normals for months.

Hitting Home
Home. It really is starting to hit close to home.  A friend and former co-worker lost a close friend to covid-19, while my wife’s niece’s husband (a doctor) caught coronavirus and luckily survived.  Another friend took her husband to emergency with coronavirus-like symptoms.  Fortunately he only has pneumonia.  That’s the new normal – you’re fortunate when it’s only pneumonia.

Burying The Truth Along With the Dead?
Breaking News! Florida medical examiners were releasing coronavirus death data. The state made them stop, reads the headlines of the Tampa Bay Times.   A cursory read reveals some possible skullduggery by the state.  According to the Times’ article, “State officials have stopped releasing the list of coronavirus deaths being compiled by Florida’s medical examiners, which has at times shown a higher death toll than the state’s published count…earlier this month, after the Tampa Bay Times reported that the medical examiners’ death count was 10 percent higher than the figure released by the Florida Department of Health, state officials said the list needed to be reviewed and possibly redacted.”
Why would this be significant?  Florida Governor Ron DeSantis, a Trump protege, is hell bent on getting Florida opened up and the stink of death could just put the skids to DeSantis’ plans.  Maybe it’s just my tinfoil hat talking but on the surface it seems like a case of “what the people don’t know won’t hurt them,” or as Joseph Goebbels so famously put it, “It thus becomes vitally important for the State to use all of its powers to repress dissent, for the truth is the mortal enemy of the lie, and thus by extension, the truth is the greatest enemy of the State.”

A Glimmering
Meanwhile in sunny California the flicker at the end of the tunnel just received a little puff of oxygen. It flared just a bit with Governor Newsom talking about reopening schools in July and some businesses being weeks away from opening.  It also looks like the reopening of parks is on the horizon. Small comfort for the “Don’t Tread on Me” and I need my hair done crowd but hopeful news for the rest of us.

A few nights ago the subject of a summer vacation came up. Jessica’s plans to take her kids to Hawaii and the plan that Cora and I had of doing a driving trip from Pittsburgh to Kansas City and taking in baseball games along the way were long ago scratched off the summer itinerary.  The dinner table discussion fare included a welcome serving of alternative vacation talk. We briefly talked about taking a camping trip. Yeah, I could definitely see myself socially distanced on the banks of a rippling trout stream.

“You’ve got this.” That’s the message we see everywhere, from TV commercials to billboards to annoying pop ups to a chalk scrawl on the sidewalk. Whatever our future, one of my biggest hopes is that we enter it with lessons, many lessons, learned.