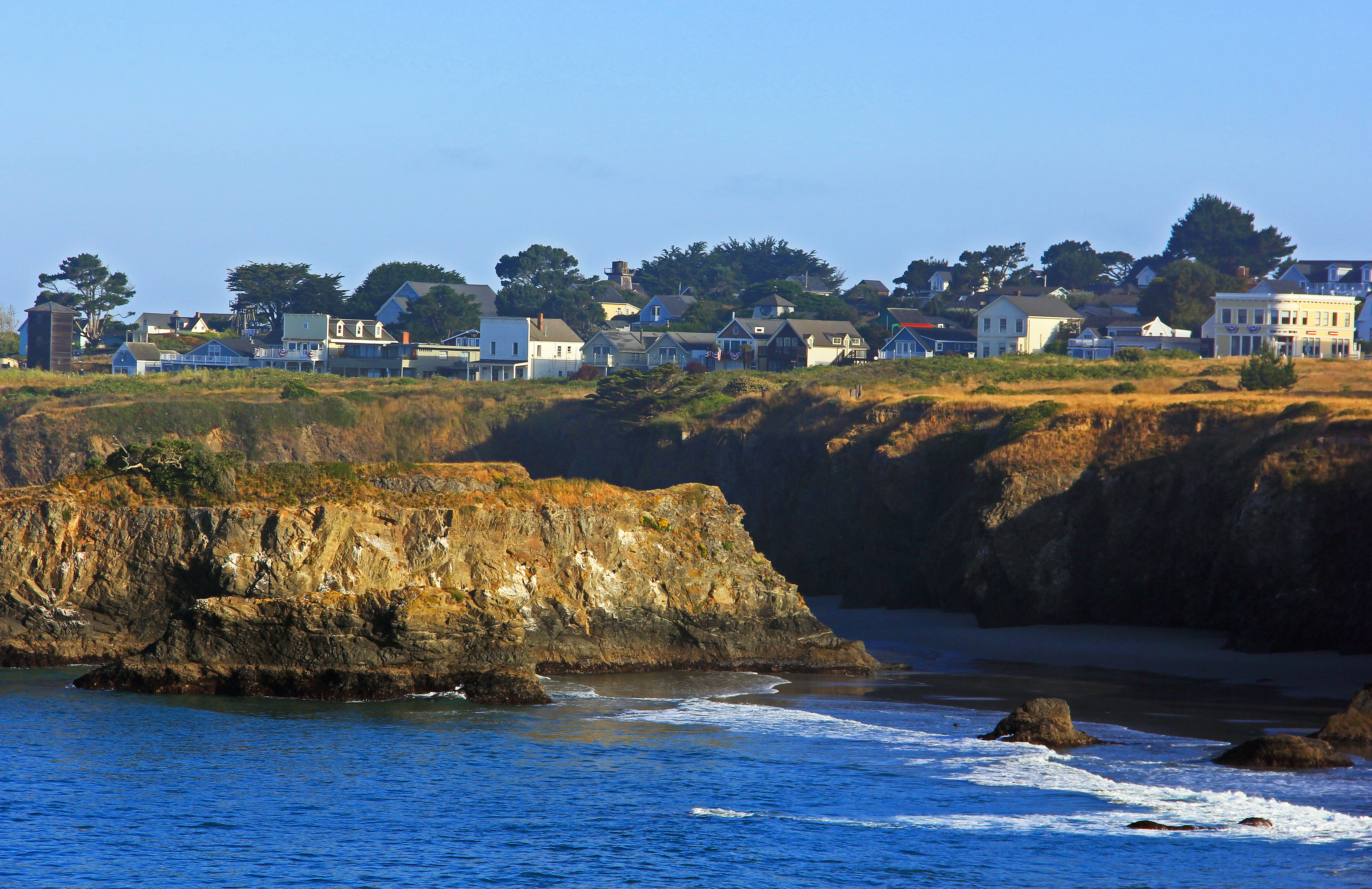 Mendocino is one of a string of quaint little seaside towns that dot California’s North Coast. Located a couple hours’ drive north of San Francisco, Mendocino was first settled by people from America’s northwest and as a result has something of a New England feel to it.

During the 19th century timber was king in Northern California. With the passing of the timber industry artists and craftspeople were drawn to the oceanside village. Today the town itself is a great place to shop, eat gourmet food and stay in a bed and breakfast.   If you’re a wine sipper its the place for you.  From November through April you can watch the gray whale migration.  AND it’s pretty darn dog friendly.

Just a short drive up the coast is the little town of Fort Bragg which in contrast to its artsy neighbor to the south has more of a rough hewn blue collar feel.  From Fort Bragg you can take a steam train ride through the redwoods on the Skunk Train.

So this week’s Friday Fotos celebrates our North Coast towns of Mendocino and Fort Bragg.

Just inland from Mendocino are redwood forests with streams waterfalls and plenty of green.

A waterfall sparkles in the forest filtered sun

Cora and I visited the area during the Fourth of July weekend and drove north to Fort Bragg for their annual salmon festival.  Yum. Lots of grilled salmon and sides.

Tending to the barbecue