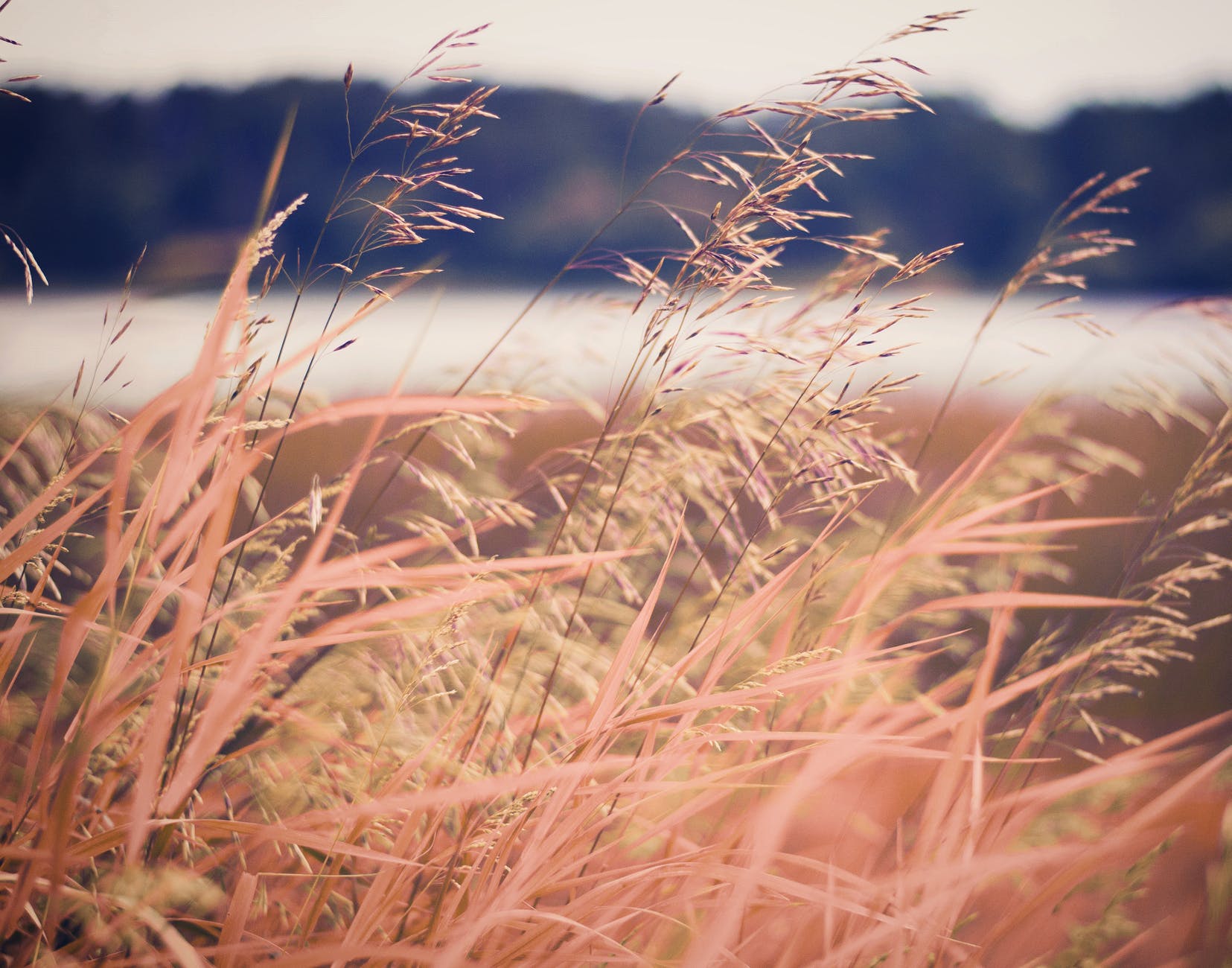 Continued from, Flying to Omaha Without Babette and Yeti.

“Flyover country.” It’s the pejorative heaped on anyplace that isn’t within a day’s drive of America’s two coastlines.

As someone who lives in the San Francisco Bay Area, I suppose that I’ve used the term with disdain when talking about the Midwest, as have my grandiose kinsmen from the shores of the east and west. I couldn’t say for sure but my guess is that residents of “flyover” states respond to “flyover country” with a middle finger and a ‘just keep flying over.’

How does the story go?

Midwesterners are proud, patriotic and pious. Hardy folk, mostly white and mainly conservative, born of hardy European stock who emigrated from hardy European countries. They’re described as being anything between friendly and suspicious and they have a particular dislike and distrust of so-called “elites” from the New York’s and San Francisco’s.

Indeed, in 2008, then presidential candidate Barack Obama was caught delivering the standard fare at a fundraiser, “And it’s not surprising then they get bitter, they cling to guns or religion or antipathy toward people who aren’t like them or anti-immigrant sentiment or anti-trade sentiment as a way to explain their frustrations.”

Obama was talking specifically about ” these small towns in Pennsylvania,” but his faux pas raised the ire and suspicions of much of Middle America. To add an enhancement to the crime, Obama was caught making the remark in San Francisco – yeah, elite central. It seemed like a self-fulfilling prophesy for both the “elites” and the “flyover” folk.

And so here I am, with a pandemic still in full flower, just landed in Omaha, smack in the middle of “flyover country,” on day one of over thirty more, driving through landlocked America. I’ve arrived to either validate or debunk, at least in my own mind, all of the notions about “flyover country.”

August 1st, 1804; A clear and fair dawn has greeted the Lewis and Clark Expedition. The party is camped on the western shore of the Missouri River, after having arrived the day before. The forty-four members of the expedition are unaware that their little camp will one day be a city of 843,000 – Omaha, Nebraska.

But for a smattering of earlier arrivals, mostly French and British fur traders, the expedition represents the first white men to arrive at this eastern edge of America’s Great Plains, an expanse of rich, verdant grassland encompassing over one million square miles.

Lewis and Clark have been exploring a pristine paradise, a veritable garden of Eden, where a bounty of food is available for the taking and one need only kneel by the river’s edge to taste pure clean water.

On this first day of the month, in celebration of his thirty-fourth birthday, William Clark dines on venison, elk and beaver tail, followed by a dessert of cherries, plums, raspberries, currants and grapes.

In his diary Clark notes, “What a field for a Botents [botanist] and a natirless [naturalist].”

In two days, Lewis and Clark intend to hold a council with representatives of two indigenous tribes, the Oto and the Missouri and so the captains have christened this camp, Council Bluffs.

Dawn breaks foggy on August 3rd but by 9 AM the fog has burned off and an hour later the emissaries from the two tribes arrive for the meeting.

In the condescending manner that would come to characterize White America’s negotiations with America’s original residents, Lewis begins by addressing the native representatives as “children,” and referring to President Thomas Jefferson as “the great father.”

“Children,” begins Clark, “your only father; he is the only friend to whom you can now look for protection, or from whom you can ask favors, or receive good councils, and he will take care to serve you and not deceive you.”

When done dangling the carrot, Lewis unveils the stick, warning that “one false step would bring upon your nation the displeasure of your great father, who could consume you as the fire consumes the great plains.”

The carrot would turn out to be a deceit, and the stick would be a promise fulfilled.

Were the Native Americans at that council realizing the beginning of the end of paradise, while Lewis and Clark were envisioning “progress?”

During the bitter winters of 1846-47 and 1847-48, more than 600 Mormon pioneers headed for Utah, perished near this site, from exposure, disease, starvation and scurvy.

Less than ten years later, the city of Omaha was established.

Paradise was losing. Certainly the rape of Eden was made inevitable when the Mayflower dropped anchor, 184 years before Lewis and Clark made camp at Council Bluffs.

I wonder if we would call those Midwest states “flyover country” if American Manifest Destiny had, by some miracle, spared the great grasslands and plains, left untouched the oceans of grass and the palettes of wildflowers and allowed the vast herds to roam unmolested.

“We stood by and allowed what happened to the Great Plains a century ago, the destruction of one of the ecological wonders of the world. In modern America, we need to see this with clear eyes, and soberly, so that we understand well that the flyover country of our own time derives much of its forgettability from being a slate wiped almost clean of its original figures.”
~ Dan Flores, American Serengeti: The Last Big Animals of the Great Plains

Two hundred and seventeen years after Lewis and Clark: It’s 5:43 in the afternoon of September 10th 2021, and Omaha’s Eppley Airfield is as far from being paradise as anything could be.

To step outside of the air conditioned coolness of the terminal is to take a punch from the heat; steamy, sticky and stifling.

I’ve long held the belief that the baggage claim carousels are purposely placed as far away from the arrival gates as possible in a nefarious marketing ploy to impress the deplaning public. ‘Oh look Mabel, there’s our bags waiting for us. My, how quickly they unloaded that plane.’ The passengers have of course forgotten the long excursion they just made from gate to carousel.

After collecting my suitcase, which I’d already determined was over packed, it’s off to the car rental counter. At about $2000.00 dollars, Dollar Rent a Car had come in as the cheapest.

With the transaction completed, Jessica, the agent, hands me the keys and asks, “Going anywhere interesting? ”

“I don’t really know. Wherever the map takes me I guess.” I name off some random states and she stops me at Ohio.

“You’re only allowed to take the car to border states.”

“What do you mean border states?.”

“States that border Nebraska. Otherwise we can’t pick you up if you have a breakdown.”

“I can call the owner and see if she’ll let you take it farther. What’s the farthest you’re going to go?”

I really don’t know. What if I want to go into Pennsylvania or West Virginia? Hell, what if I get a real wild hair and want to go to Maine or New York? Hell, why not Toronto?

“I’ve heard of not being able to take a rental into Mexico, but I’ve never run into a policy of not going into other states,” I say to Jessica, trying to understand the problem.

“Well, we’re a franchise. I’ll call the owner and see what she says.”

Is she going to call Ms. Dollar of Dollar Rent-A-Car? The CEO? Maybe convene a meeting of the major shareholders? I’d heard of escalating the problem but this seems above and beyond.

Once she’s contacted the owner, whoever that is, Jessica asks if she will allow me to take the car as far as Ohio.

I was approved for the rental. Keys and rental agreement in hand and over packed luggage in tow I head to the garage, still confused and becoming uneasy about this deal.

The car is a Ford ECO with about 20,000 miles on it. I start the engine and it sounds like it’s beat to shit. Those must’ve been some tough miles.

The first order of business is food. All I’d had were a few biscotti on the first flight and a small bag of pretzels on the second leg to Omaha. That they were first class biscotti and pretzels, was small comfort.

The hotel is less than two miles from the airport and there’s little hope of finding a fully stocked grocer along the way.

Tired and still bothered about that rental arrangement I settle on the Mega Saver filling station and convenience store across the street from my hotel.

Mega Saver is lean on food but heavy on booze, from the little “airline” bottles to the giant economy sizes. After a day’s stress from airports and air travel, the liquor aisle is blowing in my ear but I choose to ignore it. The last thing I need is to go on a one night bender on day one.

The frozen section, what little there was of it, is almost picked clean. I grab two small boxes of Geno’s Pizza Rolls and on my way to the checkout pick up a pack of microwavable Yakisoba, described as “homestyle noodles and hearty vegetables, packed with flavor.”

Sure, that’s what they all say.

I recognize Yakisoba for what it is; a supposedly upper crust version of the staple from my old college and bachelor days – Top Ramen.

I also pick up a flat of water.

I don’t wait to settle in before inhaling the Pizza Rolls. After finishing both boxes I set the Yakisoba aside for another time. As it would turn out, that box of Yakisoba would be my travel companion until nearly the last day, when I left it behind in Ottumwa, Iowa.

I can’t find much of “best” about the airport Best Western. If its seen any “best” days at all, those were days bygone – long gone. The dings, the dents, and the occasional little holes in the walls are tolerable. I can turn off the lights and they’ll all disappear. The musty carpet smell is another matter. It’s that smell that smothers a good night’s sleep.

The smell won’t be the worst of it.