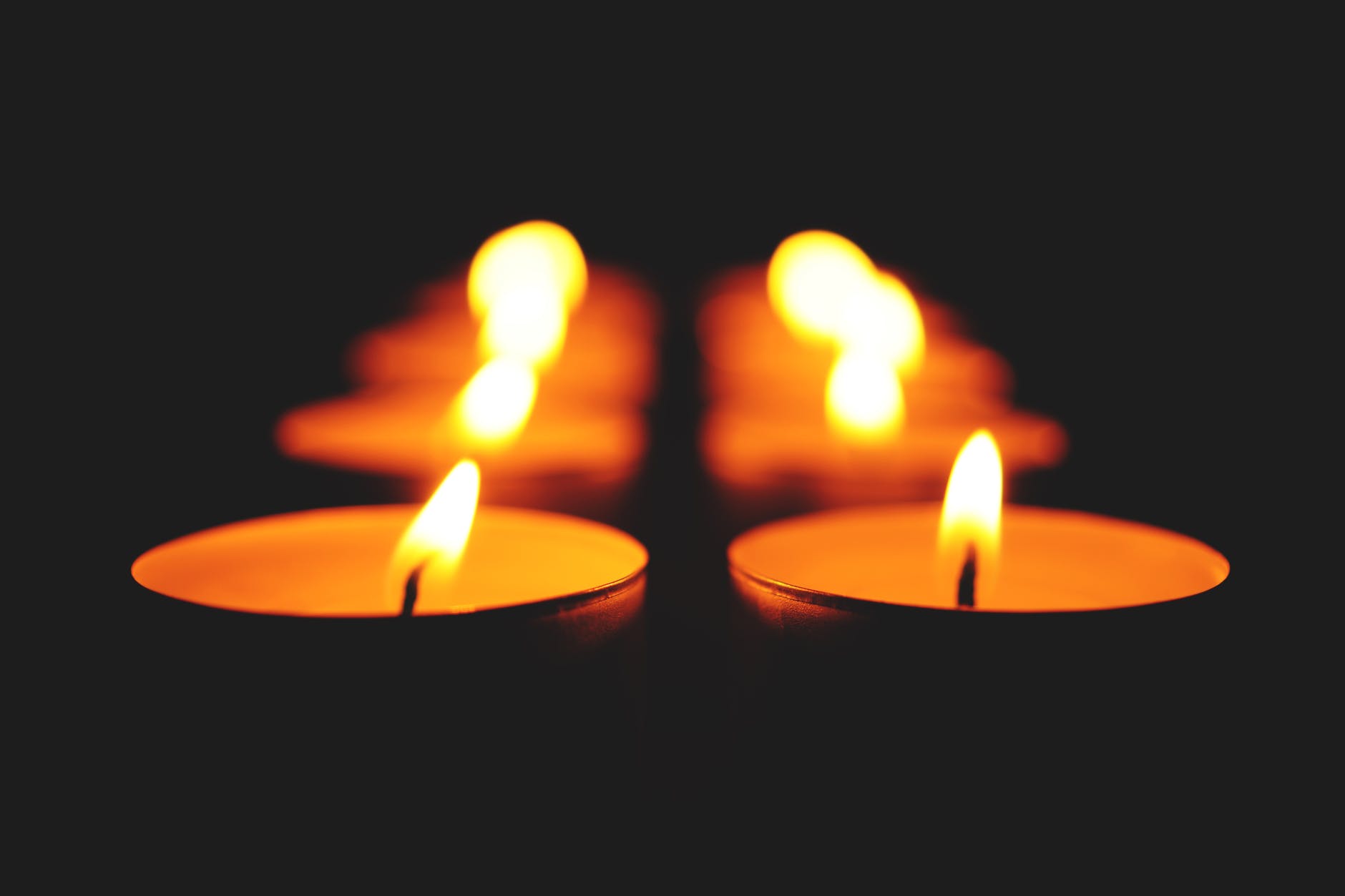 Quite some time has passed since the last edition of the COVID Chronicles. Does that mean that we’re almost over it? From where I’m sitting, here in carefree California, it’s almost like we’re ready to emerge from the deep, dark COVID woods.

Some catching up and a little perspective might be in order.

We’ve been doing so well in California that the news media doesn’t report deaths anymore. In California, the deceased are old news. Just a week ago today there were a mere 22 deaths in the Golden State. A small number but still, smaller consolation for the 22 deceased and their families; no consolation at all actually.

On a personal level I’m going through an inner COVID conflict. There’s the optimistic me and then there’s an alter ego; the hold on to your butt me.

Optimistic me wants to believe that the monster has been vanquished. Recently I asked Cora if we should get tickets to a Pink Martini concert on Memorial Day Weekend. The Golden State Warriors are welcoming fans back to Chase Center (I was supposed to go to a Warriors game in March of last year until the coronavirus pooped that party). I say, why not; Steph Curry is having an MVP year!

The other me, call him the pessimist or call him the pragmatist, is afraid that we might not be at the edge of the woods, looking out, but rather at the brink of an unseen precipice.

The media hasn’t been particularly helpful.

To hear CNN tell it, we’re at the edge of the mountain lake and a dripping wet Jason is about to rise from the cold depths (again); to hear Fox News tell it, Jason is just Bill Gates in a hockey mask. What passes for the truth is left for us to figure out. But hasn’t that been the case for a year now?

And so here we are with some calling out, “olly olly oxen free,” while others point to Michigan and say, not so fast. It’s not unlike watching dueling weather forecasters; the CBS guy says break out the suntan lotion and the woman on NBC is interviewing some old guy who’s busy building an ark.

Most of the politicians are in the “happy days are here again,” camp. Many states are wide open again, some are cautiously open and others, like California are setting opening dates for the early summer.

I don’t hold much truck with the politicos. I keep feeling this vibe, an itch, telling me that the knaves, red and blue, are trying to save their political lives even if it means risking the lives of their constituents.

Here in California, things aren’t so sunny for Governor Gavin Newsom who’s facing a recall, mostly over his handling of the pandemic but also for a slew of other reasons which probably include his Mr. Slick hairstyle and expensive suits.

With a few exceptions, I think Newsom has done a reasonable job during the course of the pandemic, really a no win situation. Whatever you do to try to placate the two sides, the real doctors and Googly doctors, the cautious and the carefree, the vaxxers and the anti-vaxxers, is akin to trying to answer the classic unanswerable question, “Have you stopped kicking your dog?” There’s simply no right answer.

I’m looking at Newsom’s opening day pronouncement with a jaundiced eye. It seems to me to be a political bilge pump trying to save the good ship Gavin from going under. Even if Newsom’s intentions are pure with that June 15th date, he’s essentially painted himself into a corner. If a surge happens to come crashing down on the 10th and Newsom tries to shut it all down again the public is going to tell him to stick his restrictions where the California sun don’t shine.

In a state as blue as the Pacific, the recall will likely fail to unseat Newsom but it will succeed in wasting a few million dollars while providing some political theatre.

Theatre? Maybe that word is a touch too kind. Theatre suggests a certain dignity. Circus? Now that sounds more appropriate; especially since Caitlyn Jenner just threw her hat into the ring. She’s in the “Gavin fucked up the pandemic” and he’s still kicking his dog, camp.

She’s something of an oddity but not because she’s trans; I’ve no problem with that. She’s an oddity because she’s a trans woman who supports Trump and is running as a Republican; a party that would like to see her banished to North Korea at best and croaked at worst. She is that clueless, and to add some whipped cream and sprinkles to the sundae, she has no platform, no political experience, has frequently skipped going to the polls to vote, and she comes from a dysfunctional, whack job family.

Yet despite the political sideshow, here in California, the sun is definitely shining.

The grandchildren are back in the schoolhouse, although on a part time basis, and the local parks and rec boys have reinstalled the basketball hoops and the young adults are out there ballin’.

In San Francisco, Salesforce has opened its office doors to those who want to return and restaurants throughout most of the area are welcoming limited numbers of diners indoors.

And while carefree me toyed with the notion of going to that Pink Martini concert, cautious me responded, “Are you out of your f’ing mind?”

Cautious me decided to wait on the Warriors till next season, convincing happy-go-lucky me with the argument that by waiting I can save more money to buy better seats. And besides, next year Klay Thompson will be back in the lineup with Steph Curry.

And I’m still not down with indoor dining.

That said I’ve been proceeding merrily along with a perception that the whole world is basking in the same California sunshine.

That was until a week ago when I discovered just how much of a prevaricator that my perception has been. I’ve been carrying on as if everyone, and I mean everyone, is seeing the same shining light at the end of the tunnel. And then I found that for some it’s still just a barely discernible spark – if that.

I’ve been conversing via email with a friend in Toronto and one of our main topics has been the pandemic. I’ve been rejoicing, puffing to her about rising vaccination numbers and dropping COVID numbers and our current and imminent openings and she’s seemed in and out of the pandemic doldrums; the same doldrums that I was feeling around Christmastime.

Why the long face? C’mon, be of good cheer.

That was until my friend in Toronto sent me an email that delivered a slap of reality.

“I’m happy to hear your good news, as there’s not much of it here right now,” she wrote.

“We’re in our 3rd wave, with the UK variant hitting us on the east coast (Quebec and Ontario)..”

“In Ontario, our emergency stay at home order just got extended to May 20th- which basically says: don’t go out unless you have to. It’s our 3rd order since Covid started. This time, it’s for 6 weeks, and who knows if it will go longer after that? Not that there’s anywhere to go really, restaurants closed, limited capacity for shops (food stores), and most other places only have curbside pickup.
The government has run out of tricks and the ICUs are at capacity. Its only option is to lock down, which is something that should have been done 4 months ago, but you know … xmas, new year’s, just bad decisioning at every juncture.”

“…no domestic production of vaccines is a huge problem.”

“So, here we sit, twiddling our thumbs watching our neighbours get fully vaccinated while many still await #1 shot. The government can’t seem to get their priorities right – who to vaccinate, should we use an age model, should we use postal codes for the high risk areas? They’ve so over-complicated the process that regular citizens banded together and created a twitter site called @VaxHuntersCan to help people find vaccines.”

Reading her email, I felt chastened, ashamed; the guy who asks his friend’s advice on what to wear to the long anticipated party that the friend wasn’t invited to. I know that she’s going to come back at me and say that she didn’t mean to come off in a castigating manner, and I know that she didn’t; that’s not her.

She’ll say something like, “I really am happy for you and it give us hope here in Canada.” A she’ll mean it.

That said, I rightly felt admonished. I needed to be set straight; made to realize that while perception might be reality, it isn’t necessarily a universal reality.

And then there’s India, which is at the doorstep of hell right now.

This is after all a pandemic.

And my story isn’t the whole story.

Stay safe and mask up.

17 thoughts on “The COVID Chronicles: Point of View”