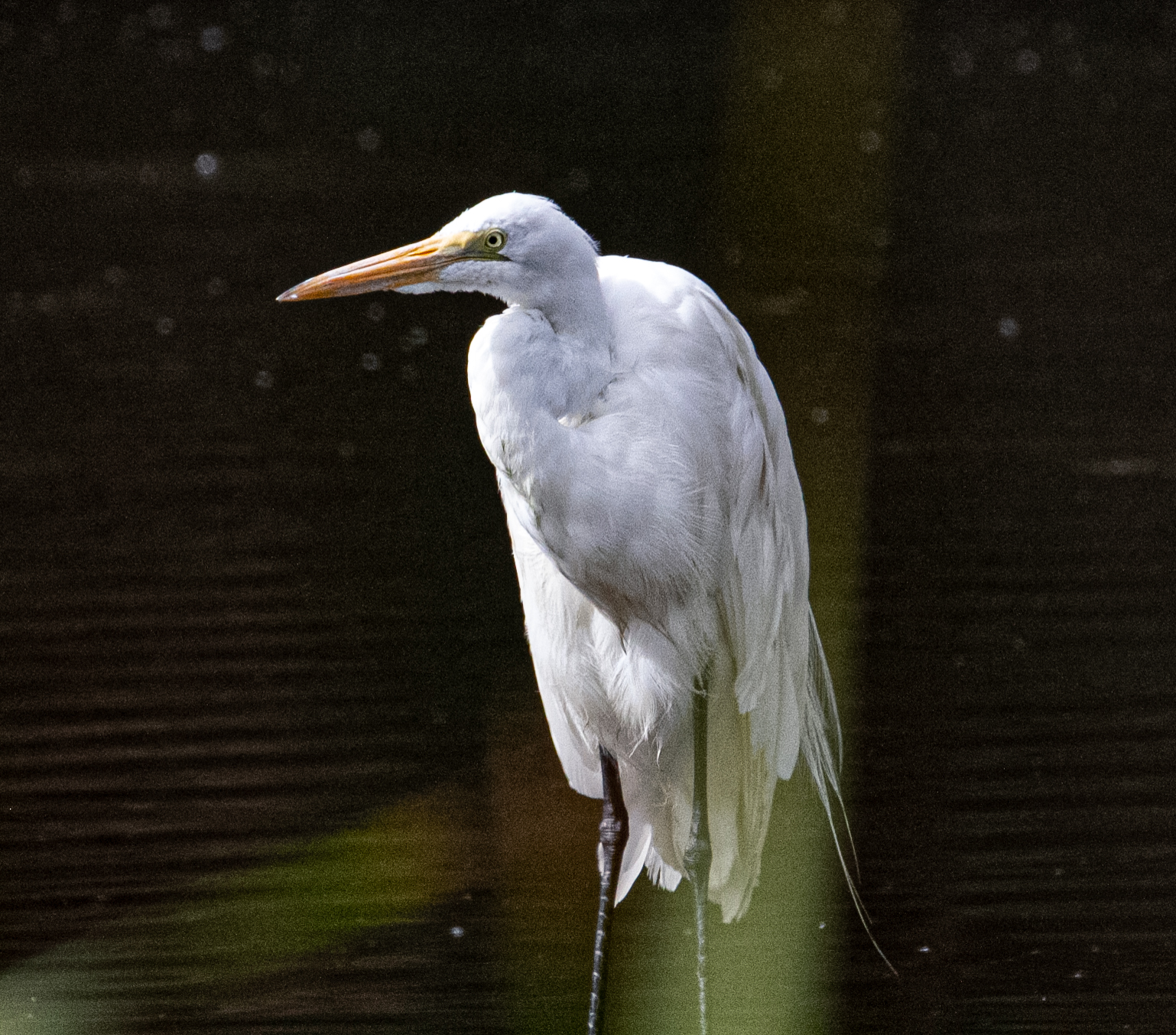 The photo below was taken at the San Francisco Botanical Garden.

This is the I have no idea what this flower is flower. It was too hot that day to bother with reading the description.

In the photo below taken at Marche Jean Talon in Montreal there is very little negative space but what little there is enhances the bulbs of garlic.

I’ve found that for me negative space not only draws the eye to the subject but the space itself can often be pleasing as in the photos below.

This is a Chilean version of the I have no idea what flower this is flower. Taken at SF Botanical Garden

This egret was taken at a pond near our house. Why do egrets always look pissed off?

But what did I know? I just took pictures and saw negative space when I pulled them up on the computer. The photos below were taken in Downtown San Francisco.

A bar, a restaurant and a umm…Is this symbiosis in business?

Look at that effect I thought.  Looks kinda cool.

After that I tried shooting my photos with the intent of creating negative space. The photos below were taken in my yard.

The blue behind the Bird of Paradise is our pool cover.

Sometimes the negative image is just right there in front of you as in this photo taken at the Montreal Botanical Garden.

Sometimes you see possibilities in an image and you turn to a little editing to enhance the effect.  The photo below was taken at a fruit stand in Montreal. The shelves originally showed up very dimly and so I helped them along and eliminated them.

And sometimes you turn to a lot of little editing as in the photo below.  The building below has fascinated me for years and it took until this year to finally stop and take photos.  The Sentinel Building, completed in 1907, is a style called a flatiron.

I didn’t even realize that the effect was actually a thing. Well, of course it’s a thing. I just didn’t know that the thing has a name. You learn something every week. So thank you Amy.

To see Amy’s excellent work and those of other lens artists stop by her site by clicking HERE.