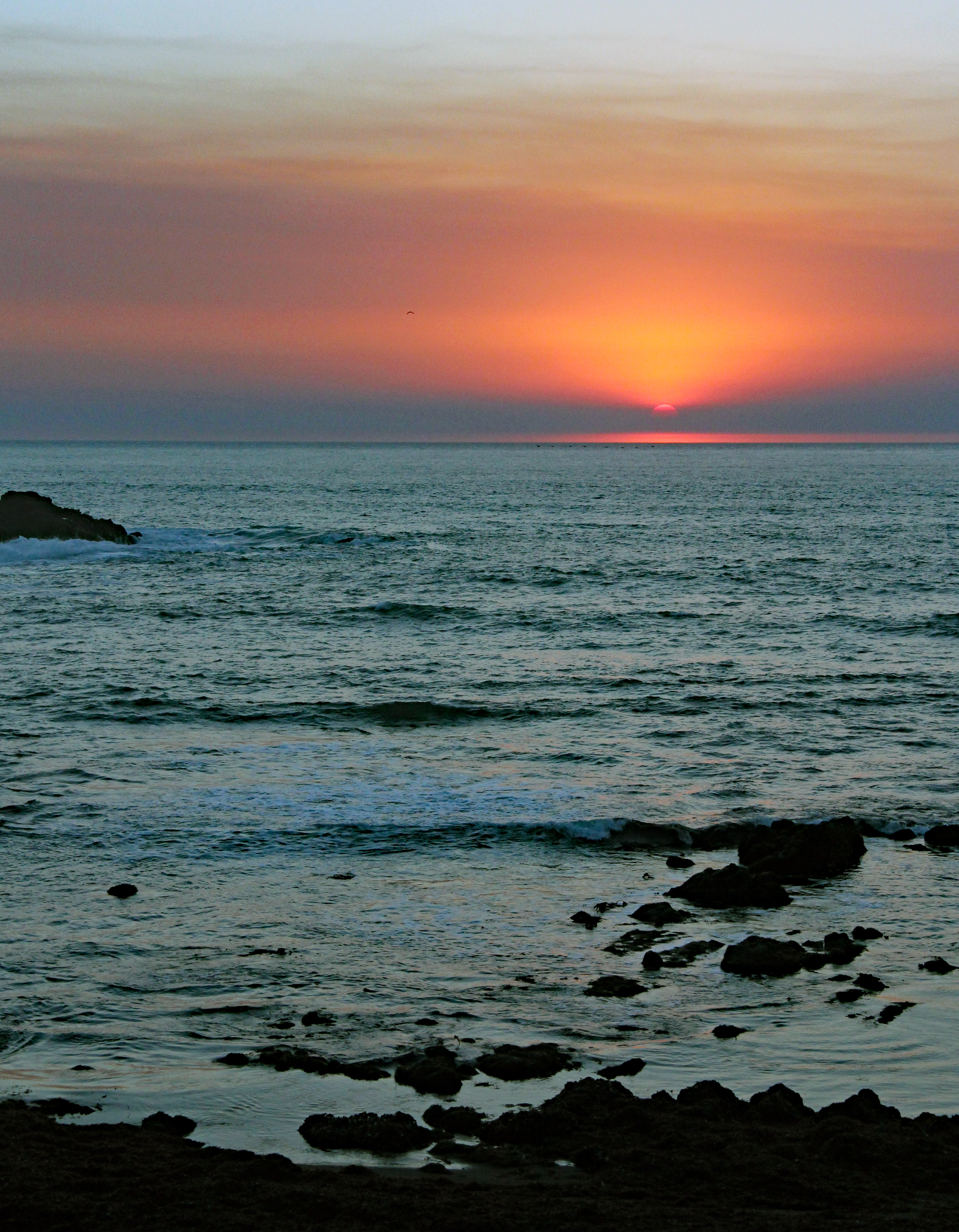 Summer is waning – almost gone.  The sun rises noticeably later these days, passing lower in the sky, closer to the hills surrounding our little valley.  In another week or two Home Depot will begin to slash prices on garden furniture.  Soon after that, lawn chairs and patio umbrellas will be replaced by Halloween decorations; cackling electronic witches, howling wolf skeletons and moaning ghouls.  In the supermarkets the summer novelties will be shoved off to the clearance aisle and bags of Halloween candies will populate the featured aisles.  The way things are going there isn’t a ghost of a chance that kids will be trick or treating this year.

It might have worked out. The kids could conceivably have been going back to school. They won’t be though.  Not here in the Bay Area.  My grandchildren and all they’re classmates will be spending the first month or two doing remote learning.

That doesn’t square with the fantasy world of the White House.  The President of the United States has used his typical gambit of bluster and intimidation, this time threatening to cut off funding to states that don’t mandate children back in school.  It’s a threat that governors have shrugged off.

Since threats haven’t worked the propaganda arm of the administration is attempting to make the the national head whirl such as what happened at a recent press briefing when press secretary Kayleigh McEnany spun a web of contradictions.  “The science should not stand in the way” (of schools opening) she cautioned. And then in the very next breath she boasted, “The science is on our side here.  And we encourage localities and states to just simply follow the science and open our schools.”  Yes you do have to read this a time or two to try to make sense of it but save yourself the effort.  One can’t cobble coherence out of drivel.

If this briefing had occurred on the TV show The West Wing it would be followed by the scene in which Chief of Staff Leo McGarry, watching on TV would turn apoplectic and summon Toby Ziegler and C.J. Cregg into his office for a good old fashioned ass chewing. In the real West Wing there would be no ass chewing for spouting nonsensical double talk.  In the current White House delivering hogwash is accepted procedure.

It wouldn’t be so maddening and disheartening if we, we being the collective America, had actually tried hard and despite our best efforts fallen short.  I could live with trying and failing.  What we’ve done though, failure due to lack of effort, is a bitter pill.

A ball of confusion.  California is a maze of differing and conflicting regulations, closures and enforcement.  For example, on July 4th weekend the state closed the parking lots at state beaches but left the beaches open while exempting the beaches in Marin County from the parking lot closure.  As if people hell bent on going to the beach wouldn’t take note and flock to popular Stinson Beach in Marin County.

In mid-July outdoor dining was allowed in the entire Bay Area but shortly after was banned in Alameda County. No problem. All one had to do was hop across the San Mateo Bridge to San Mateo County and have a nice outdoor or even an indoor dining experience.  Likewise in San Mateo County you could get a haircut, a tattoo or go to a gym while the neighboring counties prohibited all those activities.

And then there’s the matter of fines.  In Contra Costa County where I live you can get dinged one hundred dollars for not wearing your mask unless you’re out walking your dog, or going for a run or a bike ride, and even then you must be able to socially distance. I’m fine with fines although I would be finer if the fine was steeper – needs to hurt.  In Alameda County there are no fines (stay tuned that could change).  Like just about everything else connected with California’s coronavirus protocols this creates conflict and confusion.

Let’s take an imaginary character named, oh, how about Donald Pence.  Donald wants to have lunch at the Macaroni Grill at the El Cerrito Plaza Shopping Center but he’s light on cash. No problem as there’s a Wells Fargo ATM in the same shopping center.  Donald withdraws forty dollars and walks the fifty yards or so to get his lunch.  During all this time he’s been sans mask.  Once he approaches the restaurant a cop stops Donald and scolds him for not wearing a mask and then hands the enraged Mr. Pence a ticket for a hundred bucks.  What happened?  Donald was perfectly within the law at the bank which is located in Alameda County but once he walked across Kains Avenue he was in Contra Costa County and transitioned from law abider to scofflaw.

Are we operating on the two nonsensical theories that the coronavirus respects borders or that people won’t get into their cars to go get services not available in their communities?

Every day the United States sets a new record for the number of cases of coronavirus. Logic might suggest that we go back into lockdown.  In fact more than 150 doctors in an open letter to our national and state leaders urged just that,
“Non-essential businesses should be closed. Restaurant service should be limited to take-out. People should stay home, going out only to get food and medicine or to exercise and get fresh air. Masks should be mandatory in all situations, indoors and outdoors, where we interact with others.”

That won’t happen though.  The President of the United States has been in denial.  He’s not getting the answers that he wants from virologists and epidemiologists so he’s been on a scavenger hunt for doctors who will parrot his own alternating pet narratives of hoaxes and ersatz cures. He’s found a few and most are primary care physicians, you know PCP’s.  They’re the ones who tell you, “Take two aspirin and call me in the morning.”  Fine people but they’re more or less medical traffic cops who direct patients to the proper specialists

Among Mr. Trump’s favored doctors is an anti-masker who’s touting the long ago discredited hydroxychloroquine.  She seems to be less physician and more witch doctor.  Stella Immanuel is her name and she calls herself, “God’s battle axe and weapon of war,” Among other claims, Dr. Immanuel has offered the theory that “Many women suffer from astral sex regularly.  Astral sex is the ability to project one’s spirit man into the victim’s body and have intercourse with it.”

So no, the President of the United States will not shut down the country.

What’s going to happen is that America will continue it’s national delusion.  We’re going to fool ourselves into the belief that half measures such as outdoor dining and wagging an accusatory finger at mask violators who might just come at you with a baseball bat, and closing beach parking lots while keeping the beaches open will do the trick.  In California the governor is allowing barbers and hairstylists to work outside.  That should work well on a breezy San Francisco day.

The delusion is everywhere. On sports talk radio the hosts were talking about the upcoming football season and the San Francisco 49ers’ need for a wide receiver.  The hosts went at it, getting into a full blown argument.  I’ve never called a talk radio show but I was very tempted to call and suggest that they just save it, “Ain’t gonna be a football season.”

And then there’s the national controversy that shouldn’t be – maskgate.  People are getting beat up over reminding others to wear a damn mask.  Talk about delusion, when confronted with the notion of mandating masks some leaders, leaders at all levels, offer the hilarious suggestion that mandates aren’t needed because they trust that Americans will “do the right thing.” I’ll remind myself of that the next time that I have to swerve to avoid a texting driver on the freeway.

Part of the delusion, maybe the most frustrating part, is that among those who say that they take the coronavirus seriously there’s a wide range of opinion on what is safe and what isn’t.  There must be thousands of different versions of doing “the right thing,” from only going out for fresh air and essential errands, to having dinner at an outdoor restaurant, to going to protests with a mask, to going to a crowded park, to going on a short vacation.

A former coworker and I exchanged emails on this very subject. Both of us expressed frustration with our own family members’ behavior as they see nothing wrong with taking vacations. We both seem to agree that the biggest concern isn’t about the virus itself but of the lack of any discernible end game due to the behavior of others and the lack of any cohesive leadership.

When the history books on 2020 America are written they’ll include the narrative of a virus.  When the virus started raging in earnest, history will say, some states shut down while other states did not.  Soon another virus, a more insidious one, started to rage.  Let’s call that virus greed.  It’s symptoms were anger, selfishness and the fear of a tanking economy.  The cure for the virus of greed was more important, the people were told.  That cure was to open the country – ASAP.

History will report that the states that had shut down made initial progress in tamping down COVID-19.  But the pressure to concentrate on the virus of greed proved to be too great and the states that had made progress reopened too soon.  Meanwhile states that did nothing and maintained business as usual struggled and had to adopt, too little, too late, strategies of closing bars and requiring masks.  The narrative will begin in March of  2020 when a virus raged and an economy began to tank.  The books will go on to say that 4 1/2 months later the virus still raged, the economy tanked anyway and over 151,000 lives were lost.  Historians will conclude that 4 ½ months were wasted.

My cousin Ray had a saying that I find appropriate for how America is dealing with COVID-19. That saying is “piddle fucking around.” For the short term I guess we’ll continue “piddle fucking around” but summer is waning, the garden furniture is going to go on clearance sale and I’ve got to wonder just how outdoor dining and haircuts in parking lots are going to work out when the rains and snows of wintertime arrive.

One thought on “The Covid Chronicles – July 2020. Summer’s Almost Gone.”