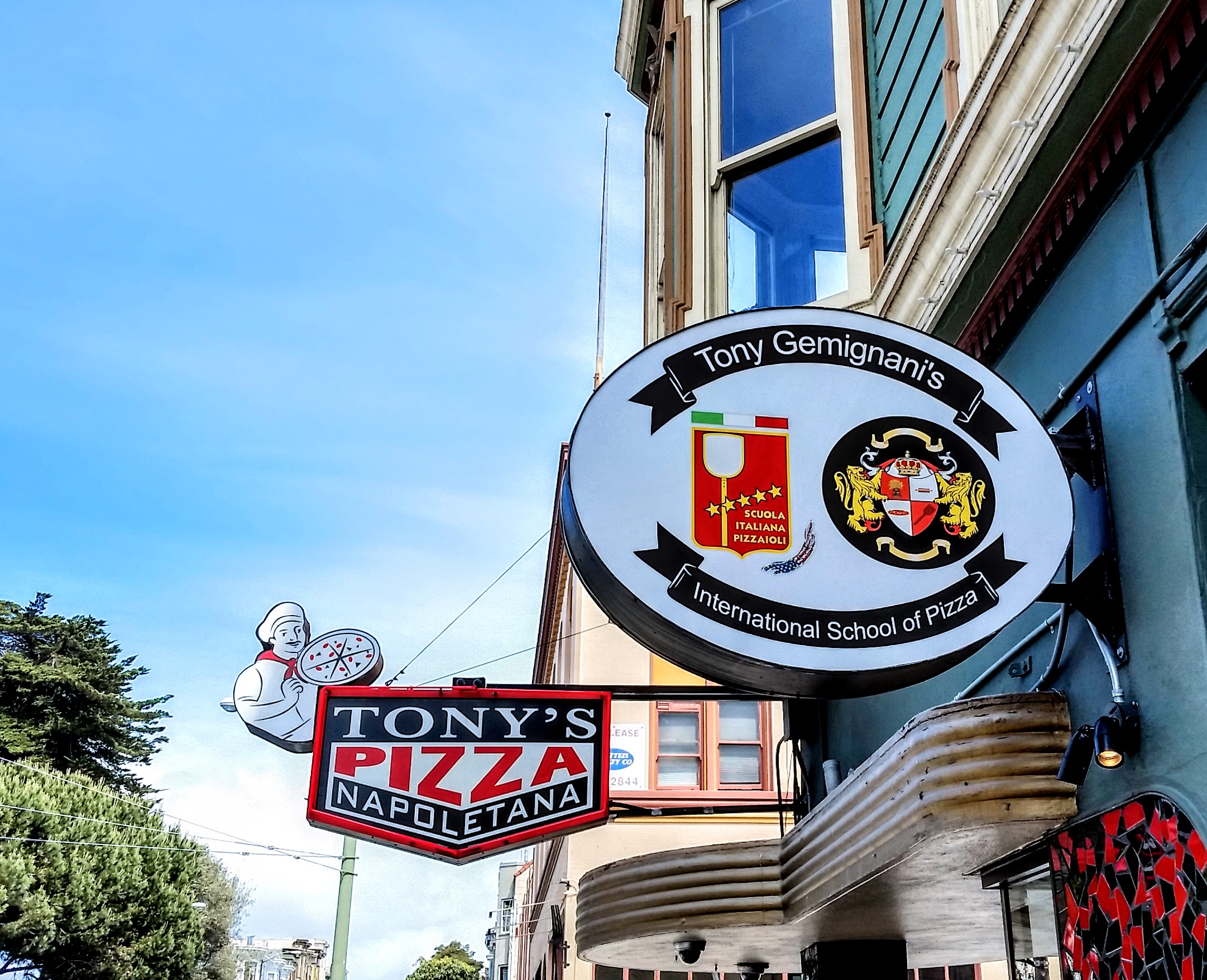 Woo hoo, it’s phase two.  California’s starting to open up, an event I’m greeting with mixed emotions.  On the one hand I’m glad for the small business owners and workers who’ve been holding on through a rough two months and can now start to go back to work.  On the other hand I feel for the employees and business owners who just weren’t able to ride it out and now face an uncertain future.  They must feel like the ones that didn’t get invited to the party; on the outside looking in.

There’s no stone cold lock that reopening is going to quickly repair a cratered economy. Not everyone is going to feel comfortable immediately poking their heads into a barber shop or dipping toes into the pedicurist’s foot bath.  Still it’s a new beginning.  Brand new because things aren’t going to be like they were.  Do I really want to go to a restaurant with partitions between tables?

I’m looking forward to the opportunity to go places that have either been closed off by order or that I’ve chosen to avoid out of an abundance of caution.  Getting together with my son and his family seems to be on the horizon.  We haven’t seen them since we were at their house to watch the Super Bowl. Was that eons ago or does it just feel that way? For the time being though the rules makers have ruled out the extended family visits, or at least discouraged them which is in fact discouraging.

On Monday Gavin Newsom relaxed the criteria for counties to reopen using their own local discretion, a move which is either in response to a science based revision of strategy by the medical community or simply giving in to the crazies wearing MAGA caps and waving Gadsden (Don’t Tread on Me) Flags.  My hope is that the case is the former but my fear is that the real reason is an unhealthy portion of the latter.  What’s that old saying?  “The squeaky wheel gets the grease?”  Gotta wonder who’s gonna get greased in the end.

Newsom and other governors have found themselves backed into a corner by the shrieking, science denying, selfish minority who are protesters.  Playing hardball with those fools and enforcing stay at home regulations in a strict manner has never been a real option.  Forcibly dispersing rules breaking protests would only inflame the situation, particularly with the White House sociopath pouring gasoline on the flames of anarchy while his personal gnome, the Attorney General rattles his extralegal saber.

The loosening of restrictions has me, strangely enough, thinking about Black Friday.  Yeah that Black Friday, the annual day after Thanksgiving that opens the Christmas shopping season.  Black Friday, that one day national fracas when discarding decorum and celebrating avarice is the order of the day.  The patient and the rational need not apply on Black Friday and I can easily imagine the same people who, on the fourth Friday in November, wouldn’t hesitate to throw an uppercut in order to score the last toaster on the shelf will be the same ones who’ll go balls out pre-COVID business as usual as if the virus had never existed.

Head for the hills wildlife. They’ve reopened Yellowstone
What could possibly make me think that Americans will drop any presence of mind or recall of anything we’ve just been through?  Maybe it was seeing a photo of Yellowstone on reopening day showing a maskless, shoulder to shoulder crowd of people at Old Faithful doing what people have been doing at Old Faithful for decades, and that’s to jostle other for the best camera angle.  A quote from Kristin Brengel, the senior vice-president of government affairs at the National Parks Conservation Association summed it all up, “We checked the webcam at Old Faithful at about 3.30pm yesterday.  Not much physical distancing happening and not a single mask in sight.”  How soon we forget.
To be clear, officials are not requiring the use of masks, only recommending them.  That might be because officials are trusting that most people will take the courteous and cautious route but more likely it’s because officials know that it would be impossible to enforce mask and distancing rules in a park where people flaunt all manner of safety regulations.  You know the ones; the rules that are supposed to keep folks from boiling like a lobster in a pot when they venture out into the hot springs areas or getting mauled whey they approach bear cubs or try to take selfies with bison and elk.
Breaking News: Even as I write this, and only two days after reopening, multiple news sources report that a woman was attacked by a bison in Yellowstone.  Reports state that the woman got too close.  Apparently some folks can’t even maintain social distance from a 2000 pound animal that sports a set of horns.  Or maybe she wasn’t wearing a mask and sneezed on the beast.
I remarked to Cora that I’m in a way saddened by the reopening of Yellowstone.  That beautiful jewel must have been especially sparkling with the dearth of humans.

Family phasing
The reordering of government rules is going to mean a reordering of our own household rules.  There’s a temptation to drop my guard but to what end?  Our own household has been having sessions of dinner table diplomacy to discuss our domestic risk management strategy.  The general feeling in the family is that there are so many differing reports about what is safe and what isn’t that we’re just going to do what we’ve been doing (or not doing) for the foreseeable future.

It’s not as if we’ve been terribly inconvenienced.  Most of what we need we either get from the grocer, the pharmacist or the home improvement stores and we try to take minimal trips.  Jessica shops almost solely on line.  Cora wants a haircut – badly.  When she gets up in the morning with bed head her hair resembles Rod Stewart’s from back in the 1970’s.  She was threatening to cut her own hair but we managed to talk her out of it. It’s not like she’s going to a royal reception anytime soon.  Breaking news:  As I was putting the finishing editorial touches on this piece Cora was seen cutting her own hair.

Almost since the beginning we’ve tossed around the idea of getting takeout but there’s been some lingering doubt about safety.  With many of the latest reports saying that takeout food doesn’t pose a hazard I’m about ready to tumble into some takeout. Barbecue pork and duck from The Hing Lung Company in Chinatown, a pizza from Tony’s Pizza in San Francisco’s North Beach or lamb barbacoa from El Chaparro in nearby Richmond. Or maybe all three – all at once!  With emergency rooms experiencing lighter loads I should be able to walk right in to get my stomach pumped.

JWYFM
It seems that masks have become the controversy du jour.  Almost every day a new video goes viral showing a confrontation between a store employee and a customer throwing a hissy and refusing to comply with store regulations requiring the wearing of a mask.  It’s a mind boggling thing that people are getting lathered up over a mask.

Once again, morbid curiosity had me wandering into that toxic waste dump better known as “the comments section” to see what the donnybrook over masks is all about. Not surprisingly most of the objection is over a perceived notion that freedoms are being violated.  You’d think that this was King George requiring that his soldiers get housed in Patrick Henry’s living room.  It’s been called everything from overreaching to tyranny to Communism.  Clearly we’ve found the folks who used to cut Civics Class to go smoke cigarettes in back of the schoolhouse.

If you want to make the best of it, be a good Capitalist and buy 3M stock. It must be soaring these days.  In the meantime it all boils down to five little words – Just Wear Your Fucking Mask.

MOOC-ing right along.
Five weeks ago I started an online class, The Moral Foundation of Politics, a class that I’ve mentioned in past pieces.  I just discovered that the class is a MOOC, which I promise isn’t one of my off color words nor is it an editorial commentary on the class or the professor.  MOOC is an acronym (Because as I’ve often said, what is the 21st century without acronyms) for Massive Open Online Course. But you probably knew that already.  For those who have overdosed on Steve Harvey (who’s vying with Guy Fieri for the title of most obnoxious TV personality not on Fox), The View, The Chew, The Talk and have finished Netflix, a MOOC is a great option. There are classes in subjects ranging from cooking to self-improvement to all of the more traditional university disciplines.

Depending on the class(es) you can fill a few hours or almost an entire day. With other things going on in the course of a day I’ve fallen behind in the readings from my political science class but that hasn’t stopped me from signing up for a second class, The American South: Its Stories, Music, and Art by The University of North Carolina at Chapel Hill.   Dr. William Ferris is a folklorist and history professor who bases his curriculum mostly on oral histories.  In the opening lecture Dr. Ferris says, I often tell my students an African proverb that says, when an old woman or man dies, a library burns to the ground.

His learning came in the traditional way, through the universities, culminating with a Ph.D in folklore from the University of Pennsylvania.  But Dr. Ferris credits those who he refers to as his other “teachers,” the ones who taught him about their own experiences about life in the South; Ray Lumb, a mule trader, storyteller and auctioneer; blues singers James Thomas and B.B. King and writer Eudora Welty.  With that, he had me.

My two classes couldn’t be more different. Dr. Shapiro teaches his political science course in much the same way as you’d expect in a classroom setting while Dr. Ferris is  laid back.  He sits in what appears to be his office and tells stories of the South in his Mississippi drawl that as smooth as good southern whiskey.

“Don’t know much about geography,”
goes the lyric from the Sam Cooke classic Wonderful World. It’s a cute little song but not knowing geography or other basic subjects won’t go here in our home.  I won’t have my grandchildren grow up to be those Americans who can’t find America on the globe (And yes those people do exist).  To that end the grandchildren are learning about different countries and the adults are cooking traditional meals from those countries.
Last weekend we celebrated The Philippines.  Our meal was a Filipino breakfast of fried rice topped with a fried egg (sunny side up please), longanisa (a Filipino sausage) and a tomato salad; a meal which rivals chicken fried steak with biscuits and cream gravy for best breakfast honors.  We augmented the meal with lumpia, a Filipino version of egg rolls (if you don’t know lumpia you’ve been living a sorely sheltered life).  The family spent the afternoon at the kitchen table rolling the tasty tubular tidbits.

It’s phase two. There really is a light at the end of the tunnel. Our family has learned things and one of them is that patience is a virtue, anger can be managed, simple rules to keep your neighbor healthy are not tyranny and we don’t have to be bitter when we go through bad phases.