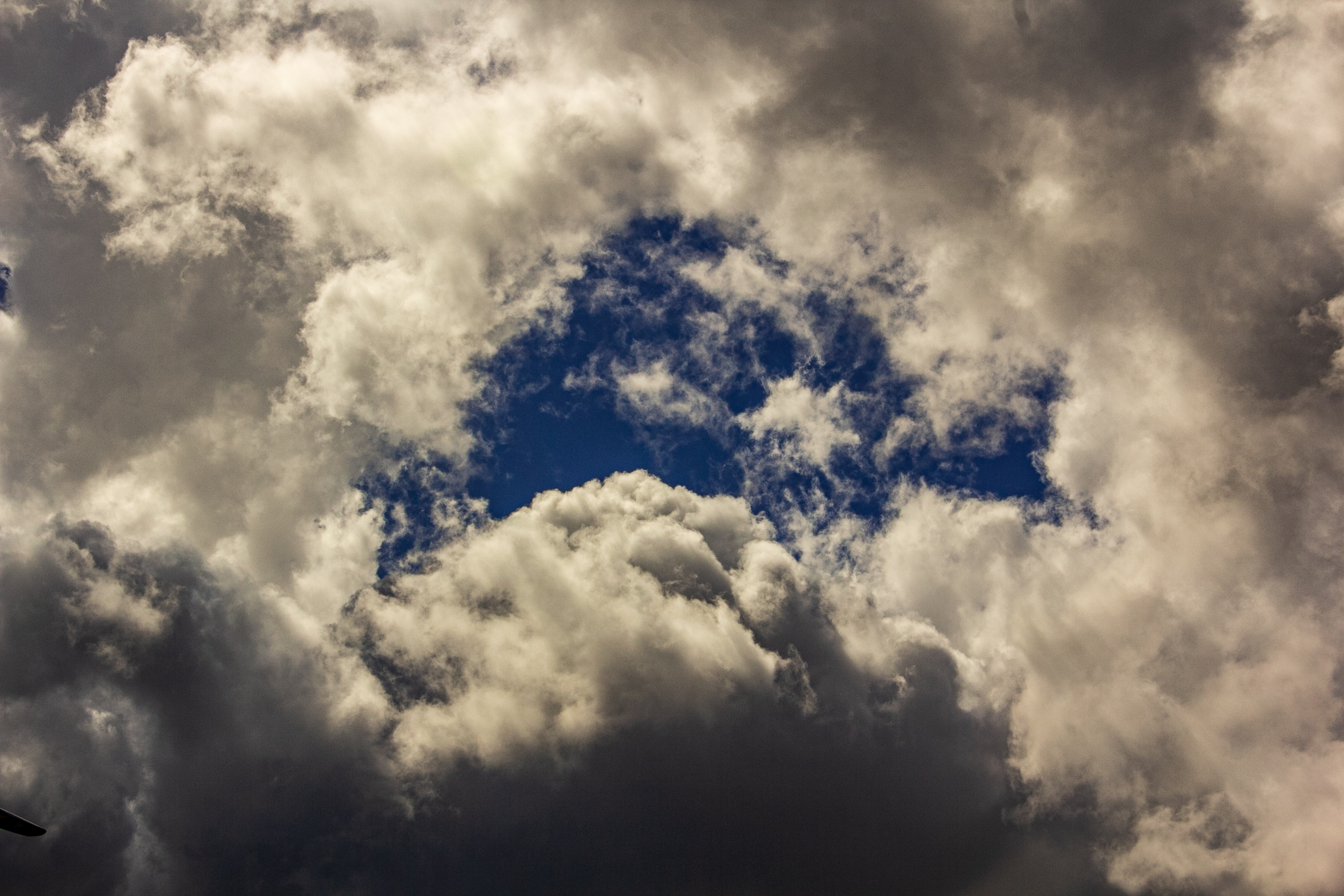 It’s mid-afternoon and I’m taking Jessica to an eye appointment in Oakland. She’s certainly not “my little girl” anymore.  I long ago stopped being surprised by her cogent views and the way she so forcefully and eloquently expresses them when we have serious, and sadly infrequent discussions on politics, society, culture and news.  We’ve crossed into that stage of life when I’ll ask her for her counsel on the occasional life crisis.  I suppose that makes sense.  She’s been through more in her 33 years than I’ve been in my 66.  Jessica has degrees in Political Science and International Negotiation, neither of which are directly applicable to her current job.  That’s like many of us.  How many fellow history degree holders do I know who are doing something besides teaching history or practicing law?

I wonder how her life might be different if she’d pursued something applicable to her education.  Sometimes life pushes you, hard, in directions that you never anticipated.  Now my daughter the aspiring baker dreams of having her own little shop.  Politics to pastry seems like more than a fair exchange.

Like the rest of us (well, the ones who follow the rules) the COVID life has her staying home on weekends when she might normally be out and she’s filling up part of her spare time baking.  It fills the house with luscious inviting smell and our bellies up with countless carbs; bulging chocolate chip cookies, cakes, cobblers, honey laden Greek desserts.  Used to be that my mom would let me lick the batter bowl, now my daughter hands me the bowl and the spatula.  We need to leave shelter in place ASAP.  I feel pounds coming on.

During our drive she tells me about a documentary she saw about how the news is often delivered with an end game of shaping public opinion.  It brings to mind Walter Cronkite and Huntley and Brinkley – dour, no nonsense and not even a hint, spoken or unspoken, of any bias.  That’s not to say there was never any emotion.  I remember Cronkite falling into tears when he reported on the Kennedy assassination.

We both agree that it’s often, too often, difficult to separate fact from partisan fiction.  That’s unless you’re watching CNN or Fox in which case it’s an open and shut case of bias, one from the left the other from the right and there’s nothing really right about either.  They aren’t supposed to be in the business of shaping public opinion or making news when they should simply be reporting news.  Jessica tells me that she’s sick of the back and forth bickering, as sick of the “fuck Trump” stuff as she is with the “fuck Pelosi.”  I have to agree although I’ve been, and probably will continue to be, guilty of the former.

We’re turning off of Highway 80 onto 580, normally a crawl but in the COVID days the traffic flows.  As we cross into Oakland I tell her that it’s my belief that America is so ideologically divided that we’re far beyond the point of any rapprochement. The silos too hardened, the anger too malignant.  Anyone running for office claiming that he/she will be the unifier is either lying or delusional or a mixture of both.
“It’s my opinion, and it’s frankly just recently come to me, that, not necessarily in my lifetime or yours, but at some point the United States will no longer be united. I just wonder how it’s going to divide.  From a philosophical point of view California, New York and the northeast and maybe Colorado could make up one nation and let the rest fend for themselves. It just doesn’t work out geographically.”
It’s a notion that I’ve thought a lot about lately. How would it work? Would it be like the EU with open borders and a common currency and a NATO-like defense compact?Currently America is “a house divided” and we know what Lincoln said about that.

It isn’t a notion that hasn’t been explored. In 1981, journalist Joel Garreau wrote The Nine Nations of North America, which proposes a North America being divided into nine nations based on economic and cultural similarities.  The problem is that the divisions would include Canada and Mexico.  Do those two nations really want to adopt a petulant, child such as America?

Before the medical appointment Jessica has to stop by her office and pick up some mail.  Jessica comes back to the car happily flush with checks.  Like the old saying goes the checks are in the mail; greenbacks, moolah, bucks and bread, the almighty dollar and as Liza Minelli so famously said , Money Makes the World Go Round.

She tells me that once things are back to some semblance of normalcy, if that ever happens, her company is considering the notion of dumping the traditional brick and mortar arrangement and everyone will work from a home office.  Fine by me, then I don’t have to worry about the dogs while Cora and I are gone on vacation, assuming vacations ever happen again. I just don’t see how working from home 100% of the time can actually work.  How can a team function with no face to face interaction, even if the faces are at six foot social distances.  Could this be one of those predictions coming true of how coronavirus will change the face of the workplace?  Not my problem – I’m happily retired.

Jessica’s at her appointment and I’m parked in the shade reading more of Ian Shapiro’s text, The Moral Foundation of Politics before surrendering to the impulse of checking out Facebook.  My avoidance of news and politics is going to change the way I use and view Facebook.  I’d been hitting the political bottle pretty hard and my rants against Trump, his sycophants and snake oil junkies were relentless.

It’s actually Facebook and the attendant silliness and stupidity have that have had a big hand in pushing me off of the newsfeed and politics in general. A former co-worker from the pre-Bush recession days, a woman named Lisa, a Facebook friend but not really a friend is peddling more junk than a cartel kingpin; crap like the Plandemic video and an almost limitless diet of other toxic tripe. There are a few others like her who just regurgitate videos, memes and the opinions of others while not having either the brains or the gumption to add their own opinions or the conviction to respond when challenged.

Against my better judgement, or any judgement at all, I recently called her out over a post that links to a video of a Doctor Jeffrey Barke who says the virologists and epidemiologists are all wrong.  It’s an ideological rant rather than anything that’s based on medicine or science or statistics.  Barke is a family physician.  And I would want to hitch my life to the preposterous ravings of a general practitioner over the evidence delivered by scientists because….

And so it goes that my comment sparked a response from someone else which sparked my response and then the sparks flew, though we heard nothing from Lisa. She instigates the fights and then stands by and lets somebody else throw the punches for her.  Finally I gave up when one commenter complained that not being able to go to the skate park is tyranny.  Was it Patrick Henry who said “Give me a skate park or give me death?” No. I long ago developed a policy of not arguing with infants or imbeciles.  Since the man has a FB account he is obviously not the former so he must be the latter.  I’m close to unfriending Lisa.  I’ve jettisoned most of the screwballs on my “friend” list.  Maybe she’ll beat me to it and save me the trouble.

And then there’s another Lisa who used to live up the street.  We think much alike and she puts up political and COVID related posts as ceaselessly as I used to. The threads that are woven from her original posts are legendary.  Lisa is sharp, articulate and witty.  She’s like a chess player who stays a few moves ahead of the opponent.  Still I don’t know how she tolerates the occasional half wit who enters the fray, how she never seems to tire of the debate.  She must know that she’s not going to change the minds of the pinheads out there.  Of course she is an attorney so…

I’ve been waging an internal battle over quitting Facebook for good. It’s only utility is that it allows me to keep in contact with people who I might otherwise lose contact with (Yes, I know, I’ve been told that there are other platforms out there). For now I’ve unfollowed some of the knuckleheads and unfriended one or two of the insane and galactically stupid.

The ride home halts at a disappointing sight, a traffic jam on Highway 80.  Disappointing not because I bristle every time that I hit traffic but because under shelter in place there shouldn’t be any traffic.  This tells me that there’s some creeping complacency.   It corroborates what I’ve heard from friends and what we’ve talked about at kitchen table conversations.

Up until recently we’ve had the evening news on before/during dinner but we’ve unsociably distanced ourselves from news at the table.  The only one who’s really following news religiously is Cora.  Jessica is too busy with work and has been recovering from news overload for longer than I have.

Dinnertime talk this evening is all about vacations.  Jessica’s trip to Hawaii with her children is off the summer schedule.  Cora and I had been planning a trip to the midwest, landing in Pittsburgh and driving west, hitting Cincinnati, St. Louis, Milwaukee, Chicago and Kansas City.  We were going to see major league baseball in each of the cities and sample regional foods. We’d planned almost an entire week in Chicago and I was ready to have dinner at Michael Jordan’s restaurant.  Our autumn trip to Italy might get resurrected in 2021.  For 2020 it seems that the only possible option might be a camping trip but even that seems like a stretch.

COVID nights are really no different from pre-COVID nights but I’m not betting on post-COVID nights.  We’ll worry about that when we get there, if we get there.  Most evenings Cora and I settle in for a movie (we’re running out of titles) or an episode of one of the series that we never watched when they were current and popular many years ago. I try to avoid binge watching and make a series last for a while. Cora isn’t concerned about running out of fare.
“Cora, if we burn through this series we’re going to have to figure something out and we’re running out of options. You don’t want to have to go back to trying Fleabag again do you?” I was told by someone who I thought was an unimpeachable source to watch Fleabag.  Halfway through I turned to Cora and asked if we had any flea powder.  Fleabag has become our recurring private joke.

On this particular evening we end up watching the series finale of Bosch, a detective show, and one of the few currently running series that we’ve been watching.  It’s a favorite of ours and as often happens I’m hoping that Bosch will get a seventh season.  It’s always depressing to get to the end of a good series.  It’s like getting to the last page of a good book or knowing that after the second encore the band is NOT coming out for a third.

The season ends with a closing theme that seems all at once apt, ironic and poignant, What a Wonderful World performed by Chris Botti and Mark Knopfler.

I see skies of blue
And clouds of white
The bright blessed day
The dark sacred night
And I think to myself
What a wonderful world
Written by: Robert Thiele, George Douglas, George David Weiss