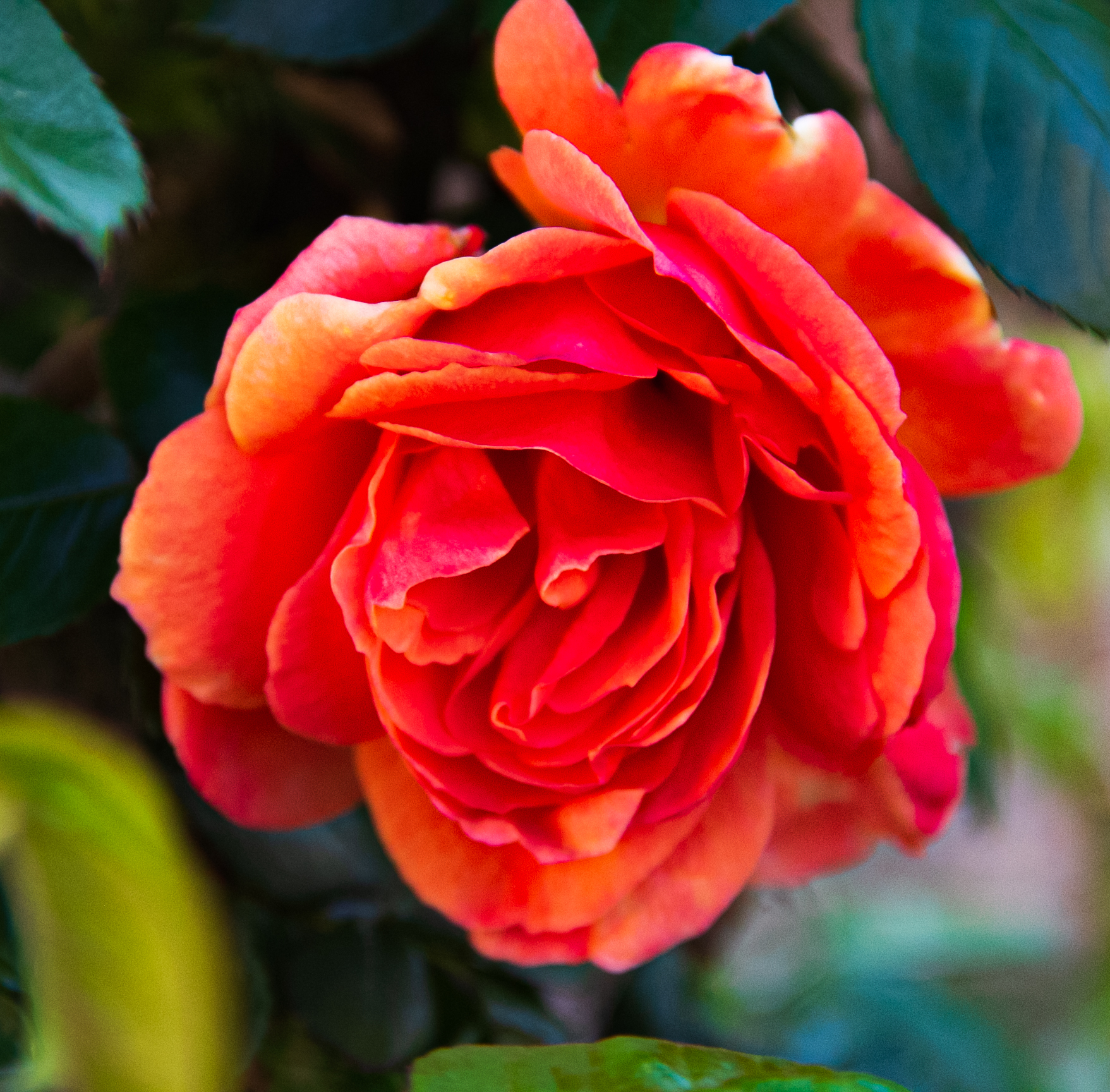 Misleading Stats
Most mornings I get up, put on the coffee and look at the numbers.  Nationwide they still go from bad to worse.  I try to take some solace in our own county numbers but when I realize that they’re faulty any semblance of consolation disappears.  Most of the time I’m in a no man’s land between hopeful fantasy and heavy reality.

Contra Costa County runs along the shoreline of San Pablo Bay on the west and north.  It’s about 65 miles from Richmond in the west to Discovery Bay on the eastern edge where Contra Costa opens up to San Joaquin County and the swath of farmland that helps feed the nation.  From the shore of San Pablo Bay and the C&H Sugar Refinery in picturesque Crockett in the north to the upscale homes of Danville at the southern border it’s roughly 30 miles.

The population of 1.5 million runs the spectrum from the rich and famous such as celebrities like baseball star Buster Posey, money ball’s Billy Beane and Vince Neil of Motley Crue in Danville and the southwest corner of the county to society’s forgotten ones or the ones much of society would like to forget.  Those are the ones who live in the shadow of the refinery, downwind from the landfill and astride the big railyards; the rundown neighborhoods served by mom and pop shops because any supermarkets pulled out long ago.

Out in the Danville area you’re probably more likely to get tested for coronavirus than if you live within sight of the refinery stacks.  That might be a mechanism of the fact that as Bob Dylan once said “money doesn’t talk it swears,” and if your money swears loudly enough you’ll get your test.  It might also be a mechanism of the relative lack of medical services out on the west side.  That’s all despite the claim made by Trump a little over 3 weeks ago that, “Anybody that wants a test can get a test. That’s what the bottom line is,”

The president’s bottom line is just another fabrication.  The real bottom line is that my nephew and his wife returned from the Philippines and found out that they may have been exposed to someone with the virus while there.  They asked for a test and were refused because they didn’t yet have symptoms.  Trump’s tall tale of testing continues today with the assertion, “We have more cases because we’re doing far more testing than anybody in the world.”  It’s a fabrication of course if you take into account the more important per capita statistic.  The U.S is testing 1 in 366 people compared to Italy where 1 in 133 people are being tested.  That the county has 168 confirmed cases of the virus and 3 deaths should give some solace.  Truth is that there’s no comfort in those numbers, particularly if you’re one of the 168.  The dearth of testing makes the numbers just another administration shell game.

It’s All Just a Game Show
That the president is treating this like a game becomes disgustingly clear today.  In a tweet Trump brags,
Because the “Ratings” of my News Conferences etc. are so high, “Bachelor finale, Monday Night Football type numbers” according to the @nytimes, the Lamestream Media is going CRAZY. “Trump is reaching too many people, we must stop him.” said one lunatic. See you at 5:00 P.M.!
And later,
“President Trump is a ratings hit. Since reviving the daily White House briefing Mr. Trump and his coronavirus updates have attracted an average audience of 8.5 million on cable news, roughly the viewership of the season finale of ‘The Bachelor.’ Numbers are continuing to rise…
I suppose that somewhere in America there are celebratory huzzahs.  In our own house there’s the sad, angry realization that you can take the game show host out of the game show but you can’t take the game show out of the game show host; even if the game show host becomes president.

Italy
I look regularly at the numbers coming out of Italy where I have family hunkered down in Rome.  Last week my cousin expressed some hope of light at the end of the tunnel but a look at the news this morning casts a dark shadow on that light.  By the close of the weekend the death toll has topped 10,000.

Shoulders, Teeth and Canine Ears
Coronavirus is wreaking havoc on schedules from cancelled parties to non-urgent medical care.
I’ve got a torn rotator cuff in each shoulder and I was getting ready to schedule surgery for November.  The email that I receive from Dr. Kim, my surgeon is not encouraging. Even before coronavirus there was a wait list that would compel me to get on the schedule in spring for surgery in the fall.  Dr. Kim tells me that elective shoulder surgeries are on hold.  She instructs me to wait for a couple of weeks to try and get on the schedule, one that will still probably get pushed back.  The whole idea of a fall surgery is to get through rehab by spring and vacation time (if we ever get to travel anytime soon). I don’t intend to do a spring surgery.  If I have to I’ll push it out to fall 2021.

All I want for Easter is my two front teeth, my two front teeth, my two front teeth.  I’m missing my two front lower teeth.  They were pulled in early January and an implant inserted.  The implant takes time to graft to bone and I’m supposed to be fit for the crown at the end of April and get the crown a month later.  I don’t know if Clear Choice is in operation now.  I doubt it but I’ll make the phone call in a couple of weeks.
I have an uncomfortable temporary that’s cosmetic only.  I don’t use it all that often so if someone asks what happened to my teeth I tell them (tongue in cheek) that I’m going into method acting, hoping to be cast for a remake of Deliverance and by the way I’m planning on learning the banjo.  I’ve developed the missing tooth whistle when I talk, making me sound like more of a geezer than I really am.  I guess there is an upside.  That whistle is good for calling grandchildren and dogs.

Two weeks ago Lexi started shaking her head and scratching around her ears.  My guess is another ear infection and I called the vet to have her ears checked.  The vet is only taking emergencies until April 7th.  Lexi’s on the schedule for April 9th but that can, and probably will change.

Seeking Solace
All of these are small inconveniences among the many other disruptions; trips not taken, youth sports cancelled, scouring for groceries, disinfecting everything, cabin fever and frayed nerves.  We’ve avoided illness and worse, and for that we should be thankful.  Like most families we’re adapting in a positive way.  Cora has taught Lucy how to sew.

I’m teaching Jackson how to use my DSLR camera and to edit the photos.  He plays with Photoshop cropping the portrait he took of me and then adds more wrinkles to my already craggy features before he smooths it out and takes a few years off my features.

Cora is teaching both kids Spanish and Tagalog and in two weeks or so I’ll take delivery on the world globe so that I can give Jack and Lucy some geography lessons.  These are all activities that we’d talked about but never started and it’s taken a pandemic to break the inertia.

Above, Lucy doing some mending.  Below, Jackson’s burgeoning photo album. He cropped the photos and decided that he likes the bird of paradise to have a touch more green.

These will one day be stories of the past; stories that will make up a chapter in the history books along with the Great Depression, World Wars, and 9/11.  In 2050, 2060 and beyond, long after I’m gone, my grandchildren will tell their own children and grandchildren about social distancing, shelter in place, jigsaw puzzles and the sewing and photography taught by mama and papa.