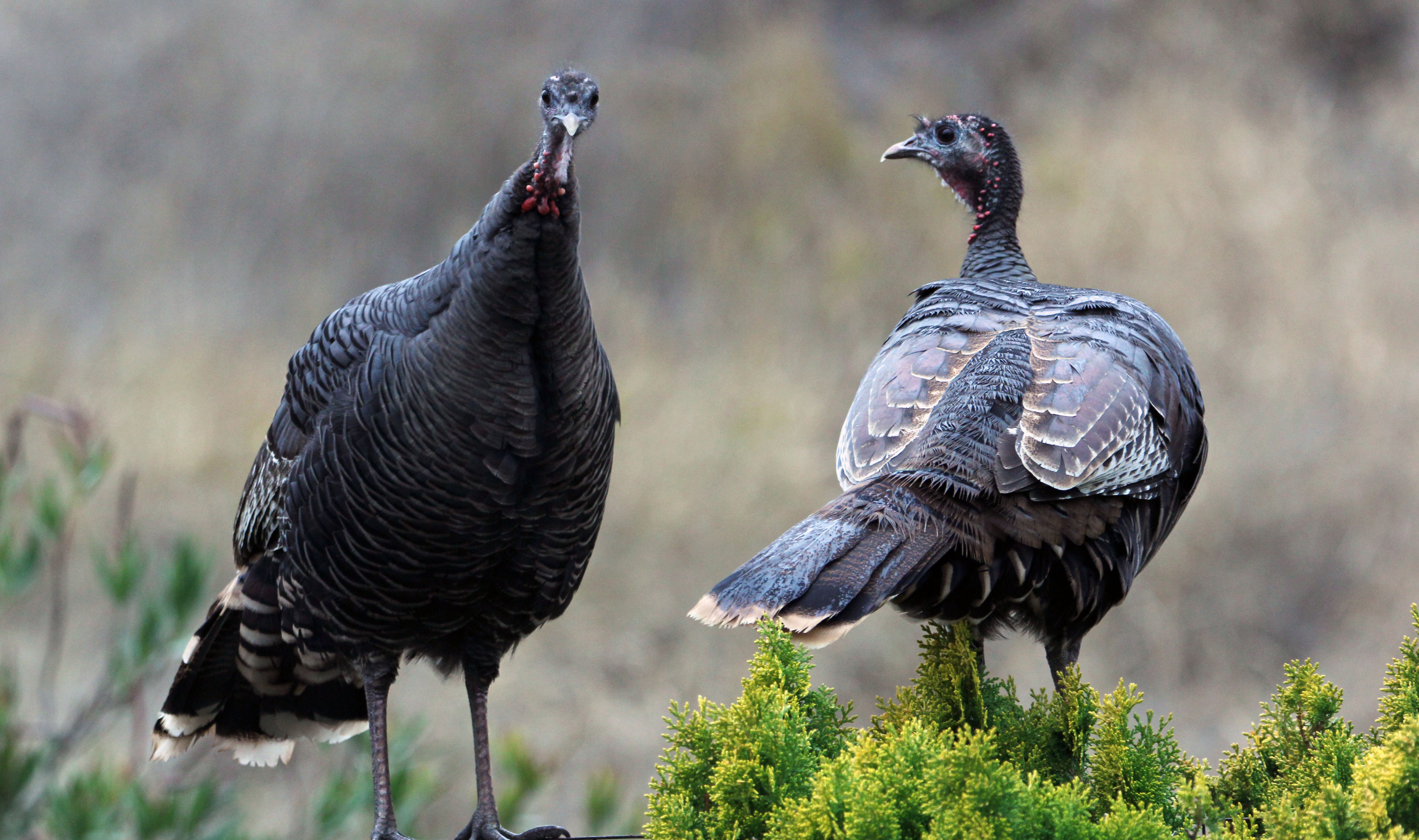 We’re five days past Thanksgiving and the local wild turkeys are strutting around with unabashed self-assurance.

Actually being the honored guest at a family feast is the least of the dangers our local turkeys face. Their only concerns should be a speeding motorist or a hungry coyote.

On seeing a flock of the big birds in the fields behind the house the dogs whine and whimper and whirligig in front of the glass door pleading to be cut loose as if their very existence depends on it.

Launched from the house Chloe the lab bounds to the fence and barks while Lexi the Gordon Setter skids to a halt and just stands at the wire fence and stares quivering with tail straight out like a proper bird dog.

The turkeys just go about their business, jabbing with their beaks at the moist morning grass making cooing sounds and ignoring the two dogs almost in a teasing manner – we’re here and you’re there.

When you itch – you scratch

Turkeys are maligned as bird brains (well, what else?) but I do enjoy watching the local flocks pecking away in the local fields.

Don’t get too comfy though. Remember my feathered friends that turkey is often the main course of the Christmas meal.

A flock pecks its way through the early morning sun and into the mists over the creek.

Turkeys know their names, come when you call, and are totally affectionate. They’re better than teenagers.                  ~ Elayne Boosler